A segment of Route 66 in New Mexico plays "America The Beautiful" when it is driven over at a specific speed. 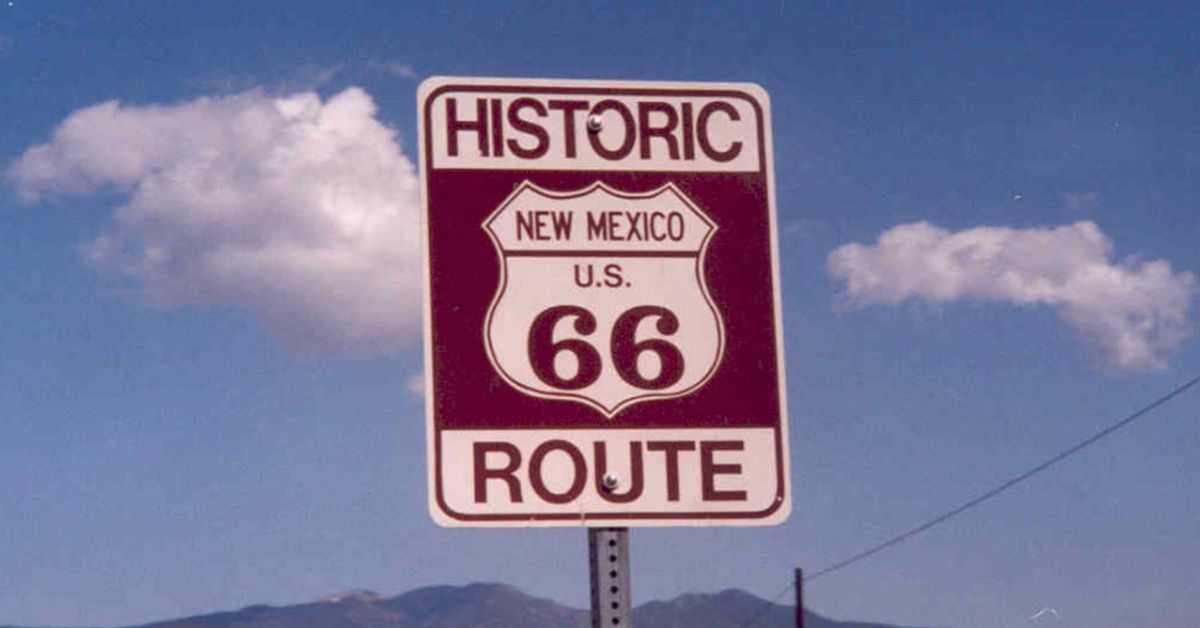 Claim:
A portion of Route 66 in New Mexico plays "America the Beautiful" when you drive over it.
Rating:

A video purportedly showing a section of Route 66 in New Mexico that plays "America The Beautiful" when drivers pass over a series of rumble strips was recirculated on social media in December 2016:


This video is completely real.  The musical highway was created by the New Mexico Department of Transportation (NMDOT) and National Geographic in 2014. The singing stretch of road is located just outside of the town of Tijeras in New Mexico:
In order for the song to play correctly you need to be traveling at a speed of 45 mph. Matt Kennicott, director of communications for NMDOT, explained some of the science behind this musical highway to Smithsonian magazine:

“The road works by the simplest bit of science, Kennicott says. “All of the sounds and music notes that we hear in day-to-day life are just vibrations through the air. For instance, anything that vibrates 330 times in one second will produce an E note—a guitar string, a tuning fork or even a tire. To produce an E note with a car, we had to space the rumble strips such that if driven at 45 mph for one second, the car would hit 330 strips. A bit of math tells us this is 2.4 inches between each rumble strip. After that, it’s a case of breaking down the music into exact chunks of time and applying the same technique to each space depending on what note is needed and for how long.”

This isn't the only musical highway in the world. Similar projects have been completed in Denmark, Japan, and South Korea.