Is This a Hermit Crab Using a Skull for a Shell?

An image purportedly showing a hermit crab using a human skull is actually a lifelike sculpture. 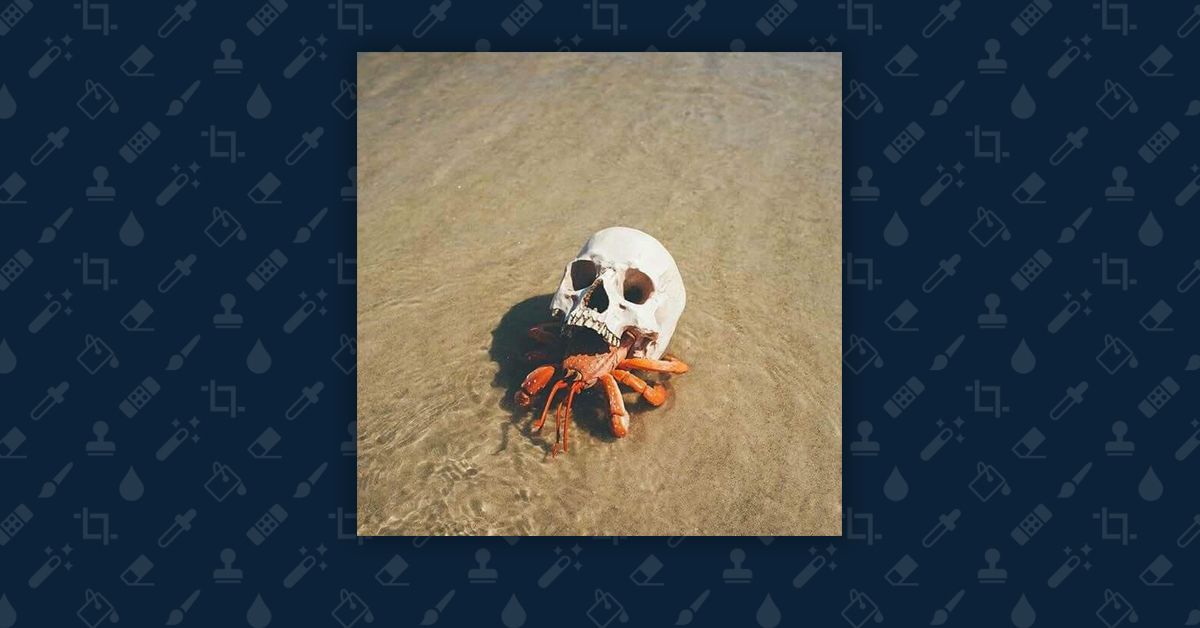 Claim:
A photograph shows a hermit crab using a human skull as a shell.
Rating:

A growing hermit crab is always on the lookout for a bigger shell, and when an appropriately sized shelter isn't readily available, these crustaceans sometimes have to make do with whatever debris they can find on the beach. We have seen hermit crabs using sardine cans, glass bottles, bottle caps, and according to a viral image, even a human skull: This image shows neither a real hermit crab nor a real human skull, but an art sculpture called "Migratory Soul" that was created by Josh Keyes, who posted it to his Facebook page in July 2015, along with a brief description:

Out of the crashing waves they crawled onto the shore. Hundreds of giant hermit crabs, some encased in rusty appliance and automobile parts, while others found their home in the empty skulls and diving gear of unfortunate crew and passengers. Some stagger under the weight of the peculiar objects on their backs but most scuttle along the shore, looking for food, and occasionally stop to exchange homes with a neighbor. The clack, clang, and clattering sound of bone and metal drifts eerily in the blowing sand.

Keyes has created at least one other hermit crab-based piece. Both "Migratory Soul" (featuring the hermit crab in a human skull) and "The Hermit," featuring a crustacean in a scuba helmet, are available via Toy Qube: