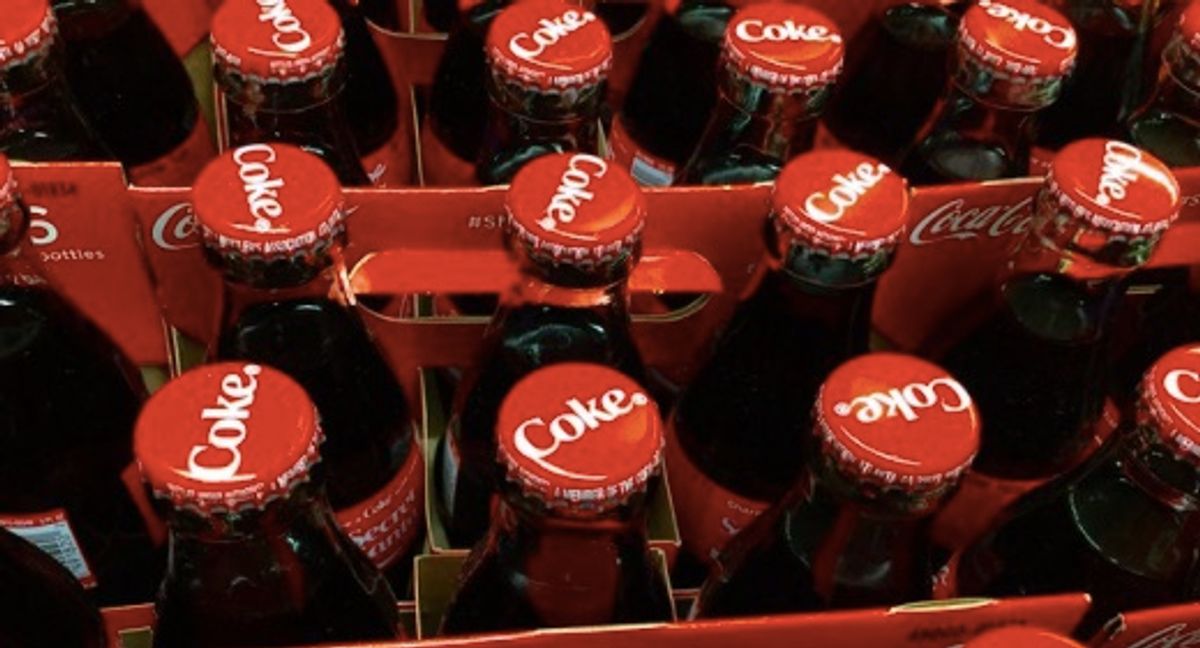 Claim:
The Coca-Cola Company is selling a helium-carbonated version of Coke.
Rating:

On April 1, 2017, British magazine Families published an article on its website positing that soft-drink company Coca-Cola was creating a version of its standard drink carbonated with helium:

The famous brand Coca-Cola are giving its fans hilariously high pitched voices this week, with the launch of a brand-new variant: Coca-Cola Helium. The press released emailed today claims “the highly-anticipated launch introduces a twist to the much-loved Coca-Cola Classic, by carbonating it with a small shot of helium. The new recipe keeps the same fizz and great taste but with added fun as, when consumed, the drinker's voice takes on a whole new pitch.”

The idea of drinking a Coke and talking with a high-pitched quack may seem like a welcome diversion from stress caused by the upcoming U.S. presidential election. Unfortunately, however, this item was not a factual recounting of real-life events. The article contained a disclaimer noting that it was an April Fools' Day joke:

This is not the first time a claim has circulated that a beverage would be infused with helium for comedic effect. Past helium-drink jokes have included wine and beer.