Is This Heath Ledger Posing with Cillian Murphy? 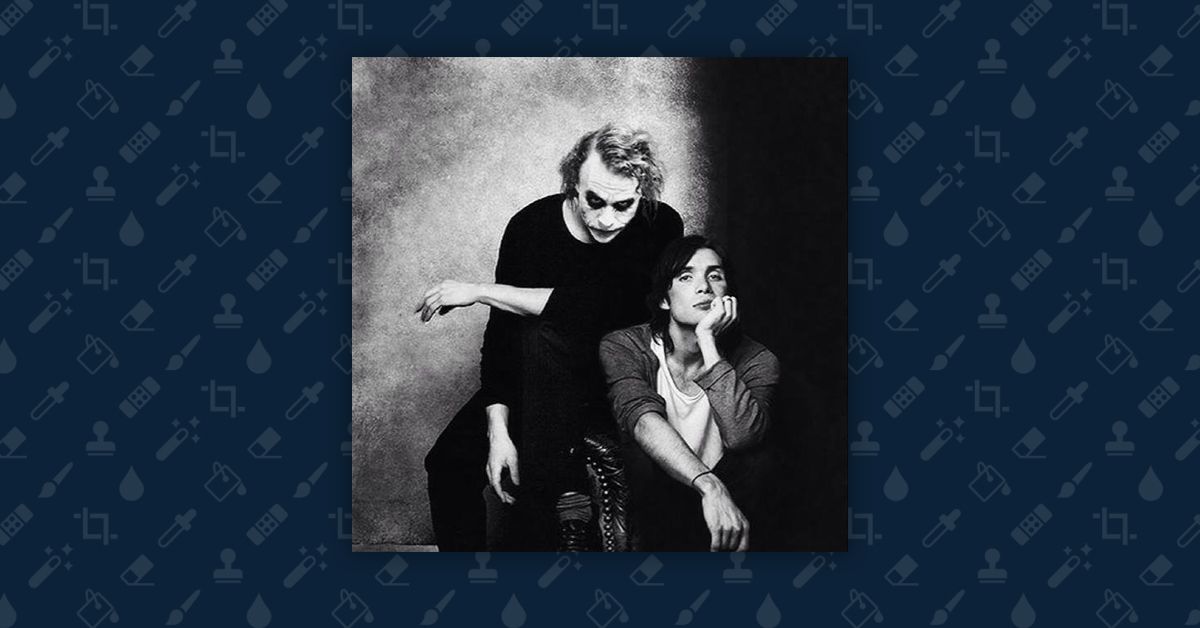 On 13 September 2017, the Twitter account @historylvrsclub recirculated an old image purportedly showing actors Heath Ledger (dressed up as "the Joker" character from 2008's The Dark Knight) and Cillian Murphy (who played "The Scarecrow" in the same film): The photograph isn't real, however. It's a digital creation that was posted in 2013 to the art-sharing web site Deviant Art by the user Eri-Sadistic-Snake. The piece, titled "Portraits of Monsters," is tagged "digital art" and "photo manipulation."

The same user has posted at least two other pieces of digital artwork showing Ledger and Murphy together: