Was a little girl hanging out of a school bus window decapitated by a road sign? 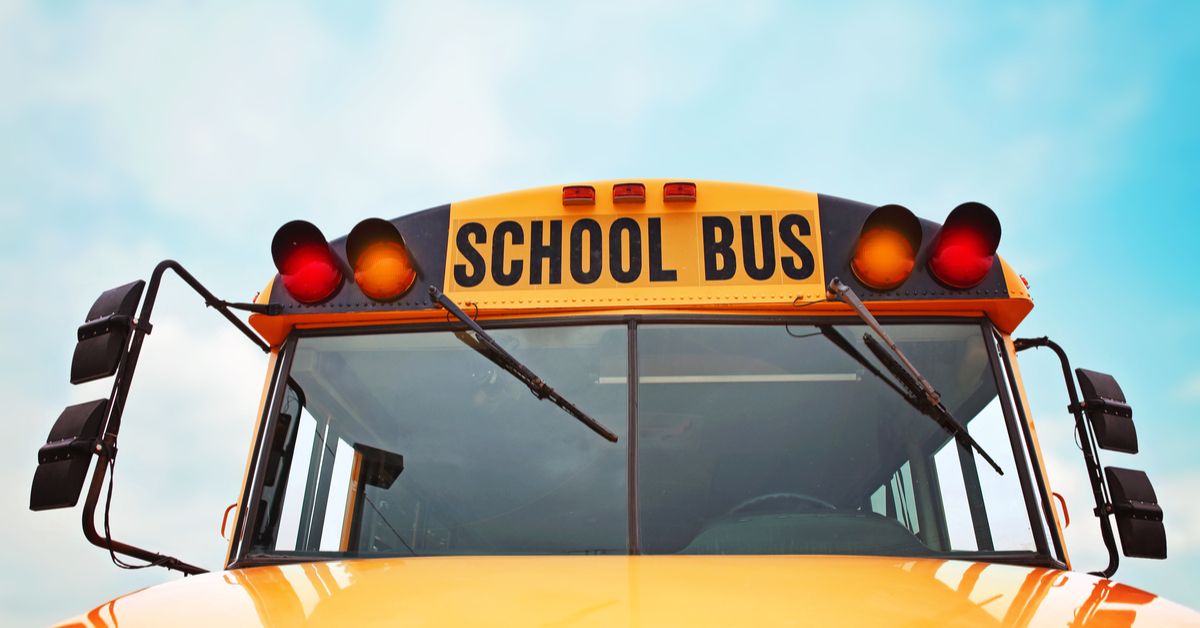 Claim:
A little girl whose habit it was to hang her head out the school bus window was decapitated by a road sign.
Rating:

This is a classic cautionary tale intended to keep youngsters from engaging in dangerous practices even when the parents aren't around to watch over them. The legend is generally circulated in one of two forms: as a horrific example of what happened to a heedless little kid riding on a school bus, or the awful fate that befell the beloved family dog allowed to ride with its head lolling out the car window. Both versions are held up as graphic examples to bolster what would otherwise be simple admonishments to kids to keep hands and feet inside vehicles at all times.

As much as we hate to undermine the effects good parental scaremongering with base facts, to the best of our knowledge there has yet to be a documented case of such a death. Kids riding in school buses have died — some even after hitting their heads on objects outside the bus — but there's yet to be a decapitation as described in the legend, let alone one by a road sign. As for dogs in cars, same thing — we've yet to find an instance of one losing its head in this manner.

The closest the legend has come to turning into reality have been the deaths of real teens and who stuck their heads out school bus windows, only to smack into poles and trees once the vehicles began to move. In 2010, 11-year-old Tiffany Lynn Ross-DiCicco of Detroit died of injuries received after being struck in the head by a tree branch while waving at a friend from a school bus window. In 1996, 13-year-old Minnesota teenager Charles Johnson was leaning out a school bus window to shout to friends when the bus began to move and his head slammed against a tree. The boy died of his injuries on impact. In 1994, 13-year-old Alicia Brager of New Jersey was leaning out an open window just as the school bus pulled away from the curb at her school, and she hit her head on a utility pole. In 1988, 15-year-old Richard Bailey of New Hampshire also died of head injuries after his attempt to get a better view of a schoolyard fight from inside the bus resulted in his hitting his head on a utility pole when the vehicle pulled away from the curb.

As tragic as those deaths are, they aren't the legend. Though they are clear examples of the fatal consequences of not keeping heads inside the bus and thus speak directly to the underlying reason for passing along "The Beheaded Schoolkid" (which is to protect the young from their own folly), such real-life events don't contain the most important element of the legend — decapitation.

Why the focus on decapitation, you say? The "beheading" element is indispensable to the story if the tale is to serve to keep kids safe. Without the gory mental image of a tyke's head lopped off and rolling down the road while inside the bus the now headless body spurts blood everywhere, the tale's message would be in danger of being forgotten. "Don't stick your head out a vehicle's window because you might get hurt" just isn't going to rein in a kid the way "A little girl had her head chopped off for doing exactly what you're doing right now" will.

To be effective as a caution that will be recalled by youngsters and acted upon, the described death has to be especially gruesome. Vivid mental imagery has to serve in place of an adult's understanding of death because kids and young people often have only a tenuous comprehension of their own mortality. Telling them they risk fatally smacking their heads into a pole lacks the requisite shock value to make such a warning memorable. But toss in a beheading and some spurting blood, and at least some of the message is likely to get through. The same principle is at work here that motivates the classic "Don't run with a stick in your hand" admonition: Kids are always told "or you might fall and gouge out your eye," never "or you might fall on it and hurt yourself."

In defense of this and similar parental fictions, such grisly cautions do influence us even into adulthood. As a child, I was repeatedly warned not to hang my arm out the car window because it could get cut off. Though I've turned this one over in my head many times and come to the conclusion such a freakish accident would likely never happen, even to this day when I so much as rest a hand out in the sunshine just past that window, this ghastly warning immediately floods my mind, and I am washed with guilt for even daring to risk such a possibility.