Was a Snake Dropped on a Family Barbecue By a Hawk?

A viral video purportedly shows a hawk dropping a snake on a family barbecue. 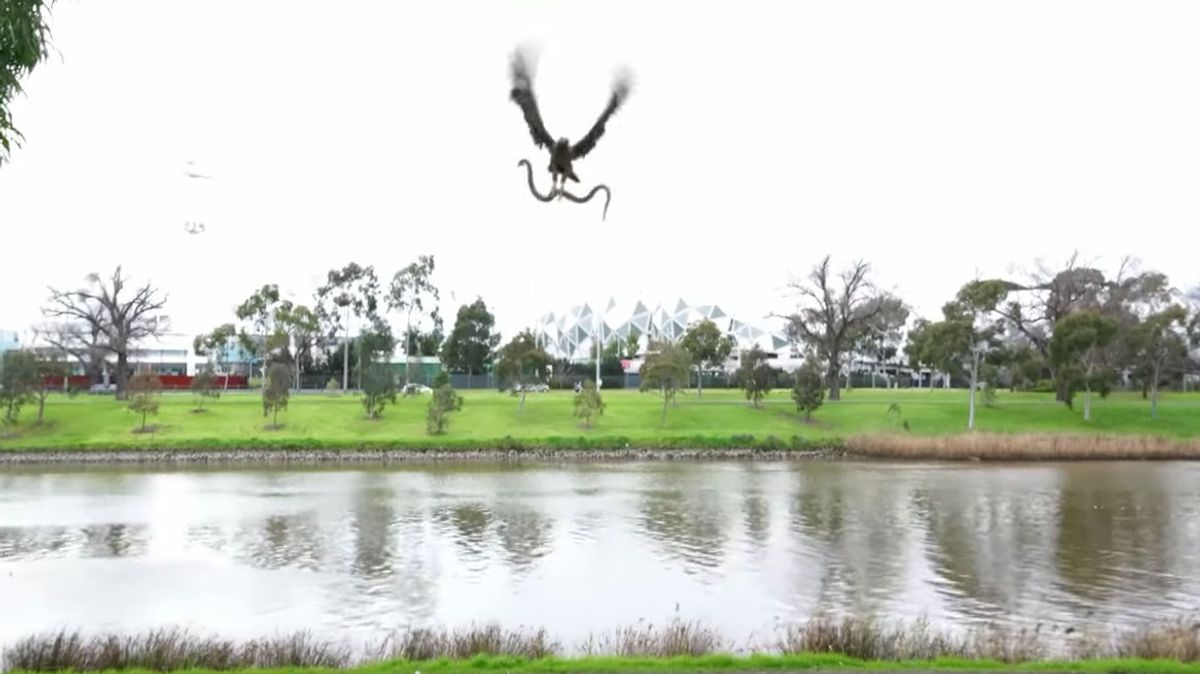 Claim:
A video shows a hawk snatching up a snake and dropping it amidst a family's barbecue.
Rating:

On 29 August 2016, a video purportedly showing a hawk snatching up a snake and then dropping it amidst a family's barbecue was posted to YouTube:

The video was widely shared online, but some viewers questioned the authenticity of the clip. Their skepticism was well founded, because on 1 September 2016, the the Hawthorn Hawks of the Australian Football League confirmed that they had concocted the viral video as a marketing ploy:

HAWTHORN have launched their 2016 finals campaign, Embrace the hunt, with the release of an innovative viral video.

The video which features a hawk dropping a snake onto a family picnicking along the Yarra River was originally posted to YouTube under the alias of ‘Douglas Wong.’

Hawthorn’s media team partnered with Melbourne production company, The Woolshed, in an attempt to create a video that would encapsulate the club’s finals theme and generate widespread media coverage.

Embrace the Hunt launched as the Hawks begin their quest for a fourth straight premiership.

“It was quite incredible,” said a Hawthorn spokesperson. “We wanted everyone to know that it’s September and the Hawks are on the attack and hopefully we’ve succeeded. Our aim was to create a real buzz around the launch of our seventh consecutive finals campaign and really get people talking."