In 2019, Hawaii became the seventh U.S. state to legalize physician-assisted death for some terminally ill patients. 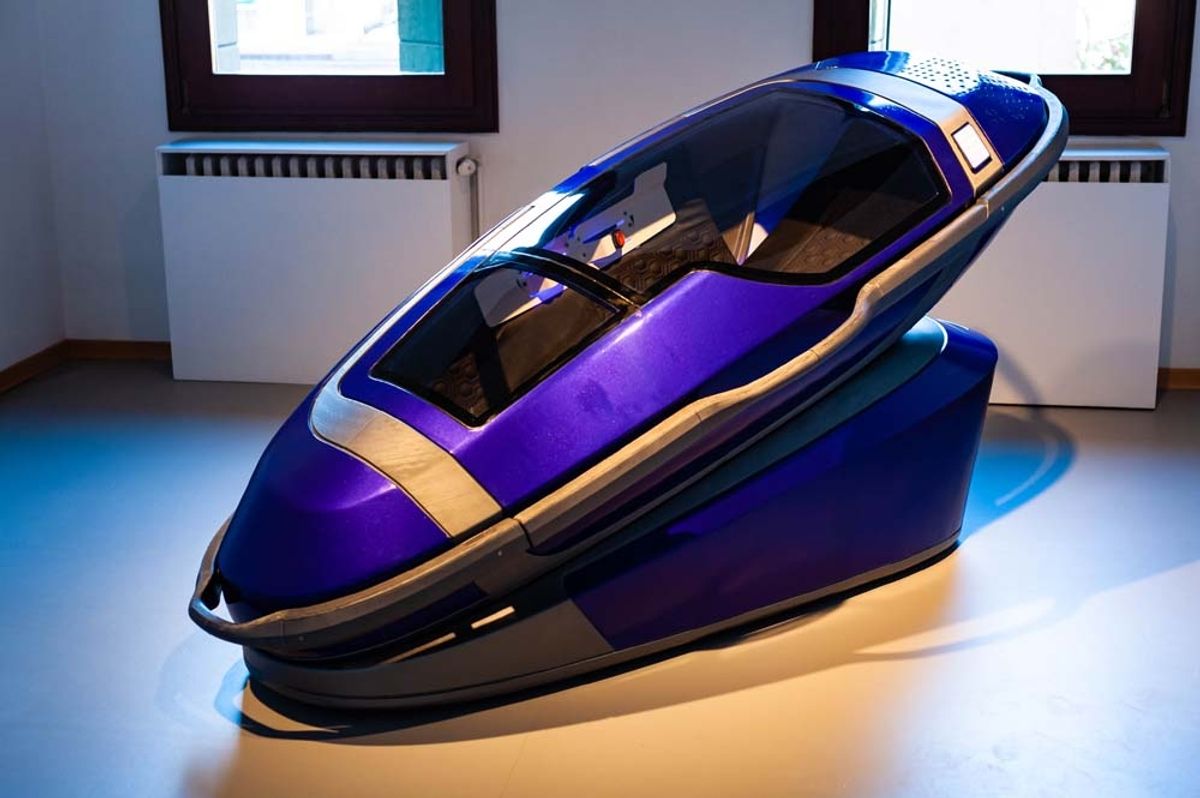 In August 2020, Snopes readers inquired about a widely shared Facebook post that claimed the Hawaii government had procured dozens of “death pods,” as readers called them — machines designed to enable terminally ill patients who choose to end their lives to do so under the direction of a medical provider.

The claim began when the parody Facebook page, The State of Hawaii shared a post on Aug. 15, 2020, that described the legalization of assisted suicide the year before: The post included the following description of the "pods":

To make the procedure as calming as possible, clients enter the pod and are able to select a movie, tv-show, or music to view and/or hear while they pass on.

To start the procedure, the client must hold their hand down on a button for 30 seconds; this confirms to the system that they are ready to go. At this point, the pod door locks and a mixture of gases are dispensed into the pod. These gases cause the person's brain to slowly shut down over a period of around 15 minutes. The combination of gases is tasteless and odorless and causes the patient to fall into an endless sleep.

Once the procedure is completed, the internal membrane of the booth detaches, and a pump sucks the air out of the pod, this shrink wraps the body inside. The body is then lifted out of the pod and is disposed of per the client's wishes. A new membrane and gas canisters are installed ready for the next person.

The total procedure takes proximity for one hour, and each pod is capable is serving approximately ten clients a day. This fast, effective service should allow the majority of people to experience very low wait times, but should they be needed, we may consider ordering more pods.

This post was not a real announcement from the state of Hawaii. It was, its creators explained, offered as satire or humor. The State of Hawaii Facebook page is described as an “entertainment website” and notes in its about section that the official name for the government and state of Hawaii is referred to as simply, State of Hawaii. (Contact information for Hawaiian government officials can be found here.)

“The posts we make on our page are not just satirical for comedic value, but often have enough depth to them to make people stop and think, do we need this? Is this something that the government we have elected would really do?” a page administrator who wished to remain anonymous told Snopes.

“Many of the people that appeared to take our post literally had stories of watching loved ones suffer from terminal illnesses. They explained how a machine like this could have taken away months of pain and suffering and allowed their loved ones the choice to pass on their own terms,” they added.

The post contained some elements of truth, and the image it included did depict a real product. As of Jan. 1, 2019, the state of Hawaii became the seventh U.S. jurisdiction to legalize assisted suicide under the Our Care, Our Choice Act.

Such death with dignity acts allow options for some individuals who are terminally ill to end their lives with the help of a doctor. The American Medical Association (AMA) notes that physician-assisted death (PAD) or suicide occurs when a medical professional “facilitates a patient’s death by providing the means and/or information to enable the patient to perform the life-ending act,” which typically involves euthanasia. At least eight states and the District of Columbia have enacted death with dignity legislation, or aid-in-dying laws, according to the nonprofit group Death with Dignity.

Developers have also created another, high-tech option for those considering PAD. Philip Nitschke, a former doctor and current founder of Exit International, a company specializing in end-of-life technology, developed a “capsule” that is capable of creating an “oxygen-free environment in less than a minute.” Nicknamed Sarco — short for sarcophagus — the 3D-printed “death pod” creates a hypoxic environment that rapidly decreases oxygen while maintaining a low level of carbon dioxide to give its user a “peaceful, even euphoric death.”

The Sarco machine was first announced in 2018 and passed final testing in August 2020. However, individual capsules are not available to the public at the time of writing. Those wishing to use Sarco will have the option to buy plans for 3D printing and will need to acquire the requisite liquid nitrogen themselves.

That being said, Hawaii did not purchase any such products and has not announced any plans to do so at the time of writing.

The question of allowing ill patients to end their lives has been the subject of ethical, religious, and moral debates and, despite its legality in several European and South American nations, the practice remains a point of division among American medical professionals. A 2016 opinion piece published by the AMA argued that PAD is “fundamentally incompatible” with the code of medical ethics and a doctor’s role in healing a patient. The Hastings Center, a bioethics research institute, argued that PAD should only be considered as a last resort and only when another treatment has failed. Proponents of the practice contend that patients have a right to end their lives on their own terms, particularly when they are suffering or in pain.

The practice was first legalized in the U.S. in Oregon in 1995. In 1997, the U.S. Supreme Court heard arguments in two PAD cases (Washington v. Glucksberg and Vacco v. Quill) and found that there is no constitutional right to the practice and that decisions involving its legality remain at the state level.