Imminent Changes Introduced to Texas Insurance Law in the Midst of Harvey? 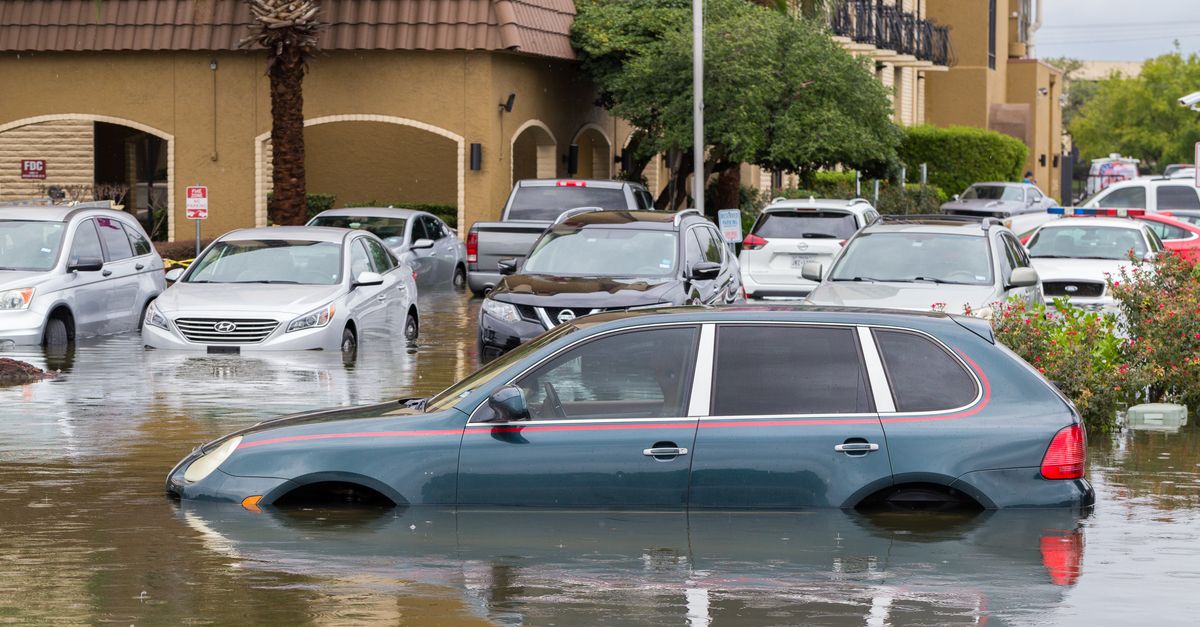 Claim:
On 1 September 2017, a new law will come into force in Texas, making it harder for consumers to get paid for property insurance claims related to weather.
Rating:

On 27 August 2017, as the full damage to Texas from a storm of historic proportions was not yet fully known, a number of social media posts began to spread, alerting readers to a change in Texas law around insurance claims in the event of weather damage.

The changes were made by H.B. 1774. The provisions in that bill hamper your ability to challenge your insurance company if they slow pay, low pay, or deny your claim. (Among other things, It lessens the penalties for their failure to pay your claims or their slow-paying them, and it limits your ability to collect attorneys fees, so you'd have to pay to sue out of your own pocket.) Again, this law makes it harder for you to get the insurance companies to pay what they are supposed to pay when they are supposed to pay it.

In the 2017 Legislative Session, a majority of your state lawmakers changed the laws which help property owners recover losses after a storm like Harvey and hampered your ability to hold your insurance company accountable if they slow pay, low pay, or no pay.

And on 29 August, Rep. Joaquín Castro encouraged Texans affected by Tropical Storm Harvey to file their claims before 1 September:

Texans: be sure to file for #Harvey relief before Sept 1. #TXlege passed a bill making it harder to dispute weather-related property claims.

Texas House Bill 1774 does indeed introduce changes to the way property damage insurance claims are dealt with in the state, but only in the event of a litigated dispute over a claim. Most insurance claims are settled out of court, and so the potential benefit in filing a claim before 1 September 2017 (which is itself marginal) will likely not apply in most cases.

The real benefit would be in filing a lawsuit before 1 September, but for obvious practical reasons, it is extremely unlikely that someone whose home has been destroyed or extensively damaged days earlier, would be in a position to do this.

What the law changes

The first major provision in the law is that an individual or business filing a lawsuit in relation to a weather-related property damage insurance claim (including flood damage) will have to give their insurance company 61 days' notice before initiating litigation.

According to an analysis published by the independent House Research Organization in the Texas House of Representatives:

[The law] would require an insured [person] making a claim against an insurer or agent relating to damage to real property caused by an earthquake, earth tremor, wildfire, flood, tornado, lightning, hurricane, hail, wind, snowstorm, or rainstorm to provide written notice to the insurer at least 61 days before filing the claim. This pre-suit notice would have to provide a statement of the acts giving rise to the claim, the specific amount alleged to be owed, and amount of reasonable and necessary attorney's fees already incurred by the claimant. This notice would be admissible as evidence in a civil action or alternative dispute resolution.

The bill would require the court to award the full amount of reasonable and necessary attorney's fees if the amount to be awarded in the judgment divided by the amount alleged to be owed was at least 0.8, not limited by statute, and recoverable. The court would be prohibited from awarding attorney's fees if this fraction was less than 0.2, or if the claimant failed to provide pre-suit notice.

We consulted two experts on insurance: Etti Baranoff, an associate professor of finance at Virginia Commonwealth University and a former regulator at the Texas Department of Insurance, and Dalit Baranoff, a historian of insurance policy who runs the Risks and Consequences blog.

They told us the bill is designed to discourage consumers from taking a claim to court and filing exaggerated claims, but otherwise doesn't change the process of settling claims out of court.

HB 1774 should not have any effect on homeowners’ ability to recover claims from insurers. The law has nothing to do with payment of insurance claims. It only applies if a lawsuit is involved. The vast majority of insurance claims will be settled without any dispute. Where it does come into play, is if a policyholder disagrees with an insurance settlement, in which case litigation is still an option.

This is where the 61-day waiting period comes into play, which the Baranoffs say is "meant to encourage mediation and out-of-court settlement", and the 80/20 rule in the new law will make it harder for people to recoup their legal costs if they decide to sue. The reasoning behind this, according to the Baranoffs, is to discourage inflated or exaggerated claims, since claimants will be less likely to be awarded 80 percent or more of a relatively large claim and are therefore more likely to have to pay some attorney's fees if they do.

Indeed, the stated purpose of HB 1774 was to stop a historic increase in the number of hailstorm-related property damage insurance claims, something the bill's sponsor State Representative Greg Bonnen called "the worst lawsuit abuse we have in the state" (Relevant portion begins at 3:50).

Tanya Pierce, Associate Professor of Law at Texas A&M University, previously practiced in the area of complex litigation and insurance coverage. She told us there is only one potential benefit to homeowners in filing a written claim before 1 September 2017:

Again, however, this benefit only accrues if the homeowner later decides to sue the insurance company.

Under current law, Pierce says, an insurance company would have to pay 18 percent interest on whatever they owed in the event that a consumer successfully sues them for a delayed payment. Under the new law, she points out, companies would have to pay a lower rate of interest arrived at by adding 5 percent to the interest rate determined under Sec. 304.003, Financial Code (Sec. 2c).

So there is a potential benefit in filing a claim before 1 September 2017, but only if you then later file a successful lawsuit in the event of a dispute over your payment.

If a consumer were to file a lawsuit against their insurance company before 1 September, they could experience a significant benefit from having done so. However, if their home has been extensively damaged just before 1 September 2017 (by historically catastrophic flooding, for example), it is extremely unlikely they would be able, practically speaking, to find and hire an attorney and file a suit before 1 September.

They would also have to have a reasonable basis to sue — a dispute over their claim, or an insurance company's refusal to pay, for example — a process that there simply wasn't time for between the arrival of Tropical Storm Harvey on 26 August and the enactment of the new law on 1 September.

The only potential benefit from filing a claim before 1 September is that if someone later decides to sue the insurance company and wins, the company will be obliged to pay them the higher, pre-September rate of interest on what they owe.

The claims contained in viral Facebook posts on 27 August 2017 are a largely accurate description of the provisions of HB 1774, but they do lack important context and do not make it clear to readers that the law only affects how claims are dealt with in the event that someone decides to sue an insurance company. These posts do not include that most insurance claims are settled out of court, and will therefore not be directly affected by the change in the law.