A single 2014 study out of Korea examined the effects of instant noodles or ramen on health, but the findings were not definitive. 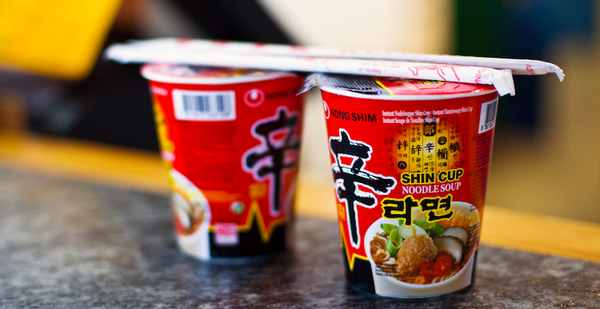 Claim:
A Harvard study proved instant noodles and ramen can cause irreversible damage to your body.
Rating:

A 2014 study found some indication that frequent consumption of ramen was linked to adverse outcomes.

The results of the study have not been reproduced, and the research states that instant noodles haven't been isolated as a single factor in adverse health outcomes.

On 4 July 2016, the web site NextShark published an article reporting that a Harvard study had found that the consumption of instant ramen causes extensive health problems to those who frequently partake of that convenience food:

Cheap, easy to prepare and undeniably delicious, instant noodles have become a favorite food in many countries around the world despite its reputation for being unhealthy.

Also called ramen, the pre-cooked dried noodles packed with flavoring powder and seasoning oil, has often been criticized as a meal devoid of nutrients. Despite the meal being notoriously known to be high in carbohydrates and fat but very low in protein, fiber, vitamins and minerals, it has somehow retained its global popularity,

A Baylor University and Harvard study published in the Journal of Nutrition revealed that eating instant noodles may increase risks of heart disease and stroke, according to Washington Post.

The researchers analyzed the health and diet of 11,000 South Koreans between ages 19 and 64. The study showed that South Korean women were at high risk of metabolic syndrome due to the large amounts of ramen they consume. Curiously, the result was not found on male participants, which the scientists attribute to biological differences between the genders.Metabolic syndrome often lead to increased blood sugar and blood pressure levels, causing a higher risk of diabetes, stroke or heart disease.

The claim gained traction in July 2016, but it was not new at that time. The article on which the claim was based was originally published in by Live Science in August 2014 and simply reiterated portions of the study along with commentary from a nutritionist on whether the research from Korea might also apply to noodle-eaters in the United States:

The study was conducted in South Korea, an area known to have the largest ramen consumption group in the world, where people consumed 3.4 billion packages of instant noodles in 2010.

But the findings could apply to people in North American too, said Lisa Young, a nutritionist and professor at New York University who was not involved in the study. "We [in the States] don't eat it as much, but the ramen noodles are being sold, so this could apply to anywhere they're sold, and they're sold almost everywhere."

The research was later often billed as a "Harvard study," but we couldn't find any reference to Harvard in its text other than the affiliations of some its researchers. Information made available to the paper's publisher indicated some funding came from the Baylor Heart and Vascular Institute Cardiovascular Research Review Committee, but neither Harvard nor Baylor was directly involved with the research.

According to NextShark, the study showed that South Korean women were at "high risk" of metabolic syndrome from heavy ramen consumption, but the supporting material painted a more detailed picture. In the paper's methodology section, researchers stated that the study aimed to investigate the association between "dietary patterns, instant noodle consumption, and cardiometabolic risk factors by using the Korean National Health and Nutrition Examination Survey (KNHANES) cross-sectional survey", with subjects self-reporting their eating habits. Researchers also described using a "63-item food-frequency questionnaire," or "FFQ," and explained how instant noodles showed up as a dietary factor:

Dietary intake information was collected by FFQ (frequency only with no portion-size question) and independent 1-d 24-h recall. The FFQ consists of 63 food and beverage items reflecting the most frequently consumed foods and other nutrients among South Koreans; it has been widely used for many diet-disease studies in Korea, supporting the validity of the FFQ ... Participants were asked to choose from 10 possible frequency responses, ranging from “almost never” to “3 times a day” for each food. Food and beverage intakes from the FFQ were categorized into 38 food groups The median intake frequency was normalized by using a Z score to generate dietary pattern scores separately in males and females. In secondary analysis the median intake frequency of each food group was divided by total energy intake (nutrient density method) as assessed by 24-h dietary recall and normalized using a Z-score to generate energy-adjusted dietary patterns to decrease variation from differences in body size or physical activity and to decrease measurement error. Intakes of total energy, proteins, fats, carbohydrates, and sodium were calculated from the 24-h dietary recall data.

Respondents organized themselves into two rough groups. The first consumed a more basic and traditional diet, while the second reported ingesting a laundry list of non-healthy items including fried food, pizza, soda, and instant noodles. The researchers examined the data from myriad viewpoints to assess the specific effects of instant noodles on dietary health among Korean participants and noted some mitigating factors in the results:

Our study had several limitations. First, we cannot infer a causal relation given our cross-sectional study design. People diagnosed with hypertension, hyperlipidemia, or diabetes mellitus might reduce their consumption of unhealthy foods, leading to reverse causation bias. However, the stronger association between instant noodle consumption ≥2 times/wk and metabolic syndrome among women after excluding participants taking blood pressure–lowering and lipid-lowering medications or who had a history of diabetes mellitus might indicate the robustness of that association. Second, dietary pattern construction by principal components analysis may be limited by subjectivity in the proper number of extracted factors and food-grouping methods. Third, our FFQ was limited by the lack of portion size, but previous reports showed that a frequency-only FFQ might be sufficient for diet-disease relation analysis, because portion size contributes a relatively small amount of information on variation in intake.

It is true that a study published in 2014 examined the potential adverse effects of instant noodle consumption in Korea, but the research relied on self-reporting, did not isolate instant noodles as a cause of health problems, and was not necessarily applicable to subjects outside that country.