Sometimes the simplest and most correct answers are the least satisfying. 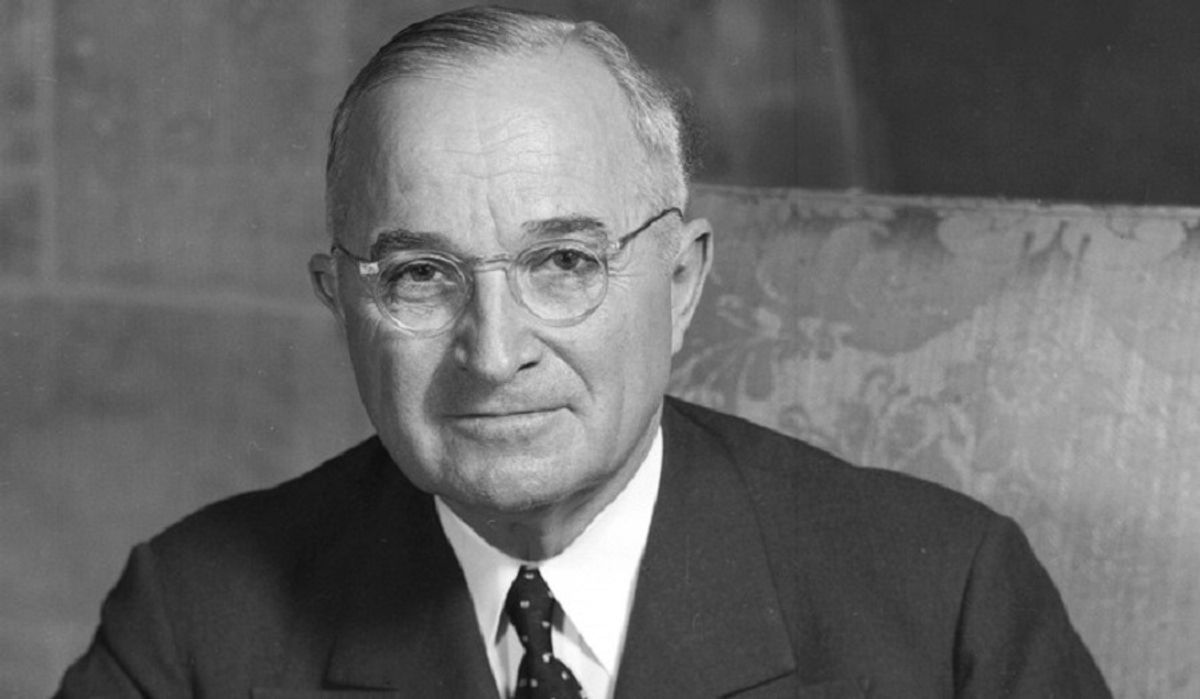 Harry S. Truman, the 33rd President of the United States, came into the world on 1884. However, his parents, John Anderson Truman and Martha Ellen Truman, couldn't decide on a suitable name for their bouncing baby boy, and when the attending doctor finally registered the child's birth with the county clerk a month later, the infant still had no name. Eventually the Trumans chose to name their boy "Harry" after his maternal uncle, Harrison Young.

Unable to decide between a middle name honoring Harry's maternal grandfather (Solomon Young) or his paternal grandfather (Anderson Shipp[e] Truman), John and Martha opted not to give little Harry a middle name at all and settled on something that could represent either grandparent: the letter 'S' by itself. (As Truman biographer David McCullough noted, using a single letter that stood for nothing specific was "a practice not unknown among the Scotch-Irish, even for first names.")

Although the 'S' was not technically an abbreviation and therefore did not need to be followed by a period, Truman's full name was generally rendered as during his lifetime, and Truman himself used letterhead bearing the name and signed his name with a period after the 'S,' as shown in these excerpts from letters on file at the Truman Presidential Museum & Library: