Rumors that a "Harry Potter" show was coming to Netflix were sparked by an April Fool's joke and a piece of fan art. 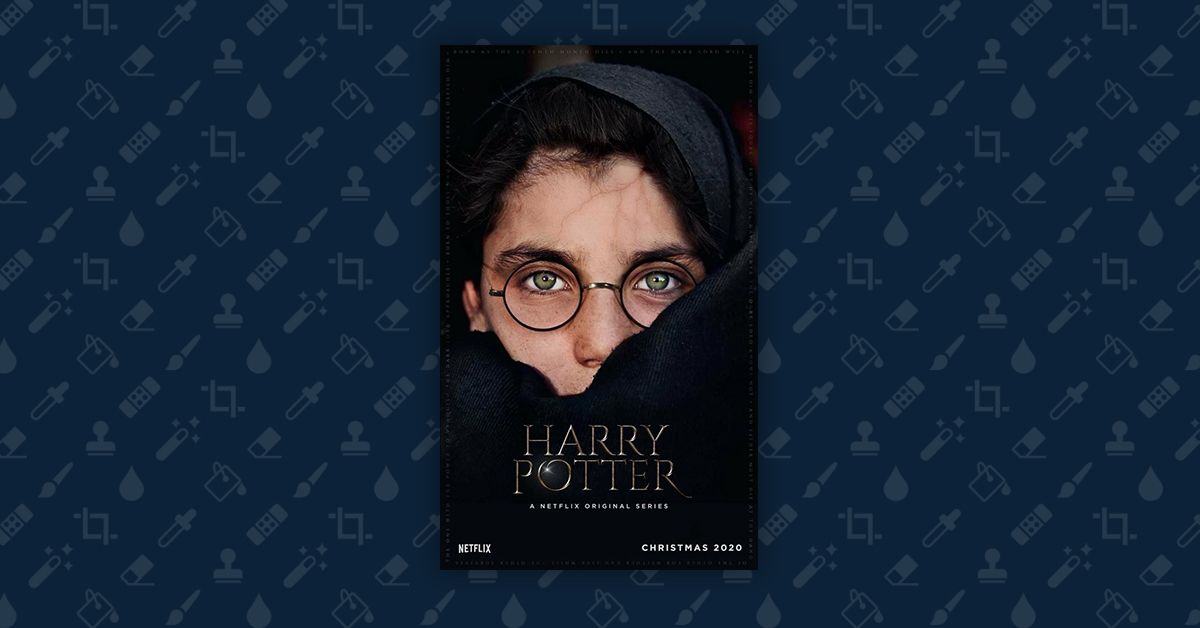 Claim:
Netflix announced in April 2017 that it was creating a new 'Harry Potter' television series.
Rating:

Sadly for J.K. Rowling fans, there is no Harry Potter Netflix series in the works -- at least as of January 2018. A rumor that the series was in production originated with a fake advertisement for the series and a 2017 April Fools' Day joke.

The fake advertisement has been making its way around the internet since at least November 2017: This is not an official advertisement created by Netflix. For one, the online streaming service has not made any announcements about a new Harry Potter series as of this writing.

This fake movie poster was created by digitally altering a photograph that photojournalist Bobby Sager shot in Afghanistan in 2001. Here's a comparison of the doctored image (left) and Sager's photograph (right): The fake advertisement was likely created by Jordan Edwards, the Creative Director at Mischief Management, who originally shared this poster along with a message stating that this was a "dream project" that he hoped would happen someday.

However, the rumor about the series predates that poster. On 1 April 2017, the web site Hypable published a story claiming that the cast of Stranger Things would star in a Harry Potter series:

Stranger Things.Harry Potter. A combination that no one really took seriously, unless you’re a Netflix executive.

In a stunning turn of events that surprised literally everyone, Netflix’s latest press release is about to blow. your. mind. Several actors from Stranger Things have been plucked to star in a brand new Harry Potter television series set in the US!

The story was published on April Fool's Day and no other outlet reported the "news." The story also included quotes from Stranger Things star Gaten Matarazzo (whose name they misspelled) that are simply too outlandish to be believable:

“Honestly, I’m just to kick some wizarding world ass,” Mararazzo said in the same interview. “I’m so tired of being called adorable, I wanna be the next Harry Potter!” We tried to tell him that there was already going to be a Harry Potter according to the timeline and he responded, “Yeah, but have you seen my Funko figure? It’s totally cooler than his.”