Is Daniel Radcliffe Starring in 'Harry Potter and the Cursed Child'? 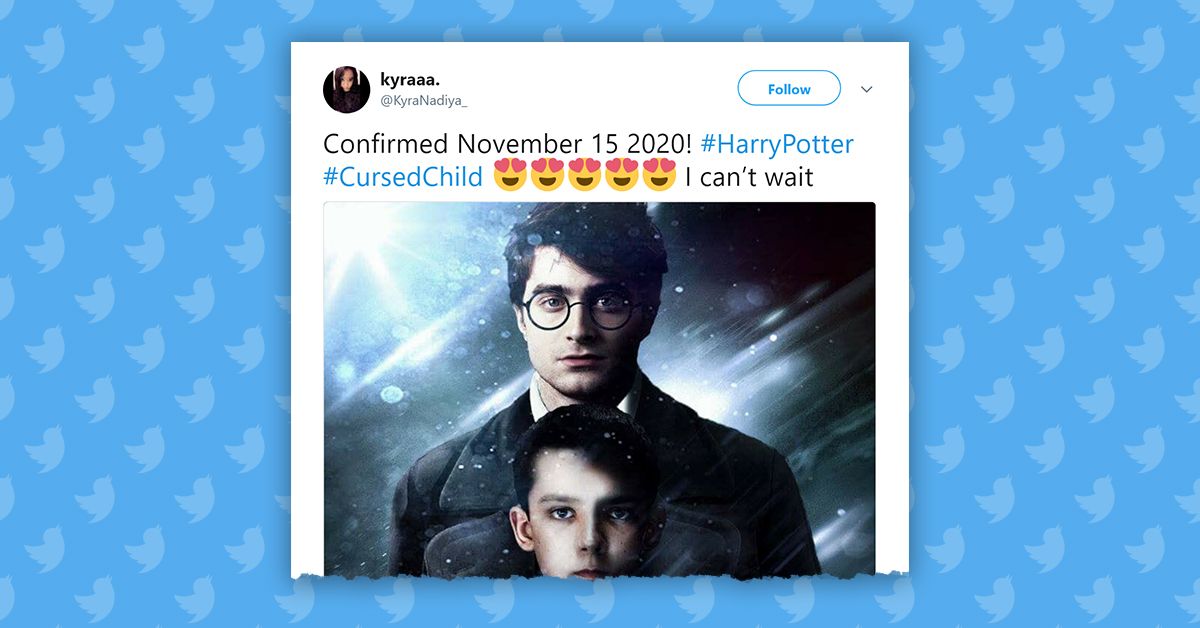 Claim:
In April 2018, Daniel Radcliffe announced that he would reprise his role as Harry Potter in a new movie called "Harry Potter and the Cursed Child."
Rating:

On 1 April 2018, a number of Harry Potter fan pages on Facebook posted a very convincing movie poster along with claims that Daniel Radcliffe was set to return to the franchise for an upcoming movie called Harry Potter and the Cursed Child: In case the date didn't make it clear, this is not a genuine film poster. Furthermore, no official announcements were made on 1 April 2018 about Daniel Radcliffe's return to the series, nor is any upcoming movie called Harry Potter and the Cursed Child or any derivation thereof in the works.

However, this particular hoax was easier to believe, because it does have some basis in fact. A play by the same name, which is based on a short story written by J.K. Rowling, John Tiffany, and Jack Thorne (who also wrote the play) has run in London since 2016, and opens on Broadway in April 2018.

Some Facebook pages have this poster presented as if it is genuine; others have admitted that this movie news was nothing more than a hoax: The fan-made poster has been around since at least December 2017. It appears to have been created by someone who goes by "BlueWolfArtista," and it was originally shared with tags such as "concept art" and "photomanipulation." The image of the cursed child was created by altering a still shot of actor Asa Butterfield from the movie Ender's Game: Harry Potter and the Cursed Child is a legitimate play, but whether it will become a movie remains to be seen — and it's a good bet that if it does, the announcement won't be made on 1 April.