Did a Fired Santa Send an Obscene Message to Harrods?

A fired department store Santa reportedly gained revenge on his former employer by spelling out a crude message in lights. 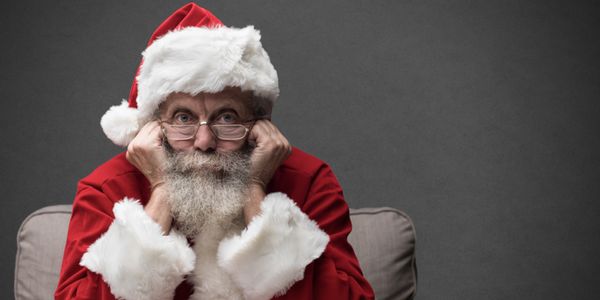 Claim:
A fired department store Santa gained revenge on his former employer by spelling out a crude message in lights.
Rating:

A purported news story from December 2010 told of a drunken and disgruntled department store Santa who took revenge on his employers after being fired, by reprogramming the light display on the store's exterior to spell out a crude message:

A disgruntled employee, fired by Harrods from his job as the toy department's Father Christmas, took revenge last night in spectacular style.

Gaining access to a maintenance control room, Lloyd Hudson, 35, from Ilford, Essex, was able to locate the chart and corresponding switches for Harrods' 10,000 external lights.

Barracading himself in, Hudson disabled the correct lights until he could spell out his feelings to Harrods bosses and Christmas shoppers alike. He was removed by security guards after an hour-long stand-off, then handed over to police.

"He had drunk the best part of two bottles of whisky," said a spokesperson for the iconic London store, "and it's that kind of behaviour that got him the sack in the first place." Hudson has since been released on police bail.

"Honestly, I am disgusted," said Irene Rider, 59, from Gary, Indiana. "I was with my grandchildren. We had just gotten off the bus. I said 'look everybody' and pointed up to the lights — but you know what the lights said? They said f**k off. And that is not an appropriate message for a child. At least not at Christmas time." This item was just a spoofish bit of holiday humor, however. The "news account" was fictitious, and the accompanying picture was an altered version of an Associated Press photograph of Harrods taken as the Christmas lights adorning the London store were switched on in December 2009: