That photograph of Harrison Ford holding a Trump sign is fake. 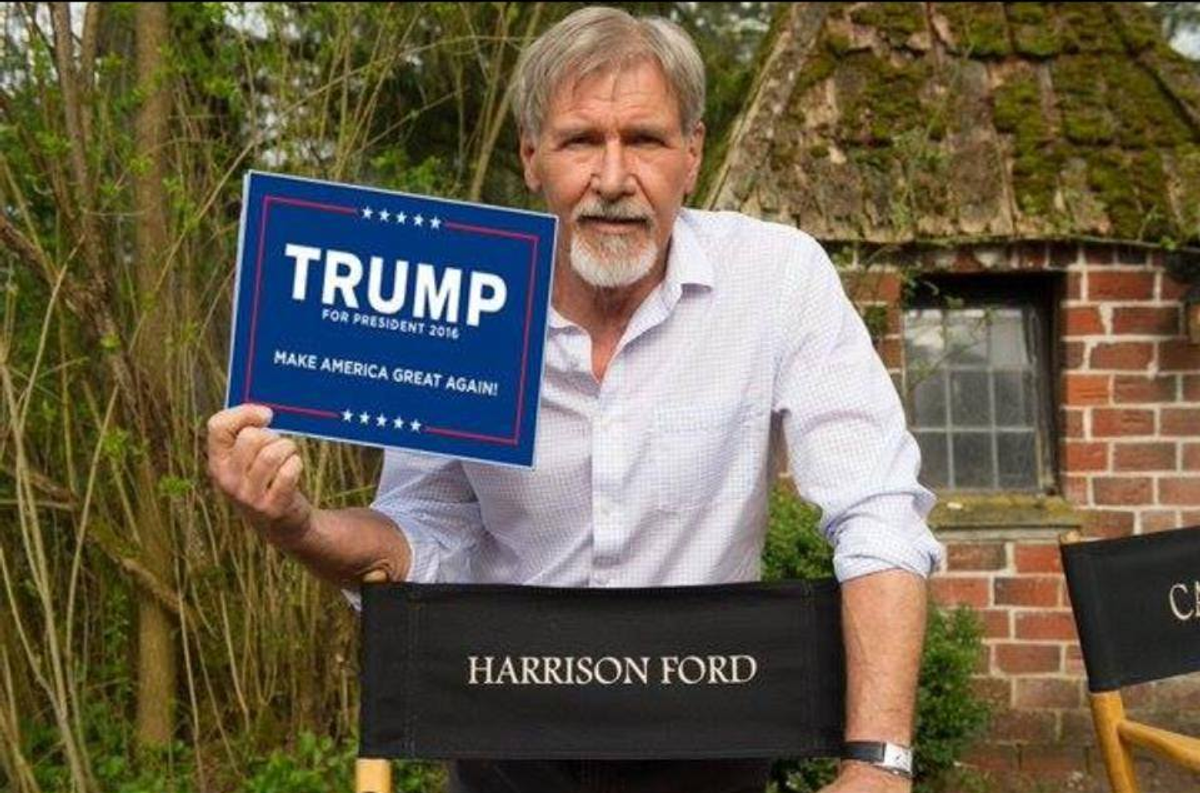 Previous Article
Next Article
Article 12 of 19 in Collection

Claim:
Harrison Ford endorsed Donald Trump via a photograph in which he held up a campaign sign.
Rating:

On or around 14 March 2016, the above-reproduced photograph began circulating on Facebook, appearing to show actor Harrison Ford holding a Donald Trump campaign sign.

The image is fake, and is easily disproved using a reverse search. Ford shared the original photograph as proof for a 13 April 2014 "Ask Me Anything" session on Reddit, and the image at the time was clearly different: Photo and sign aside, any speculation on whether or not Ford might be endorsing Trump was put to rest by a representative for Ford on 15 March 2016:

Ina Treciokas, Ford’s representative, confirmed to BuzzFeed News that the photo was fake. “He’s not endorsing him for president,” she said.

Previous Article
Next Article
Article 12 of 19 in Collection