Was a Harrison Ford Cameo Cut from ‘E.T. the Extra-Terrestrial’?

The actor was already a movie star by then, after playing Indiana Jones. 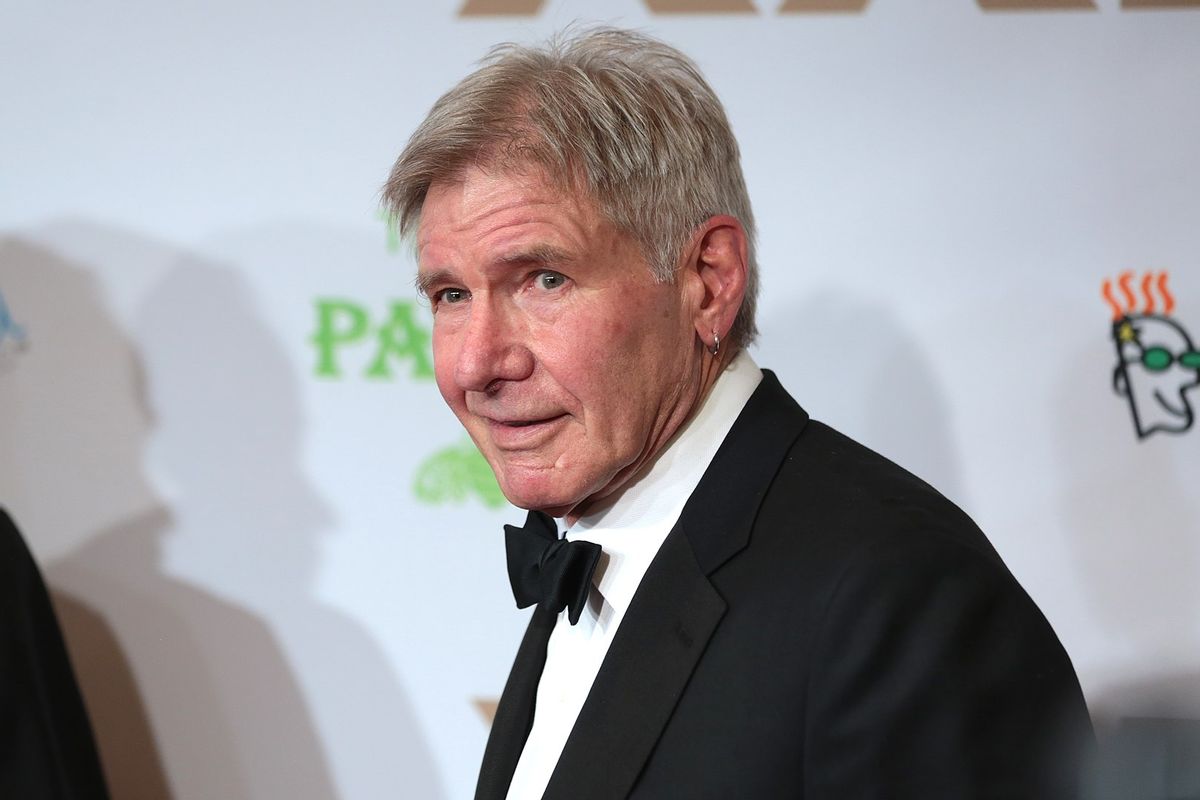 Claim:
Harrison Ford shot a cameo scene for the Steven Spielberg film “E.T. the Extra-Terrestrial” that was ultimately cut.
Rating:

Harrison Ford was already known for his role as Indiana Jones in "Raiders of the Lost Ark" and Han Solo in the "Star Wars" film series when he shot a small scene in the classic Steven Spielberg film "E.T. the Extra-Terrestrial."

The scene in question can be seen here — and Ford's face is never visible:

The film, which was released in 1982, was written by Melissa Matheson, whom Ford was dating at the time. During a 2012 reunion for the film, actor Henry Thomas, who played the main character, Elliott, told Entertainment Weekly that he was just excited at the prospect of meeting Ford.

"When I met Steven, the first thing out of my mouth was I think, 'I love Raiders of the Lost Ark,' and my hero was Harrison Ford," Thomas said. "I basically was just excited to meet Steven in hopes that I would meet Harrison."

Ford eventually agreed to shoot a cameo scene with Thomas, playing an uptight school principal who would scold Elliott after the famous frog escape scene, in which Elliott would also kiss a girl in his class. Spielberg also spoke about the cameo in an interview with EW: "He did the scene where E.T. is home levitating all of the stuff for his communicator up the stairs. Elliott is in the principal's office after the frog incident. We don't ever see Harrison's face. We just hear his voice, see his body."

The entire movie, Spielberg said, had been shot from a child's perspective. Except for the role of Elliott's mother, for the majority of the film the adult's faces were not shown. Ford is criticizing Elliott in the scene and his chair swivels as he looks through his office blinds while muttering how the boy is his "own worst enemy," and as he turns away, Elliott's psychic connection to E.T. kicks in.

"Henry's chair starts levitating," Spielberg said. "So as E.T. is lifting all of the communicator paraphernalia up the stairs, Henry starts rising off the ground in the chair until his head hits the ceiling. Just as Harrison turns, E.T. loses control of the weight of everything and it all falls down the stairs, and Henry comes crashing down to the ground, and lands perfectly. Four-point landing. The principal turns around, and as far as he's concerned, nothing ever happened."

"That was the scene that we cut out," Spielberg continued. "But that's where [Henry] got a chance to meet Harrison."

Now the scene exists only as a blurry clip on YouTube.