The claim appeared to stem from a June 2020 tweet from Harris. 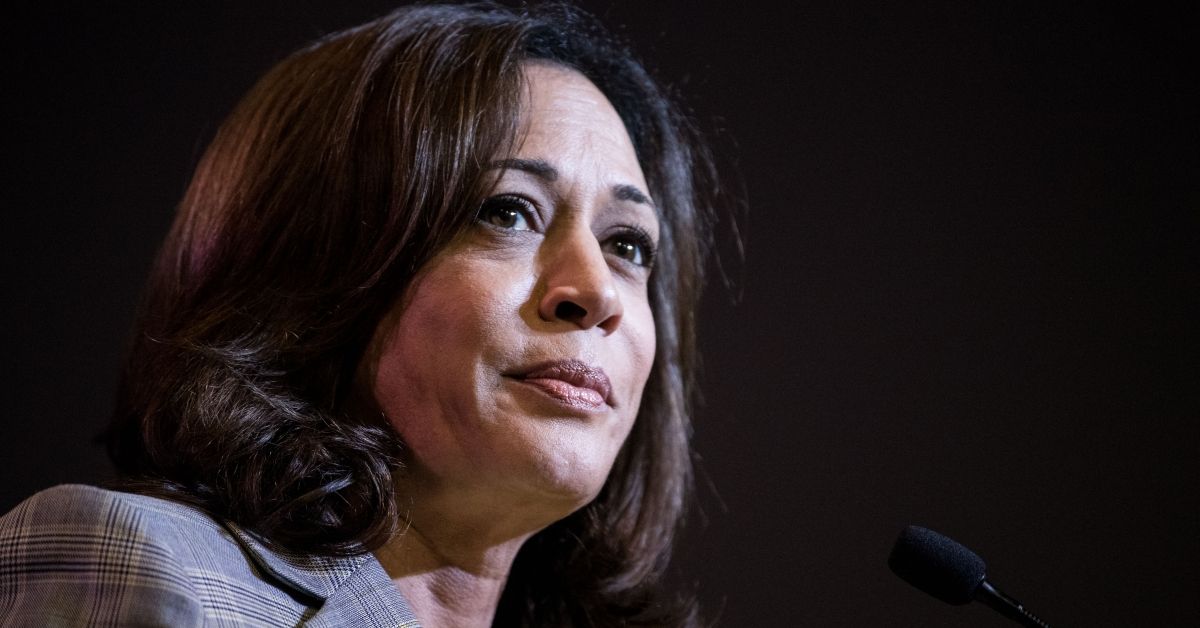 Claim:
During protests over the police in-custody death of George Floyd in the summer of 2020, Kamala Harris donated money to a Minnesota nonprofit that helped protesters who were arrested get out of jail and break more laws.
Rating:

Harris expressed support for a nonprofit called the Minnesota Freedom Fund (MFF), which pays criminal bail and immigration bonds, and encouraged her supporters to donate to it during the protests over Floyd's death in the summer of 2020.

However, Harris did not donate money to the nonprofit before, after, or during the protests, according to its records. Additionally, no evidence shows people who received bail or bond assistance from MFF for arrests during the demonstrations committed more crimes after their initial detainment.

Following that announcement, Trump and his supporters attempted to call attention to what they framed as immoral judgment by Harris — the Trump campaign alleged she wrongly encouraged Americans to help people who were arrested during protests over the police in-custody death of George Floyd in Minneapolis.

For example, in an Aug. 17 speech to supporters in Mankato, Minnesota (which is about 80 miles southwest of Minneapolis), Trump said, according to a Factba.se transcription of the event:

Kamala Harris encouraged Americans to donate to the so-called Minnesota Freedom Fund — do you know that is? — which bailed out the rioters, looters, assaulters, and anarchists from jail. And Biden's staff did the same thing; they donated a lot of their money to get them out of jail so that everyone was right back on the streets. Think of that: This is what is running for office.

Less than two weeks later, U.S. Sen. Tom Cotton, a Republican from Arkansas, doubled down on the president's claim, alleging in a tweet: "Kamala Harris helped violent rioters in Minnesota get out of jail to do more damage."

Around the same time, at least one conservative website purported in a headline that Harris donated to the Minnesota Freedom Fund (MFF), which indeed gives cash to people who cannot afford bail so they don't have to wait in jail until court hearings, or agree to high-interest loans.

Over the course of months, numerous Snopes readers contacted us to investigate whether Harris had actually given money to the Minnesota-based organization, and, if so, whether those contributions allowed for any of the roughly 170 people who were arrested during protests to get out of jail and commit more crimes.

First, let us identify what appeared to be the basis of those assertions. Following Floyd's death, supporters of the civil rights movement nationwide (including many celebrities) donated more than $30 million to MFF, according to the nonprofit and news reports. High-profile donors used social media to promote their contributions, and Harris, on June 1, used her official accounts as a vice presidential candidate to express her support for the fundraising effort.

"If you're able to, chip in now to the @MNFreedomFund to help post bail for those protesting on the ground in Minnesota," she wrote on Facebook and Twitter, including links to an MFF donation page on the left-leaning fundraising site, ActBlue. In other words, while it was true Harris publicly expressed support for the nonprofit and encouraged others to donate to it in summer 2020, she did not say on social media — or via any other public statement — that she herself donated money to the organization.

Next, we analyzed how Harris' 2020 campaign spent money and if, or to what extent, it helped the nonprofit, despite the fact she had not publicly declared the possible financial tie in a speech, interview, or on social media. Based on campaign filings compiled by the Federal Election Commission (FEC) and Center for Responsive Politics, no expenditure receipt listed "Minnesota Freedom Fund" — debunking the possible claim that she used campaign money to help the nonprofit.

Snopes reached out to MFF, asking if Harris at any point donated money and, if so, for the contribution's details. Greg Lewin, the organization's interim executive director, responded to us via email: "No, we have nothing in our records indicating a donation from Vice President Harris."

We also reached out to Harris' press secretary, Symone Sanders, to comment on critics' accusations, but we have not heard back. We will update this report when or if we do. (As part of a wide-sweeping proposal to reform the country's criminal justice system, the Biden-Harris administration has pledged to eliminate the country's cash-bail system.)

Now, let us move to the latter claim regarding the people who MFF helped during the protests, in light of Harris' June 1 posts praising the organization's work.

Established in 2016, MFF is among the many nonprofits that attempt to counteract inequities in the country's cash-bail system by paying detainees' criminal and immigration bonds. Then, when those people attend court proceedings to determine the outcome of their case — or whether they indeed broke the law prior to their arrest — they must return the full value of the cash bail to the Minnesota-based nonprofit. The MFF website states:

We’ve never made decisions based simply on pretrial charge — and we won’t now. [...]

We have always prioritized those who are unable to pay for freedom and face the greatest level of danger and marginalization. We will continue to center and prioritize the following groups in our bail payment:

Nearly half the people we pay bail for have had their case completely dismissed, suggesting there was never a case for the arrest or charge to begin with. Therefore, if a judge has decided that someone can be released so long as they can afford the price, we will pay that fee if we can afford it.

Like in dozens of U.S. cities where people protested Floyd’s death, peaceful marches during the day between May 26 and early June set the stage for vandalism and destruction at night.

However, the overwhelming majority of people who were arrested during the large gatherings — whether chaotic or peaceful — did not need the MFF's help.

Citing accounting by the American Bail Coalition (a trade group of insurance companies who profit from underwriting bail bonds) and Hennepin County jail records, The Washington Post reported in September that all but three of the 170 people arrested during the protests were released from jail within a week. Of the 167 released, only 10 had to put up a monetary bond to be released, and, in most cases, the amounts were nominal, such as $78 or $100. In fact, 92 percent of those arrested did not have to pay bail — and 29 percent of those arrested did not face charges, the news outlet reported.

"We have paid all the protest bails that have come our way," the MFF website said. "[Many] of the people who were arrested during the uprising weren’t detained and instead were given citations then released, have been released with no bail, or held with no bail."

However, among the small group of people who did receive direct bail assistance from the nonprofit, one man was arrested on suspicion of shooting at police with an AK-47-style mini Draco pistol in the early hours of May 30, as well as a woman who allegedly stole from a cell phone store in a Minneapolis suburb and other businesses the day prior, according to The Washington Post and other news reports. As of September, the nonprofit paid $75,000 in cash to help the former suspect and $750 to assist the latter.

Additionally, a 32-year-old man whom MFF bailed out on an assault charge in July — a case that was unrelated to the protests — was charged with committing third-degree assault the following month, leaving the victim with a traumatic brain injury and a fractured skull, according to news reports. Lewin said in a statement afterward that the organization needs to "strengthen our internal procedures" to ensure its clients stay out of the criminal justice system after their first go-around.

In sum, while Harris indeed expressed public support for MFF following Floyd's death, it was false to claim she donated money to the organization, or that it helped protesters "get out of jail and do more damage," like Cotton alleged. Rather, no evidence existed to show the handful of people who received direct bail assistance for arrests related to the demonstrations committed more crimes after their initial detainment. For those reasons, we rate this claim "Mostly false."