Did VP Harris Say 'Gas Prices Are High Due to Gas Prices Not Being Low as Before'?

We looked for the origins of a strange and very viral quote about gas prices that purportedly came from U.S. Vice President Kamala Harris. 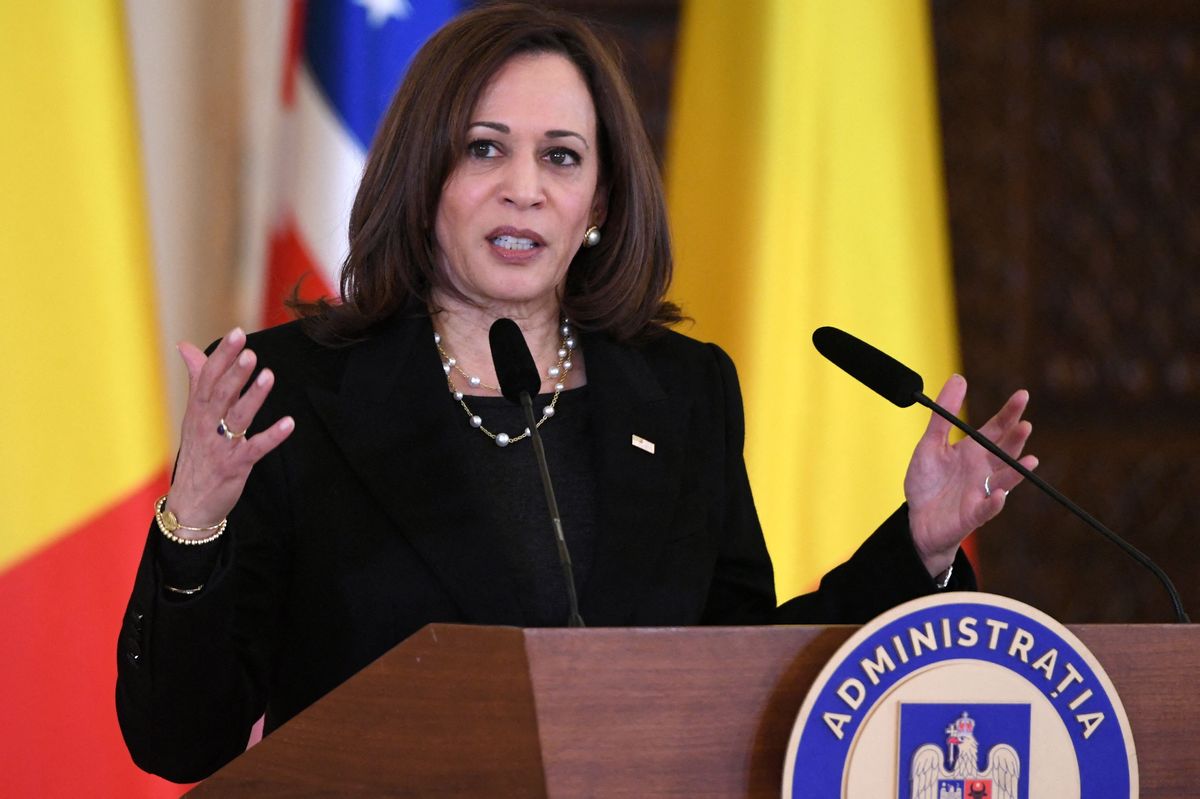 Claim:
U.S. Vice President Kamala Harris said: "Gas prices are high due to gas prices not being low as before. To get back to lower prices we have to acknowledge gas is high which is the opposite of low."
Rating:

On April 2, 2022, a fake quote was shared by the @Sassychickie account on Twitter that claimed U.S. Vice President Kamala Harris said, "Gas prices are high due to gas prices not being low as before. To get back to lower prices we have to acknowledge gas is high which is the opposite of low." The tweet came at a time when gas prices were hitting record-high numbers:

There's no audio, video, or documented record of Harris ever saying this about gas prices on any online news websites, including on right-wing blogs. It also does not appear in any transcripts for speeches, news conferences, town hall talks, or television interviews. It appeared to have been either fabricated for the tweet, or perhaps it originated from a source that claims to publish humor or satire.

The quote about gas prices that was attributed to Harris was then shared by multiple Facebook users. It also likely spread to other social media platforms such as Instagram and Telegram, for example.

While the "gas prices are high" quote with Harris' name wasn't real, she was recently asked about the subject of rising costs at the pump. The question came on March 11 during a news conference in Romania. However, her answer did not specifically address gas prices:

Below are the relevant parts of the question and answer. The full remarks can be found in the transcript on WhiteHouse.gov:

Reporter: And if I can ask you, Madam Vice President: President Biden has said that Americans will feel some pain for the sake of defending freedom and liberty, but there does seem to be no endgame in sight. How long should Americans expect — how long should we be bracing for this really, sort of, historic inflation and some unprecedented gas prices?

Vice President Kamala Harris: When we look at Putin’s actions — the previous question — there is — it is painful to watch. It is painful to watch what is happening to innocent people in Ukraine who just want to live in their own country and have pride in themselves as Ukrainians, who want to be home speaking the language they know, going to the church that they know, raising their children in the community where their families have lived for generations. And by the millions, now, are having to flee with nothing but a backpack.

And then you compound that with what happened a couple of days — the President talked about it today; I talked about it yesterday — in terms of a maternity hospital, pregnant women. We are — we have the unfortunate experience, all of us right now who are not in Ukraine, of witnessing horror.

So we are committed in everything we are doing. And, yes, then the President did say in the State of the Union, there is a price to pay for democracy. Got to stand with your friends. And as everybody knows, even in your personal life, being loyal to those friendships based on common principles and values, sometimes it’s difficult. Often, it ain’t easy. But that’s what the friendship is about, based on shared values. So that’s what we’re doing.

Aside from this story about Harris and the "gas prices are high" fake quote, we previously reported on another misleading tweet that also came from the @Sassychickie Twitter account (which also bears the name Patriotic Bacon).

On Feb. 15, 2022, @Sassychickie tweeted a picture that users believed showed a trucker prayer circle tied to the trucker convoy near the U.S.-Canada border in 2022.

In reality, the photograph was captured in Honduras in 2020 and had nothing to do with politics.

In sum, no, Harris did not say, "gas prices are high due to gas prices not being low as before," nor did she say, "to get back to lower prices we have to acknowledge gas is high which is the opposite of low."