The Broadway musical "Hamilton," which uses ethnically diverse actors to portray America's founding fathers, has been accused of discriminatory casting. 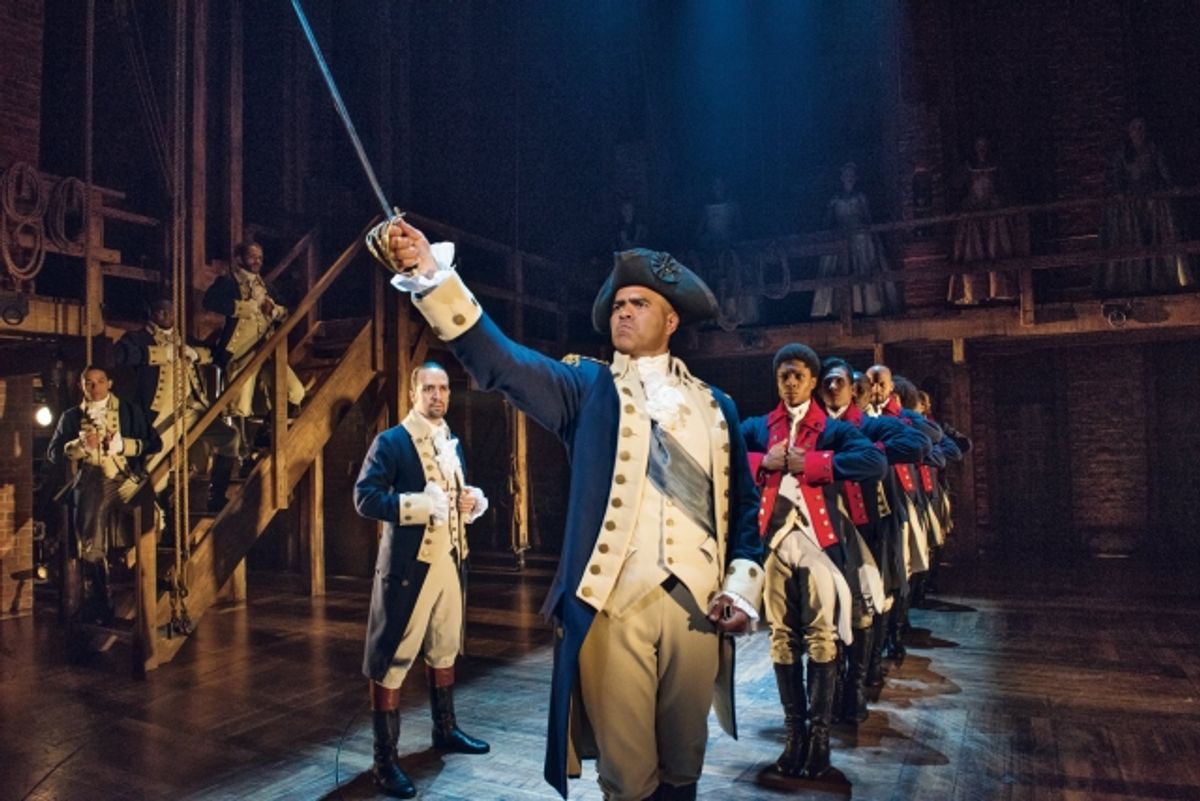 Hamilton, the Tony-winning Broadway musical that retells the story of the United States' founders with a multicultural cast and a hip-hop score, attracted unwanted controversy in March 2016 when its producers issued a casting call specifying "NON-WHITE men and women" actors for ongoing and future productions of the show.

The advertisement came to the public's attention after a prominent civil rights attorney, Randolph McLaughlin, questioned the legality of its wording.

“What if they put an ad out that said, ‘Whites only need apply?’” said McLaughlin, of the Newman Ferrara Law Firm. “Why, African-Americans, Latinos, Asians would be outraged.”

McLaughlin believes the ad violates the New York City Human Rights Law, which makes it unlawful “for an employer… because of the actual written or perceived… race of any person, to discriminate.”

“You cannot advertise showing that you have a preference for one racial group over another,” McLaughlin said. “As an artistic question – sure, he can cast whomever he wants to cast, but he has to give every actor eligible for the role an opportunity to try.”

That is also the policy of Actors Equity, the Broadway union, which says, “…producers agree that auditions for all productions… will be conducted in such a manner as to provide full and fair consideration to actors of all ethnicities.”

Though the producers of Hamilton maintained that the ad had been approved by Actors' Equity, the union's general counsel said it had not and would not approve such language, the CBS report continued.

The issue revolved not around the fact that the cast was predominantly non-white — which is called for in the script — but rather the specific verbiage of the ad, which left the impression that white actors were not eligible or invited to audition. This is how Actors Equity explained the problem in a statement to Playbill:

Equity spokesperson Maria Somma told Playbill.com, “The Hamilton call on their website is inconsistent with Equity's policy. All of our calls have the following language: ‘Performers of all ethnic and racial backgrounds are encouraged to attend.’ We also have strong language in our Production Contract agreement which states, ‘The parties hereto affirm their commitment to the policy that employment hereunder shall be without discrimination on the basis of sex, race, color, creed, national origin, age, disability, sexual orientation, gender identity and/or expression or political persuasion or belief. Consistent with the foregoing and with the procedure set forth in Rule 5(E)(4), it is the intention of the parties that the casting of productions will be conducted in a manner which provides equal and fair consideration to all Actors including, but not limited to: Actors with disabilities, ethnic minorities, seniors and women.’”

The Hamilton producers re-wrote the casting call and issued a statement in response to the controversy:

The producers of Hamilton regret the confusion that's arisen from the recent posting of an open call casting notice for the show. It is essential to the storytelling of Hamilton that the principal roles — which were written for non-white characters (excepting King George)— be performed by non-white actors. This adheres to the accepted practice that certain characteristics in certain roles constitute a ‘bona fide occupational qualification‘ that is legal. This also follows in the tradition of many shows that call for race, ethnicity or age specific casting, whether it's The Color Purple or Porgy & Bess or Matilda. The casting will be amended to also include language we neglected to add, that is, we welcome people of all ethnicities to audition for Hamilton.

The casting call was so amended. Despite its rapid resolution, however, the incident was ripe for politicization eight months after the fact, when GOP Vice President-elect Mike Pence attended a performance of Hamilton during which he was directly addressed by one of the actors, who expressed the multi-racial cast's fear that the Trump/Pence administration would not "defend us and uphold our inalienable rights."

After President-elect Donald Trump labeled the actor's speech "harassment," some partisan news outlets attempted to draw a contrast between the show's ideology of inclusiveness and the "non-white" casting call in March, implying hypocrisy on the part of the producers and cast:

When the show’s producers and staff were confronted about this seeming violation of federal employment laws, show producer Jeffrey Seller insisted that Hamilton encourages “diversity,” but that it was perfectly legitimate to exclude all white people. “I stand by it and believe it to be legal,” Seller said of the controversial casting call.

Apparently, “diversity” does not include white people as far as Lin-Manuel Miranda and Hamilton are concerned.

But such a characterization ignores the fact that the "seeming violation of federal employment laws" was purely technical, and pertained not to what was stated in the ad, but rather what was unstated. Given that the roles being cast were written as non-white, it wasn't discriminatory for the producers to seek non-white actors to play them.

What was further needed to meet requirements for fair hiring practices, however, according to Actors' Equity, was an addendum to the effect of: "Performers of all ethnic and racial backgrounds are encouraged to attend." It was added, making any subsequent controversy moot.