Was This Hallway Designed to Prevent Children from Running?

An image showing an optical illusion created with floor tiles is genuine, but it wasn't created to discourage young students from running in the hallways. 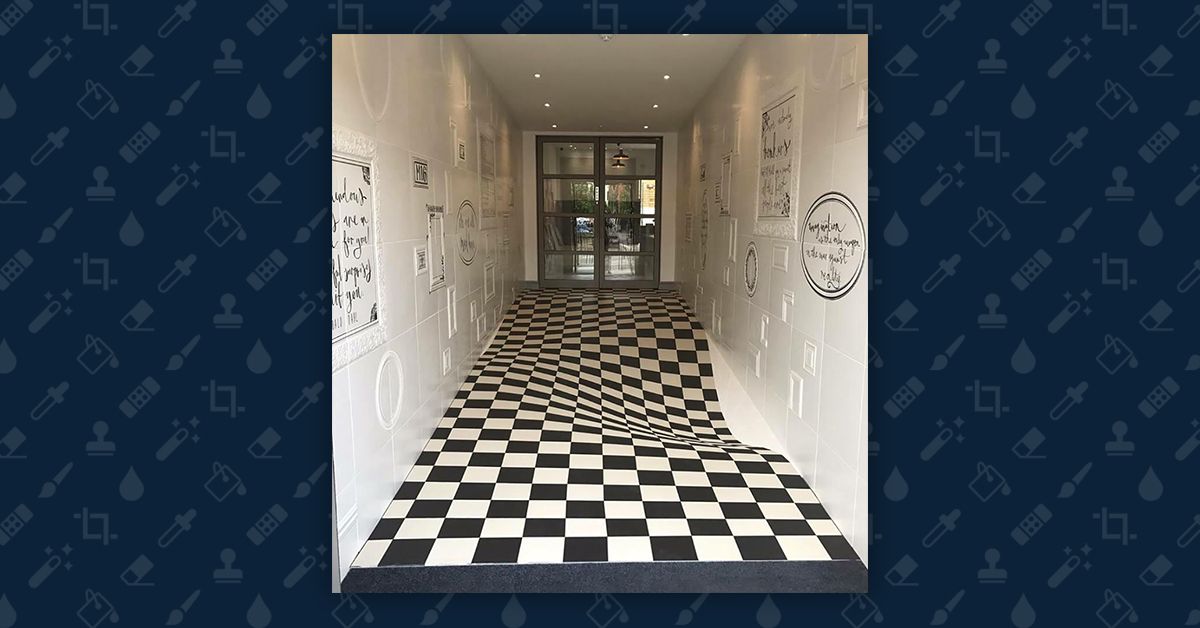 Claim:
A photograph shows an optical illusion on the floor of a school hallway that was designed to prevent children from running.
Rating:

An image of an optical illusion created with tiles in a checkered-floor hallway is frequently shared with text asserting that it displays one school's ingenious solution for preventing students from running in the hallways. An article published by American Web Media in March 2018, for example, provided the following backstory for this viral photograph:

When The Principal Explained Why He Had The Floor Painted Like This, It All Made Perfect Sense

Optical illusions can be a lot of fun when they’re put into quizzes and challenges. But what if they’re used in daily life to influence the way people interact with their environment? That’s what one interior designer asked when they were trying to figure out a way to encourage students not to run down the hallway. Signs telling them to slow down were not working. They needed something more creative.

That’s when they decided to paint the tiles on the floor in a special way that created the optical illusion of a massive dip in the hall. This is a genuine photograph of an optical illusion on the floor of small hallway, but the "discouraging students from running" backstory is pure fiction.

This hallway was designed by Casa Ceramica, a tile company in the United Kingdom, and is located at the entrance of their showroom (not a school). The design, partly inspired by Alice in Wonderland, took more than 400 tiles to create. Although the hallway may look severely uneven, its floor is actually a perfectly flat surface.

Casa Ceramica posted an explanatory article about this image to their web site in September 2017 when the picture of their unusual hallway first started making its way around the internet:

Last week we went viral online with our entrance floor! With various headlines of ‘Wonky floor’ to ‘This floor was installed to stop people running”, which isn’t the case!

During the creation of our new showroom we knew we needed to have an entrance that would make our customers really remember their visit to and something that showcased what can be achieved with tiles. Pushing all the boundaries.

Although to the naked eye the floor does look at little uneven it isn’t until you view it through a camera that the true illusion is brought to life. Customers are amazed when they enter, it’s one of the first things out of their mouths and then are even more amazed when we show them what happens when viewed through a camera. Hi Antonio thanks for sharing. This is our entrance floor, contrary to the internets belief this isn’t designed to stop people running through it. It’s designed to show what can be achieved with tiles. It also is completely flat and only really comes to life through the lens.

Smith, Alexander.   "When the Principal Explained Why He Had the Floor Painted Like This, It All Made Perfect Sense."     American Web Media.   28 March 2018.