Did This Camel Lose Half Its Body?

Is half a camel better than none? We may never know. 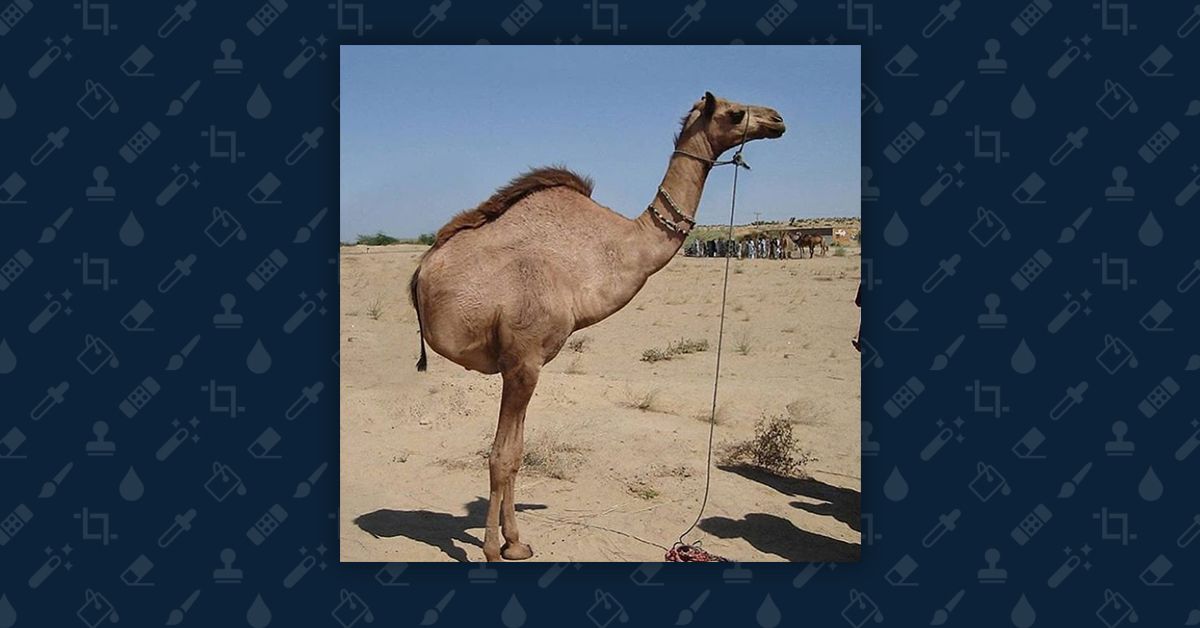 Claim:
A photograph shows a camel that lost half its body after surviving a landmine explosion.
Rating:

The Instagram page Wild Viewing has built a large following by sharing incredible (and mainly authentic) representations of animals from the around the world. On 21 March 2018, however, the popular picture account posted a suspicious image which purportedly showed a camel that lost half of its body — yet survived — after stepping on a landmine: The image was accompanied with a back story about the alleged incident:

This Camel in Saudi Arabia had lost half it's body when it unfortunately wondered onto a land mine. After losing the back portion of its body, surgeons worked tirelessly arranging the internal organs into a functioning system. They also created the Camel a new functioning Anus. The Camel has made new friends with the local Ostrich family where they have adopted him as one of their own. The Camel is able to regurgitate water directly into the Ostriches mouths when there is no other water source available.

Captivating as they might be, both the image and its accompanying backstory were fabricated. The image of a "half a camel" has been making its way around the internet for several years. Although some viewers have recognized that the photograph was not on the level (it was once shared with the sardonic caption "I Think This Might Be Photoshopped"), others viewers appeared to believe that the picture depicted a real animal.

Of course, that's not the case. This viral image was created by manipulating a genuine photograph of a fully whole camel: