Does a Video Show a Muslim Engaging in a 'Halal Slash'?

Years-old CCTV footage that captured a stabbing in London was used to make discriminatory claims about Muslims. 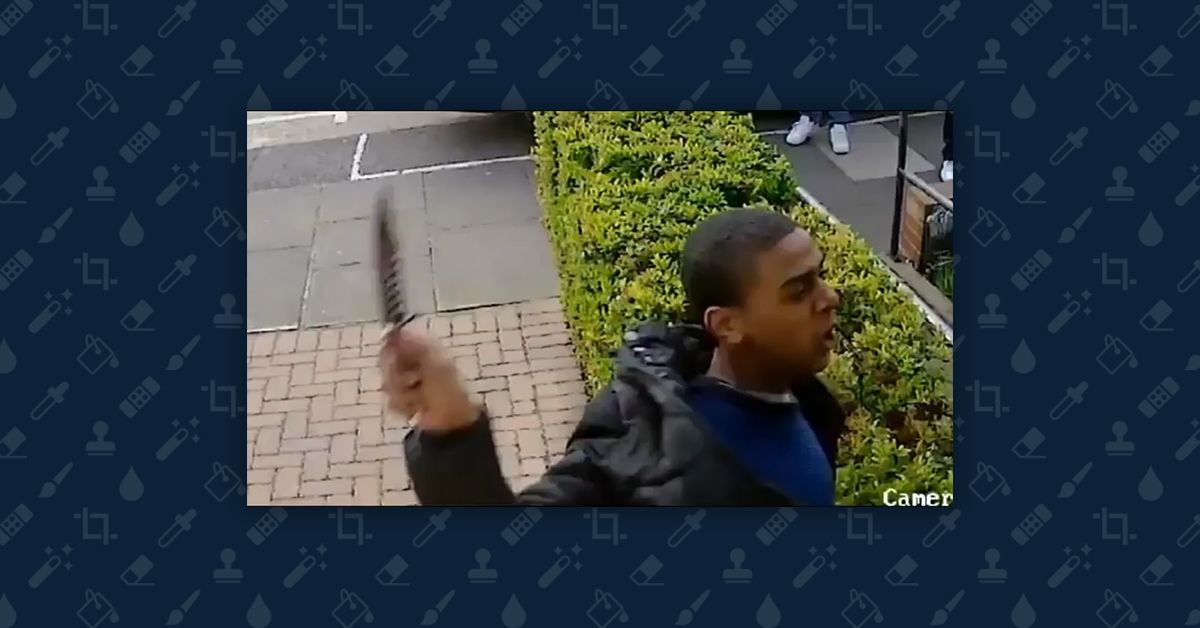 Claim:
A video shows a Muslim man randomly picking people in London to "halal slash" with a knife for fun.
Rating:

Someone dug up years-old CCTV video footage of a young man brandishing a knife and stabbing someone (off screen) in order to spread unfounded Islamophobic claims in January 2018. Facebook user Sunny Sam posted the video to the social network, claiming that the attacker seen in the video was Muslim, and referring to the (unseen) stabbing act as a "halal slash": This video (which can be viewed here) recorded an incident that took place in May 2016 in the northwest London town of Northolt and shows 17-year-old Joseph Kaczorowski attacking an unidentified 21-year-old victim. Reports about the incident and Kaczorowski's arrest made no mention of his religion, and the term "halal slash" was apparently invented to create a false link between the crime and Islam.

Kaczorowski was sentenced to nine months in detention for possession of an offensive weapon, and 18 months for unlawful wounding. The victim survived the attack but received a 7cm deep cut across the cheek.

The crime does not appear to have been random. Kaczorowski's lawyer, Dominic Benthall, maintained that his client had recognized the victim as someone who had bullied him in the past. So no reported evidence suggested that the man shown in the video was a Muslim, or that he attacked a victim who was randomly selected and/or stabbed for any reason connected to religion.

London's Metropolitan Police Service told us via email that the person in the video had "already been convicted and is currently serving his sentence" but declined to provide any additional information about the crime.