Did Hal Lundgren Write an Open Letter to Lebron James? 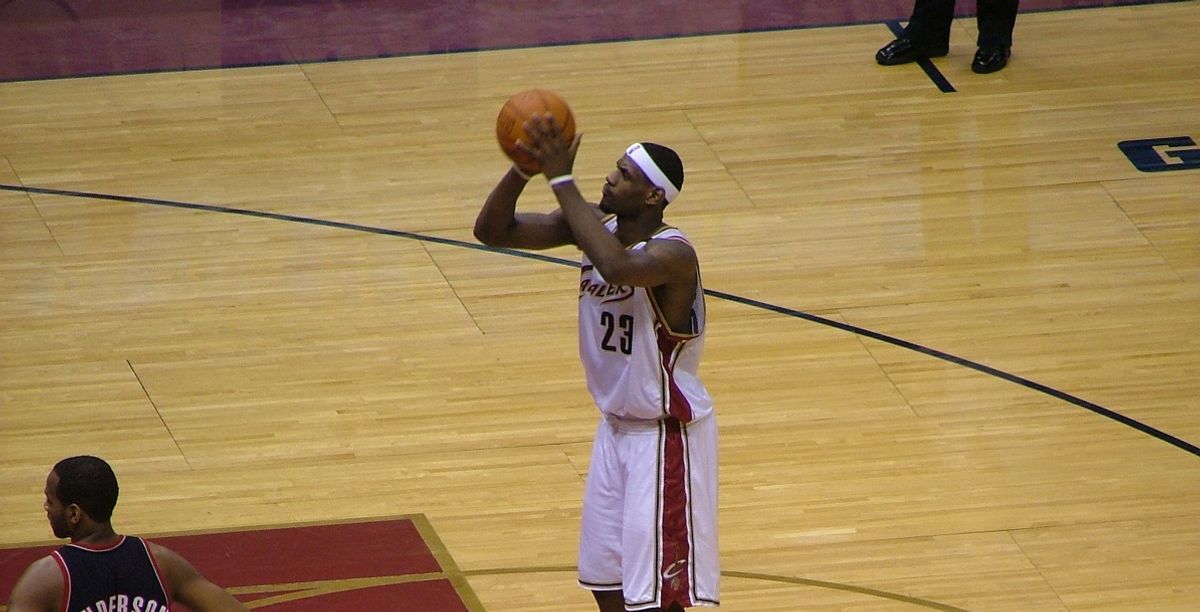 Claim:
Freelance reporter Hal Lundgren wrote a letter to Lebron James criticizing the NBA star for comments he made about President Trump.
Rating:

U bum @StephenCurry30 already said he ain't going! So therefore ain't no invite. Going to White House was a great honor until you showed up!

James' message, which ended up being one of the most retweeted posts of the year, drew criticism from many of President Trump's supporters, and in November 2018, nearly a year after the social media exchange, an open letter supposedly written by freelance reporter Hal Lundgren criticizing Lebron James for his comment was widely circulated on social media.

A portion of that open letter is reproduced below:

When I know nothing of subjects, my mouth stays closed. That's at least one difference in us. You are an economics illiterate. You prove it often. The dishonest "reporters” who cover you want to be your buddy. They won't embarrass you by being honest journalists and treating your words as economics illiteracy.

When you call Trump "a bum," none of them will tell you that statistics rank him as one of our best presidents for black Americans. His tax cuts and freeing us from absurd regulations have resulted in -- after only 18 months -- the lowest unemployment numbers ever for Hispanic and black Americans, and one of the lowest numbers for women.

DURING THOSE 18 MONTHS, TRUMP'S POLICIES CREATED ABOUT FOUR TIMES OF THE MANUFACTURING JOBS CREATED DURING THE OBAMA ADMINISTRATION’S LAST 18 MONTHS. Remember when Obama mistakenly told us "Our lost manufacturing jobs are not coming back.” Maybe manufacturing job growth depends on a president who knows what he's doing.

As a professional journalist, I cringe at some of Trump’s buffoonery, like repeating sentences and wearing us out with "great," “fantastic” and other empty adjectives. He is often coarse. He was not my candidate. But there’s no question his policies have helped many more minority Americans than Obama. It's not even close. Today, he’s working to free many black and Hispanic prisoners who, in his opinion, have been in prison too long for relatively minor offenses. Are you aware of that effort?

Or, you could ignore vital Trump decisions and remain an illiterate on both presidential achievement and economics. If you disdain knowledge and keep calling Trump or any other U.S. president a bum, people will begin to wonder who's the real bum.

Hal Lundgren is a freelance reporter whose work has been published in outlets such as the Houston Chronicle. However, we could not find a copy of this letter in the digital pages of the newspaper's web site (Chron.com) not in the archives of other online publications in which Lundgren's work has appeared (such as LMT Online).

Ranter’s Note: The following is a letter sent to me that was written to Lebron James by a third party; James has been a harsh critic of President Trump. Due to space limitations, this is an abbreviated version of the letter.

We've attempted to contact Hal Lundgren to find out if he truly authored this missive but haven't been successful in eliciting a response so far. What we can say is that we didn't find this letter at Chron.com, where Lundgren publishes his work, and we have not found Lundgren's byline attached to the letter in any other credible publication. Furthermore, it appears that this letter was attributed to a nameless "third party" before Lundgren's name was tacked on to the bottom of the text.