According to longstanding rumors, subliminal messages appear in certain banknotes. 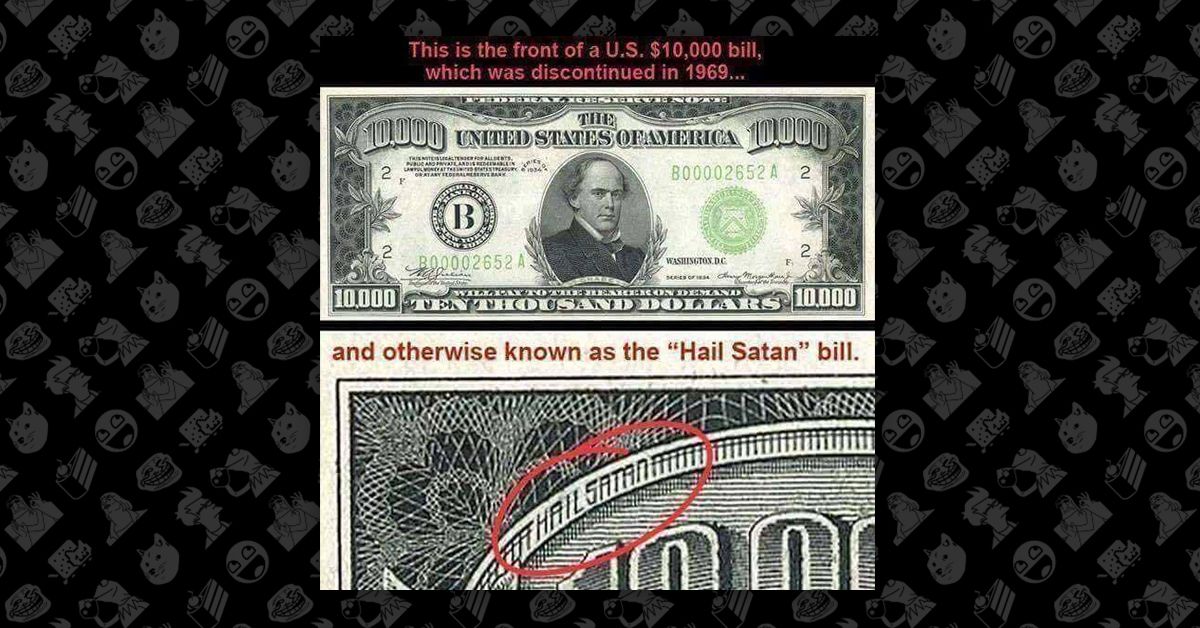 The United States hasn't issued any currency any larger than $100 bills since 1945, but at one time the U.S. had in circulation $500, $1,000, $5,000, and even $10,000 bills. A claim that appears around certain conspiracy theory-oriented corners of the Internet is one about the now discontinued, but real, US $10,000 bill. According to this particular theory, the words "Hail Satan" are embossed into the bill as a subliminal message, presumably to subtly either encourage or remind rich people to worship the Devil. These stories appear from time to time along with variations of the following images: The $10,000 bill was first printed in 1928 and featured an image of Salmon P. Chase, the Secretary of the Treasury under President Lincoln who oversaw the first issuance of "greenback" notes in 1861. Although none of us had a $10,000 bill readily available, an image of this bill provided by the National Numismatic Collection clearly shows that the currency does not contain the phrase "Hail Satan," or any other similar hidden words: Rumors abound about images or words supposedly hidden in currency, either to send a message or to subtly manipulate populations. For example, a U.S. flag cannot be seen on a Canadian $2 bill, President Obama did not remove the words "In God We Trust" from American currency and a stack of pancakes does not appear on the $5 bill, no matter how ingeniously it is folded.