Is the 'Haiku Bird' a Real Creature?

Internet advertisers claimed the "haiku bird to be one of "20 Animals That Are Real and Dangerous." 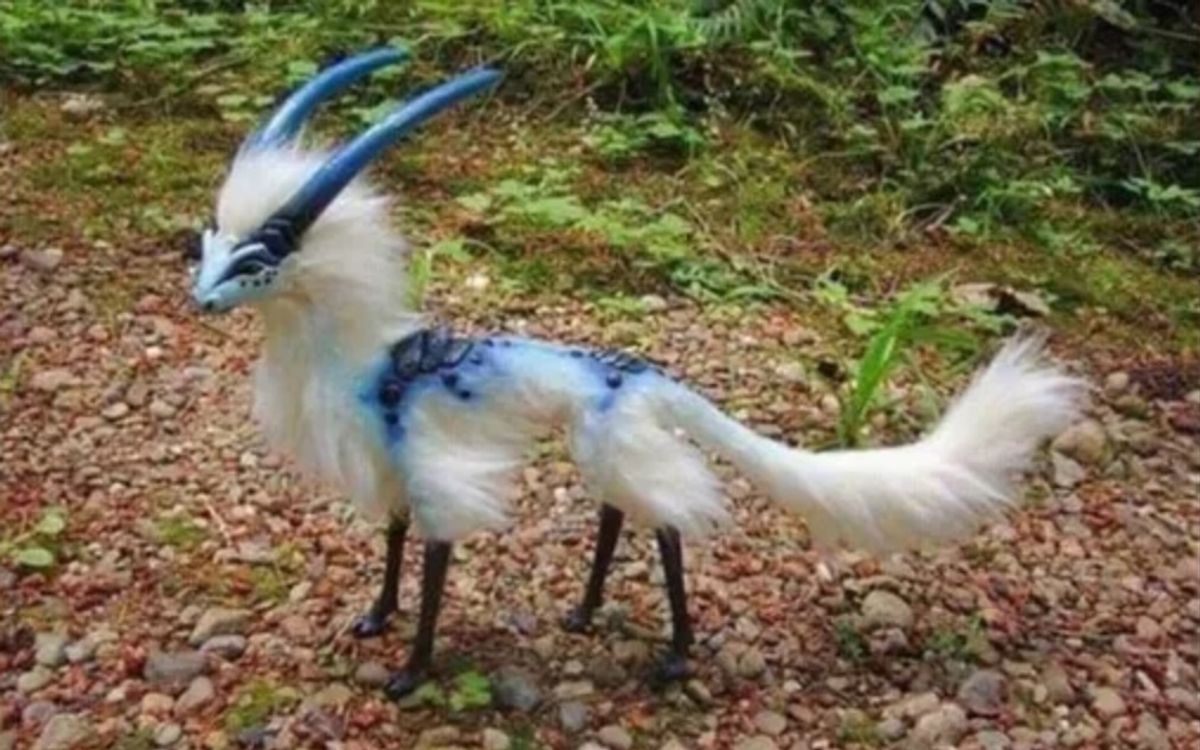 Claim:
Photographs document the existence of the "haiku bird."
Rating:

Photographs purportedly showing a "haiku bird" have been circulating on social media for a number of years. In 2020, the image appeared in advertising that claimed to lead to "20 Animals That Are Real and Dangerous," leading through Revcontent, a "content marketing, native advertising and discovery platform," to a website named Upbeat News. These images are often attached to the claim that this animal is native to Nepal, and a viral video about the "haiku bird" that racked up more than one million views claimed that this "mysterious animal" was the "lord parvathi devi's pet," that it eats bananas, and that it was immortal:

To watch Haiku a four legged bird, but its seems like a mysterious animal. This bird is a lord parvathi devi's pet. A rare species referred in hindu mythology and said as goddess parvathi named it as hyku. It is said that she used to feed it with bananas. it is also believed that this creature is immortal and no one can kill it ...

Alas, these photographs do not document the existence of a four-legged, banana-eating, immortal pet of a deity. Photographs of this "haiku bird" actually show a posable art doll created by Deviant Artist CMWyvern.

The Deviant Artist provided a description of her doll and refuted rumors that the images depicted a real-life Pokemon in a 2014 post to her page. CMWyvern labeled her work a "cloud antelope":

Friendly PSA! A previously unwatermarked version of this image has been floating around the internet and been used as youtube clickbait, gone viral on fb, etc! I, CMWyvern, am the creator of this creature, and it is not Photoshopped nor is it a Pokemon. Please keep on sharing my work - but I really do appreciate being credited when you do!

Cloud Antelope is a one of a kind posable art doll, 17” long and 9.5” tall. Her head, lower legs, and scales are sculpted from polymer clay and painted with acrylics. Her faux fur is hand trimmed and colored. Her horns and legs have an armature inside, so they are very sturdy despite being long and thin.

Deviant Artist CMWyvern, whose real name is Calyn McLeod, sells similar products on her Etsy page. Several photographs of some her other creature creations are available on her website: This is not the first time that an artistic doll or figurine has been mistaken for a genuine image of some sort of mythical or suspiciously cute creature. We've previously covered artistic creations that resembled a short-tailed weasel, an adorable bunny, the "world's cutest rodent," baby owls, a baby platypus, monkeys from Madagascar, furry albino tarantulas, and the marvelously mythical marbled faurk.