The Goop lifestyle line has paid more than $145,000 in settlements for misleading claims. 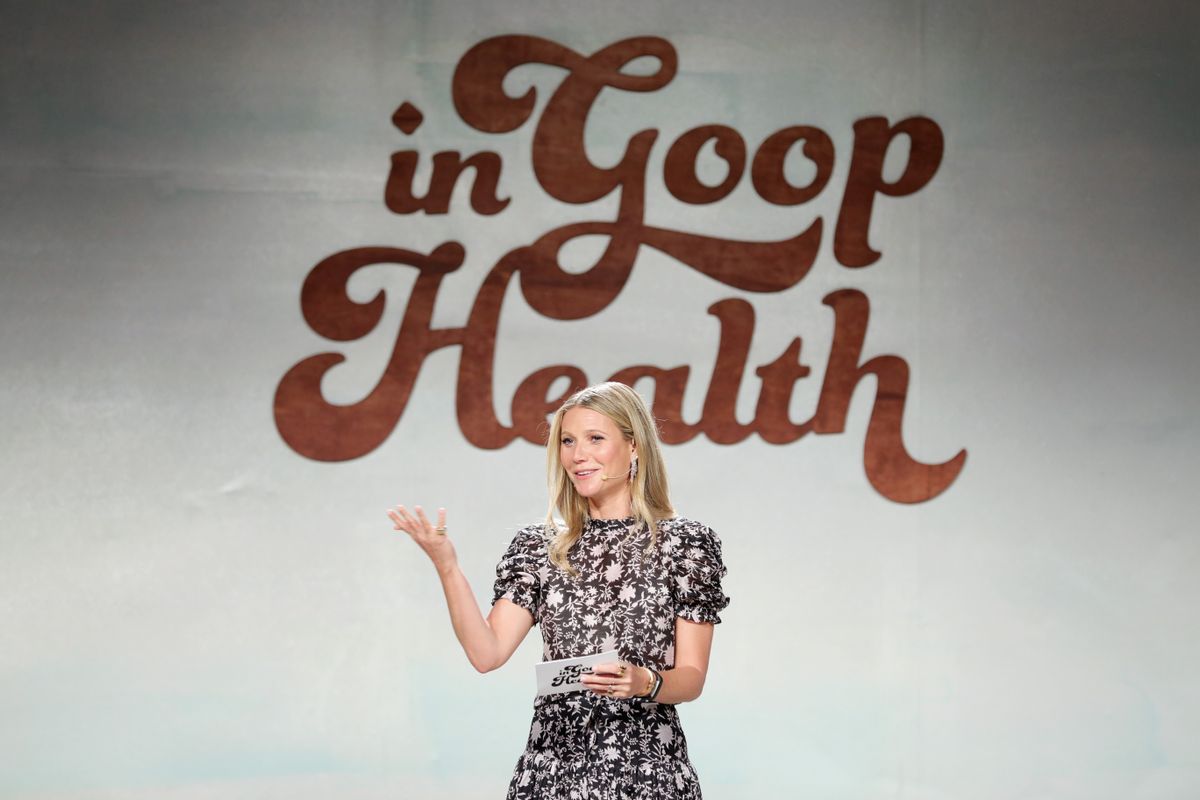 Claim:
A “vagina” candle made by Gwyneth Paltrow’s beauty line, Goop, unexpectedly exploded after being lit by a British woman.
Rating:

The incident was first reported by British tabloid The Sun and was subsequently covered by a number of publications, including Vanity Fair and The New York Post. In the days that followed, the “vagina candle explosion” went viral on social media.

In an email to Snopes, Thompson said that she was sent the candle as a “joke prize” after winning a Christmas quiz put on by her work. Goop’s “This Smells Like My Vagina Candle” sells for $75 and is described as having a “beautifully unexpected scent” of geranium, citrusy bergamot, and cedar notes. Because it is made with 100% natural unbleached cotton, the website noted that wicks require special attention, and should be trimmed to an eighth of an inch before each use.

On Jan. 12, 2021, Thompson said that she had made sure that the wick was cut to the recommended length and placed it on a flat surface on a candle coaster.

“Not long after I lit it, yes, it sort of exploded with flames and yes, the flames shot up to about 50-centimeters and the candle was fizzing and popping,” explained Thompson. “I am guessing that was tiny bits of molten wax flying out.”

At the time of writing, the candle had not been recalled but the Goop website listed the below warning:

WARNING: BURN CANDLE WITHIN SIGHT. KEEP AWAY FROM THINGS THAT CATCH FIRE. KEEP OUT OF REACH OF CHILDREN AND PETS. TRIM WICK TO 1/8” BEFORE EVERY LIGHTING. PLACE ON A STABLE, HEAT RESISTANT SURFACE. KEEP WAX POOL FREE OF DEBRIS. DO NOT BURN FOR MORE THAN TWO HOURS AT A TIME. ALLOW GLASS TO COOL COMPLETELY BEFORE HANDLING.

When asked whether the explosion was a faulty candle or caused by user error, Thompson did not have an answer.

“I have no idea why it happened, but in 20 years of burning scented candles, this has never happened before and I have never seen anything like it,” she told Snopes, adding that Goop had been in touch with her on Instagram and was told that the company would be sending her “something.” Goop did not respond to a request for comment from Snopes as of this writing.

Gwyneth Paltrow’s lifestyle brand has come under fire from health experts who have warned some products come with “considerable risks to health”; the company had previously settled $145,000 in civil penalties over some of its products, including its vaginal eggs meant to be inserted into the vagina to improve health.

On Twitter, the London Fire Brigade used the vagina candle explosion to serve as a reminder for consumers to never leave a candle unattended.