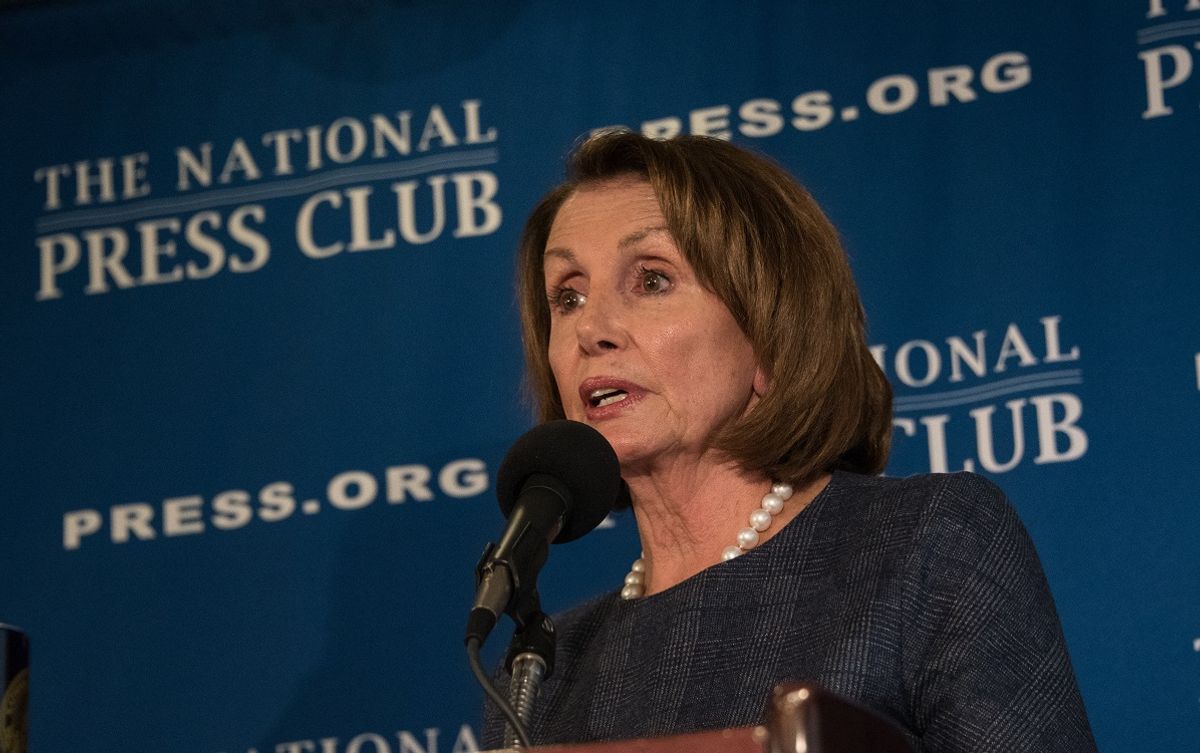 On 10 August 2009, U.S. House Speaker Nancy Pelosi and House Majority Leader Steny Hoyer published an op-ed piece in USA Today under the title "'Un-American' attacks can't derail health care debate," in which they criticized those who had been engaging in efforts to disrupt debate over health insurance reform legislation (which later became widely known as "Obamacare").

[I]t is now evident that an ugly campaign is underway not merely to misrepresent the health insurance reform legislation, but to disrupt public meetings and prevent members of Congress and constituents from conducting a civil dialogue. These tactics have included hanging in effigy one Democratic member of Congress in Maryland and protesters holding a sign displaying a tombstone with the name of another congressman in Texas, where protesters also shouted "Just say no!" drowning out those who wanted to hold a substantive discussion.

These disruptions are occurring because opponents are afraid not just of differing views — but of the facts themselves. Drowning out opposing views is simply un-American. Drowning out the facts is how we failed at this task for decades.

I write to you out of utter disdain! You are as despicable and un-American as the traitor Jane Fonda.

I am a soon to be 65 year-old who has voted in every state and local election since 1966. I have voted for both Republicans and Democrats alike. I have worked on campaigns for both Republicans and Democrats, white and black. I served the country that I love in Vietnam, as my son did in the Middle East. I was awarded two bronze stars. I have been involved in politics since age 6 when my father was campaign manager for a truly great American Congressman, Charles Raper Jonas, who worked for his constituents and his country, and was to be admired, unlike you.

You obviously haven't read the Constitution recently, if ever, the Federalist Papers, or even David McCullough's book on John Adams. You ought to take the time while riding around in your government provided luxury executive jet to do just that. You represent Socialistic and even Marxist principals that our founding fathers tried to avoid when setting out the capitalistic republican form of government represented by our Constitution.

I find it interesting that you and your husband are multi-millionaires with much of your fortune being made as a result of your public service. You have controlled legislation that has enhanced your husband's investments both on and off shore. At the same time you redistributed the wealth of others. Our system of a free market economy is being destroyed by the likes of you. You ride around in a Gulfstream airplane at the tax payers expense while criticizing the presidents of companies who produced something for the economy. You add nothing to the economy of the United States; you only subtract therefrom.

I would like to suggest that you return to the city of fruitcakes and nuts and eat your husband's canned tuna and pineapple - produced by illegal immigrants and by workers who have been excluded from the protection that 90% of the legal workers in the United States have.

I await your defeat in the next election with glee.

Don’t ever use the term un-American again for protesters who love this country and are exercising their rights upon which this country was founded. By the way, while I served in the Army, I was spit on by the same type of lunatics who support you and who you probably supported in the 60s and 70s. You are an embarrassment to all of us who served so that you would have the protected right of free speech to call us un-American. But at the same time, I have the right to write you to notify you that I consider you to be un-American, as do the majority of the people of this formerly great country. You are a true disgrace to most of the people who served this country by offering themselves for public service in the United States Congress.

I feel certain your aides will not share this letter with you, but I intend to share it with many. We contacted Mr. Guthrie at the address included in the letterhead on which the letter was printed, and he confirmed that he did indeed write and send such a letter to Rep. Pelosi.