Do Photos Show Guns Drawn in US House Chamber? 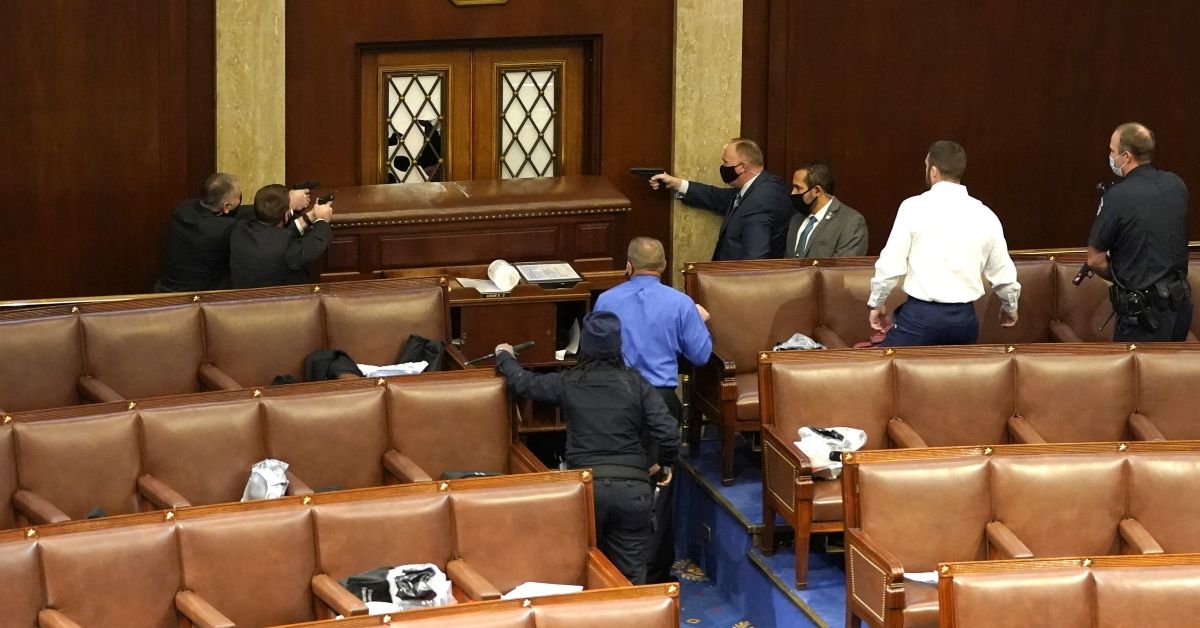 Photographs captured in the U.S. House Chambers during the Jan. 6, 2021, riot in the District of Columbia show U.S. Capitol police with their guns drawn and pointed at members of a mob that stormed the building. The photos in question were captured by photographer Drew Angerer and made available through the photo aggregation site Getty Images. As the riots advanced into the evening, a number of news publications and social media users posted a variety of similar pictures online.

A caption accompanying the photo noted that Congress was holding a joint session to ratify U.S. President-elect Joe Biden’s 306-232 Electoral College win over President Donald Trump. A mob of pro-Trump protesters who opposed the 2020 election results breached the Capitol, forcing the House and Senate into a recess. As of this writing, the building had been secured and lawmakers were expected to move forward with certifying the election.