Are Gummi Bears Made with Car Wax?

Carnauba wax is used to add an attractive sheen to everything from cars to candy -- including fruit-flavored snacks such as Gummi Bears. 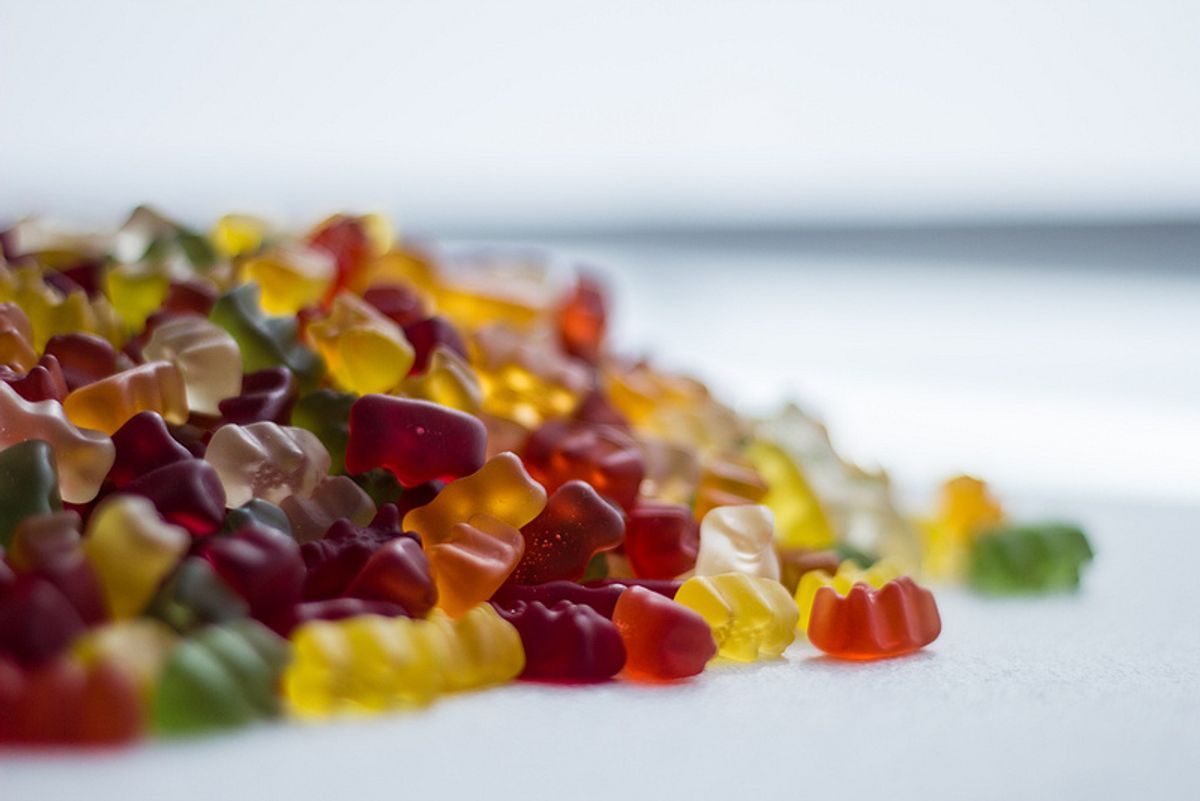 Claim:
The popular Gummi Bears (and similar fruit-flavored candies) are made with carnauba wax, the same ingredient that is found in car polish.
Rating:

Carnauba wax produces a glossy finish and is used in products ranging from automobile waxes to fruit-flavored candies.

Eating Gummi Bears is the equivalent of consuming car wax and is therefore dangerous.

For years, rumors have circulated about gummi candies using car wax as an ingredient, a claim that appears most often in listicles about strange ingredients in foodstuffs, but also as a "shocking" reason you shouldn't eat such candies published on health sites that also carry endless articles about "toxins."

But what's the truth?  The short answer is yes, Haribo's popular fruit-flavored Gummi Bears brand candies are finished with carnauba wax, as plainly stated on the Haribo web site:

After a relatively long drying process in drying rooms, the gummies receive a coating of beeswax and carnauba wax to give them a nice sheen and prevent them from sticking together.

The primary ingredients in Gummi Bears are sugar, glucose syrup, starch, flavoring, food coloring, citric acid, and gelatin. In the Haribo candies, carnauba wax — produced from leaves of Brazilian trees that secrete carnauba wax to protect them from the hot sun — finishes off the product with a shiny glaze for aesthetic purposes.

Well, just how much wax is in that Gummi Bear, anyway? No articles we could find provide an exact amount of carnauba wax used an ingredient in gummies and other candies, but its volume in a given candy appears to be fairly minor.

On Drugs.com, carnauba wax is described as “a safe, non-toxic, and inert ingredient.” The melting point of carnauba wax is 180 degrees Fahrenheit, which means it doesn’t melt in the human body and passes, unabsorbed, through our intestinal systems.

Readers may also be interested in knowing that carnauba wax not only appears in jelly beans, Gob Stoppers, Skittles, Dubble Bubble gumballs, and a variety of other candies with hard shiny exteriors, but it is also used as a coating on medications to make them easier to swallow.