Do These Photographs Show a Guitar Graveyard?

The least someone could do is to give these instruments a decent burial. 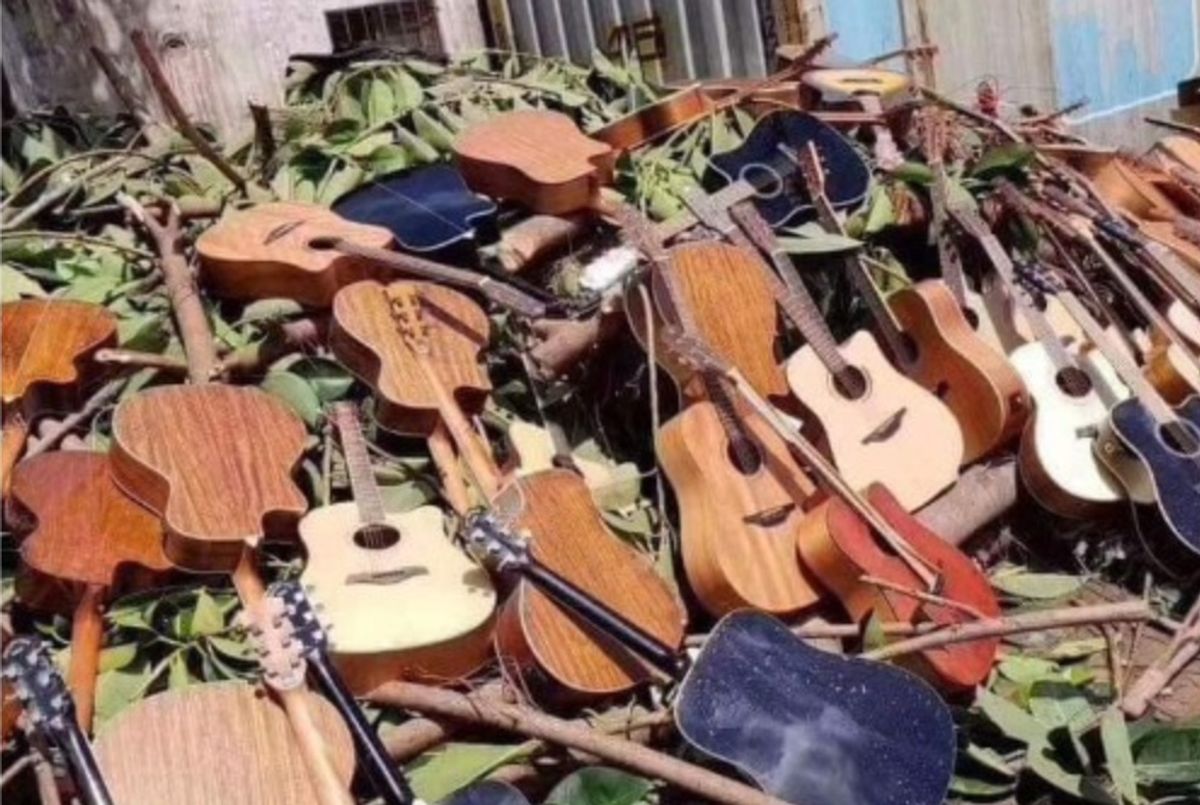 Claim:
A photograph shows a 'graveyard' of guitars confiscated from street musicians in Brazil.
Rating:

A photograph purportedly showing a "guitar graveyard" was circulated on social media in November 2018, along with the claim that the discarded instruments had been confiscated by law enforcement from street musicians in Brazil: While the scene depicted in these images could be loosely described as a "guitar graveyard," the photographs have nothing to do with Brazilian street musicians. These pictures show dozens of instruments that were damaged during Typhoon Mangkhut in the Guangdong province of southern China.

One of these photographs was included in an article from the Chinese music website Exound.com under the caption: "A musical instrument factory in Guangdong after Mangosteen." (Mangkhut is the Thai word for the mangosteen fruit.) Another image from this set of photographs was shared by Twitter user @ydshhsyhygyhm in 18 September 2018, the day after Typhoon Mangkhut dissipated. @ydshhsyhygyhm explained in a subsequent tweet that these instruments had been "soaked in water after the typhoon" and that the store would offer the guitars at substantially reduced prices in order to cut their losses: The earliest iteration of the final image in this set was also posted just a few days after Typhoon Mangkut. On 20 September 2018, the Facebook page Guitar Chords and Lyrics shared all three of these images on social media but provided no additional context about what they showed: All three of these images first appeared online shortly after Typhoon Mangkhut dissipated in September 2018. It wasn't until several weeks later that these photographs were recaptioned and shared with the unfounded claim that they showed a "guitar graveyard" filled with instruments confiscated from street musicians in Brazil.