Formerly banned Twitter influencer Andrew Tate tagged Thunberg in a tweet in which he bragged of owning 30 cars with "enormous emissions." 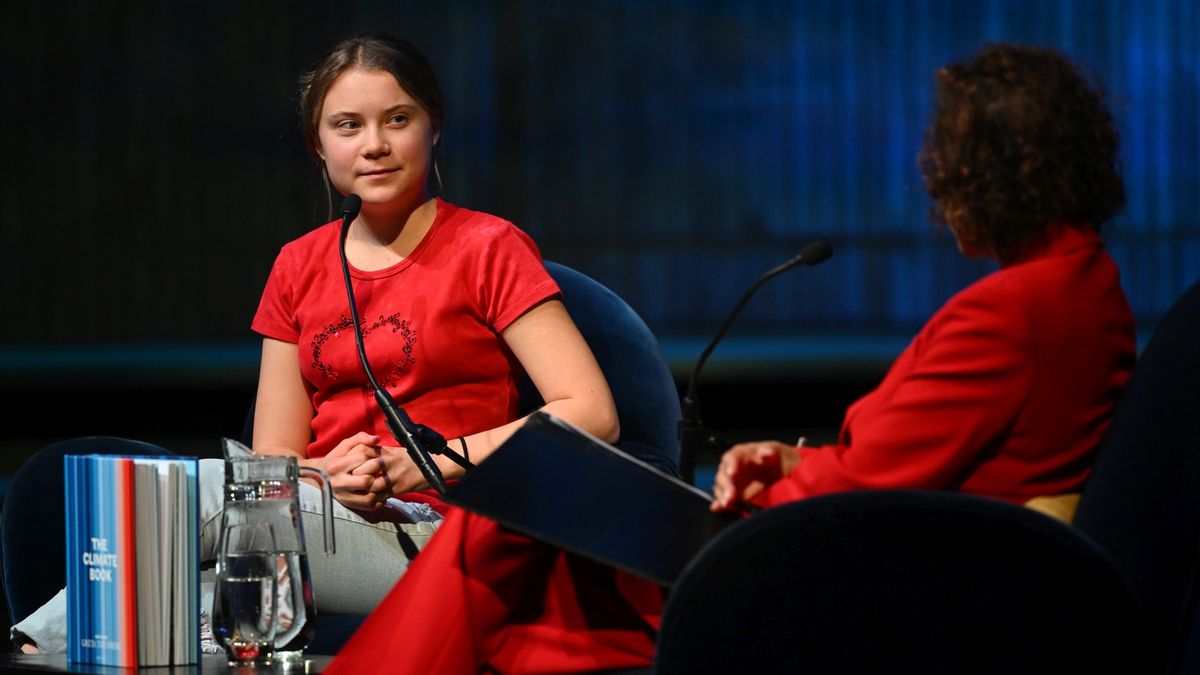 Greta Thunberg speaks on stage during the global launch of "The Climate Book" at The Royal Festival Hall on October 30, 2022. (Image Via Kate Green/Getty Images)

Claim:
Swedish environmental teen activist Greta Thunberg tweeted "yes, please do enlighten me. email me at smalldickenergy@getalife.com" in response to a tweet from controversial Twitter influencer Andrew Tate in which he bragged of owning 33 cars with "enormous emissions."
Rating:

On Dec. 28, 2022, 19-year-old Swedish environmental activist Greta Thunberg set Twitter on fire with her response to a taunting tweet from former kickboxer and social media influencer Andrew Tate, who had only recently been reinstated to the platform after being permanently banned in 2017 for violating its terms of service. Tate has often been "mired in controversy" and "heavily criticised for his 'misogynistic' views," according to the Independent. He has been banned from multiple social media platforms.

"Hello @GretaThunberg," Tate tweeted on Dec. 27. "I have 33 cars. My Bugatti has a w16 8.0L quad turbo. My TWO Ferrari 812 competizione have 6.5L v12s. This is just the start. Please provide your email address so I can send a complete list of my car collection and their respective enormous emissions."

Thunberg replied the next day: "yes, please do enlighten me. email me at smalldickenergy@getalife.com."

The pair of tweets had racked up more than 80 million impressions as of this writing. Thunberg's reply alone had earned over a million likes.

Thunberg, who was named Time magazine's youngest-ever Person of the Year in 2019, became an activist in 2018 at the age of 15, by demonstrating outside the Swedish Parliament for stronger action against climate change. The resulting publicity made her an international figurehead for the environmental movement, and also a target of political hatred.

"Andrew Tate: Who Is the Controversial TikTok Influencer?" The Independent, 21 Nov. 2022, https://www.independent.co.uk/life-style/andrew-tate-unbanned-twitter-who-is-b2229545.html.