Unethical life tip: If a person's opinion offends you, just manipulate the video and pretend they said something else. 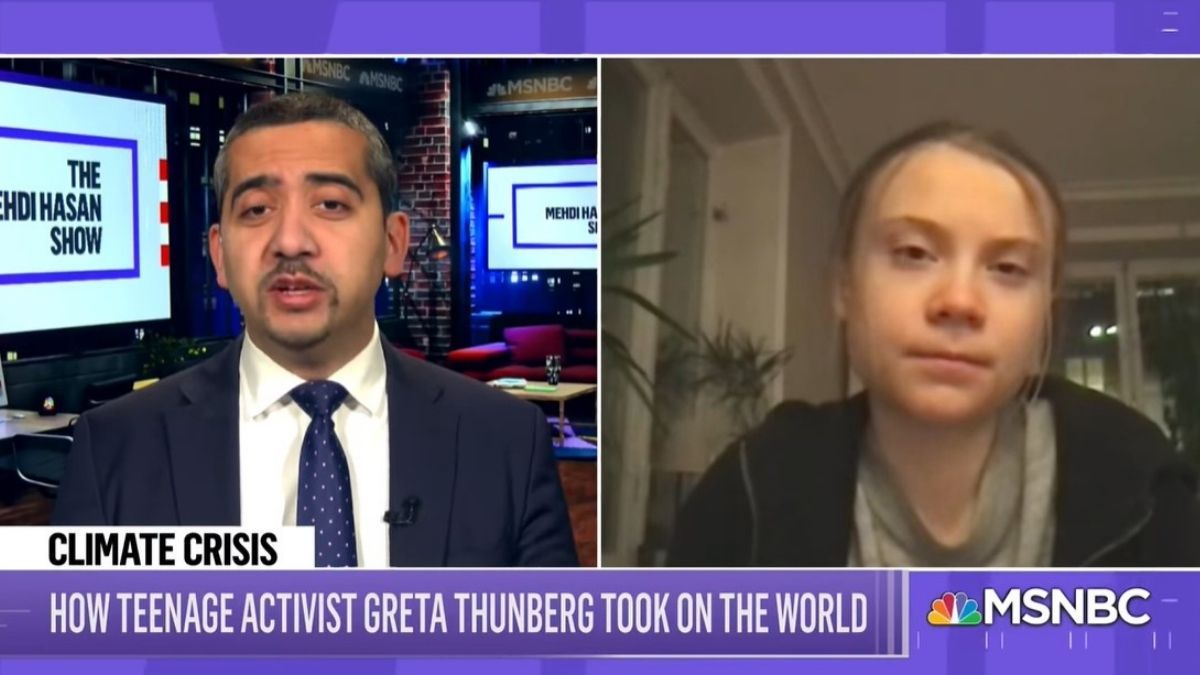 In June 2021, a video started circulating on social media that supposedly showed environmental activist Greta Thunberg letting "the cat out of the bag" after she accidentally admitted that the "climate crisis doesn’t exist."

This video has been misleadingly edited to make it seem as if Thunberg admitted that there was no climate crisis. But that's not the case. This video omits large portions of Thunberg's remarks and misleadingly presents the footage to take Thunberg's comments out of context.

The original video showed Thunberg during a March 7 appearance on "The Mehdi Hasan Show" on MSNBC. Hasan asked Thunberg what U.S. President Joe Biden should do to address the climate crisis. Thunberg responded that the number one thing political leaders could do is to treat the crisis like a crisis:

Hasan then asked Thunberg if she had a specific policy goal in mind that she would enact if she had the power to unilaterally do so. Thunberg said that she wouldn't enact policy without the consent of the people, saying it would be undemocratic, and then reiterated her point that political leaders needed to treat the climate crisis like the crisis.

Thunberg repeatedly says in this clip that we need to treat the "climate crisis like a crisis." The manipulated version of this video omits those references and instead focuses on a rhetorical question Thunberg posits at the end of the segment:

I meet with a lot of world leaders and they say ‘I can't do anything because I don't have the support from voters.’ Well, how can you expect support and pressure from voters if you aren’t treating the crisis like a crisis — since the climate crisis doesn’t exist, how can we expect people to want climate action?"

Thunberg did not let the "cat out of the bag" by admitting that the climate crisis doesn't exist. This viral video was manipulated to take Thunberg's comments out of context. In the original clip, Thunberg repeatedly says that the "climate crisis is a crisis" and that political leaders need to treat it as such.