No, This Ironic Greta Thunberg Sticker on a Flooded Car Isn't Real

The original photo appeared in news reports of disastrous flooding in Germany. 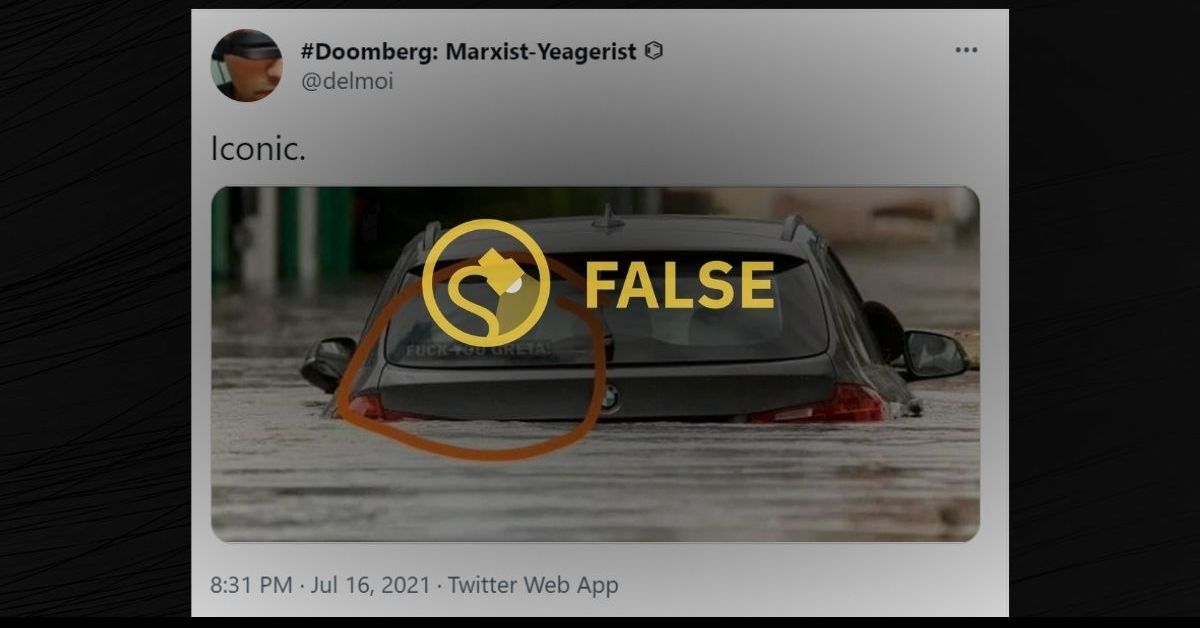 Claim:
A car sinking in a flooded road had a "Fuck You Greta" sticker on it.
Rating:

On July 16, 2021, Twitter users shared a photograph that allegedly showed a car sinking in a flooded-out road that had a "Fuck You Greta" sticker affixed to its rear window. The "Greta" in question is presumably Swedish teen climate activist Greta Thunberg. In the above picture, a sticker or sign can be seen on the driver's rear window that carries the message. The photo was widely shared as if it were an ironic example of a climate change denier falling victim to the calamitous effects of climate change.

But the image isn't real.

The real photograph was included in a report published by the German news website Bild, where the submerged car can be seen without the sticker on its window, as noted by another Twitter user who included the real photo in a reply:

The death toll from flooding in Europe reached 160 as of July 17, 2021. Most of the deaths have occurred in Germany, with Belgium reporting 27 fatalities. The extreme weather event is being linked to climate change. And it's true that those in denial of of the reality of climate change have targeted Thunberg with vitriol. But in this case, the driver of the gray BMW is not one of them.