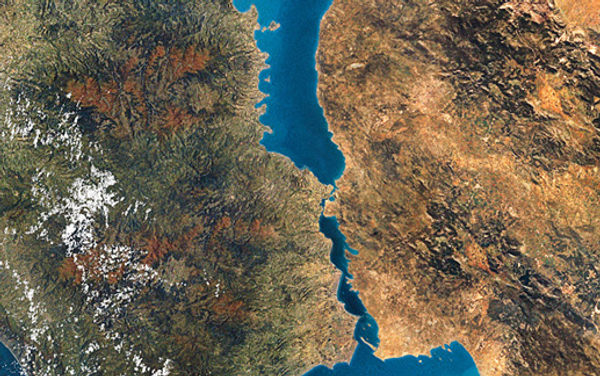 Origins:   In June 2015, an image of Greenland's "kissing islands" began circulating widely via social media after it was shared by the "Earth Pics" Twitter account. Although Earth Pics is billed as sharing "Beautiful Earth Pics" to "make your timeline beautiful," in this case the "pic" they shared is not a real location seen on planet Earth.

The "Kissing Islands" were created by digital artist Vincenzo Micarelli and the ad agency Saatchi & Saatchi as part of a marketing campaign for the Pfizer pharmaceutical corporation. Micarelli also created two other "island face" ads for the campaign: The "Kissing Island" photograph has been available on the Internet since at least 2012, and it has been shared as a representing a real geographic feature by several information-related outlets.