The Republican representative from Georgia has endorsed QAnon conspiracy theories, among others. 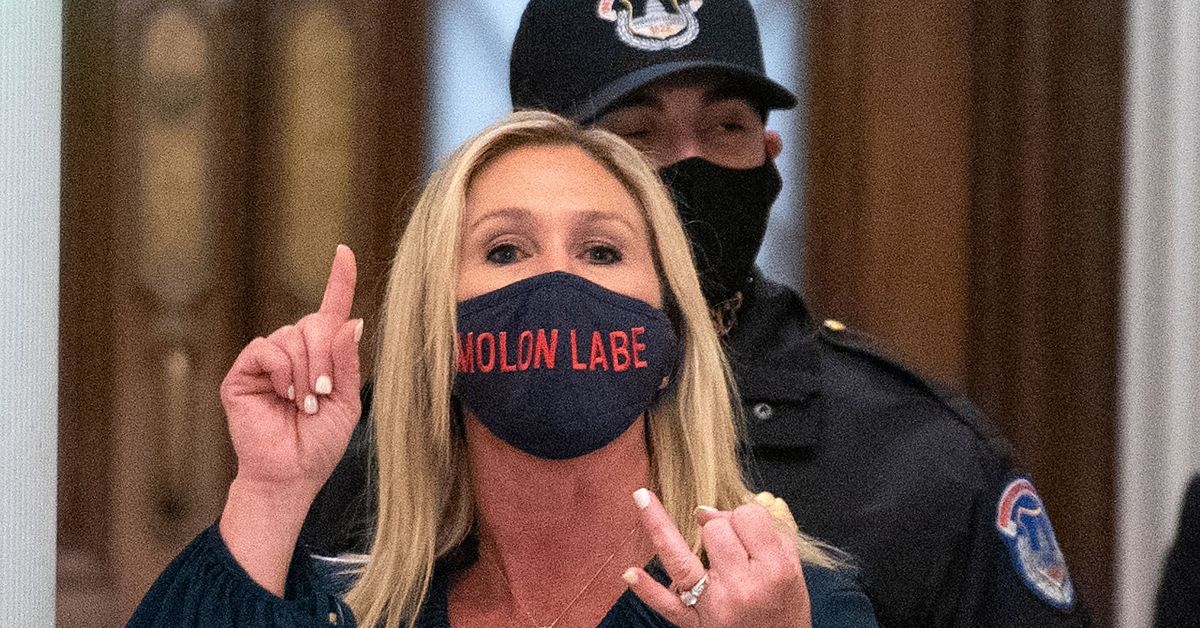 Claim:
U.S. Rep. Marjorie Taylor Greene of Georgia speculated that the real culprit behind the November 2018 wildfires in California may have been a Jewish laser beam from space.
Rating:

In a now-deleted Facebook post, Greene suggested that laser beams from space may have started the 2018 California wildfires, and that among the entities behind this conspiracy were former California Gov. Jerry Brown, Pacific Gas & Electric, and Rothschild Inc., an investment firm frequently targeted by anti-Semitic conspiracy theorists.

Greene did not explicitly state that “Jewish lasers” caused the fires.

Republican Rep. Marjorie Taylor Greene from Georgia has courted controversy on various issues by promoting QAnon conspiracy theories, alongside a history of anti-Muslim and anti-Semitic remarks. Years-old views, including a Facebook interaction in which she agreed with a comment that the Parkland shooting was a “false flag” staged event, and a video in which she pushed 9/11 conspiracy theories, have been unearthed.

One post from 2018 in particular was reported on by Media Matters for America, a watchdog group, where she speculated about a conspiracy surrounding the November 2018 wildfires in California. In the now-deleted post, Greene theorized that a space-based solar generator, used in a clean-energy experiment with the goal of replacing coal and oil, could have beamed the sun’s energy back to Earth and started the fires. We have covered similar claims surrounding the wildfires before.

She said, “there are too many coincidences to ignore” and “oddly there are all these people who have said they saw what looked like lasers or blue beams of light causing the fires.” Greene also speculated that a range of people or groups were involved in this fire, including former California Gov. Jerry Brown, Pacific Gas & Electric (PG&E), and Rothschild Inc., an investment firm.

She said that Roger Kimmel, who was on the board of PG&E, was also “Vice Chairman of Rothschild Inc,” and “If they are beaming the suns energy back to Earth, I’m sure they wouldn’t ever miss a transmitter receiving station right??!! I mean mistakes are never made when anything new is invented. What would that look like anyway? A laser beam or light beam coming down to Earth I guess. Could that cause a fire? Hmmm, I don’t know. I hope not! That wouldn’t look so good for PG&E, Rothschild Inc, Solaren or Jerry Brown who sure does seem fond of PG&E.”

The Rothschilds, a Jewish banking family, have long been the targets of anti-Semitic conspiracy theories claiming that Jewish people are in control of the entire world. While Greene specifically did not use the words “Jewish laser,” she heavily implied that the Rothschilds were involved in the laser conspiracy.

An investigation showed that the California wildfires of 2018 were ignited by PG&E power lines, and then spread with the help of warm temperatures, dry vegetation, and strong winds.

In late January 2021, CNN reported that dozens of posts from 2018 and 2019 had been removed from Greene's Facebook page.

Given that Greene did not directly state that “Jewish lasers” caused the fires, but did speculate that laser beams somehow connected to the Rothschild investment firm were a cause, we rate this claim as “Mixture.”