The freshman member of the U.S. House of Representatives from Georgia has been no stranger to controversy. 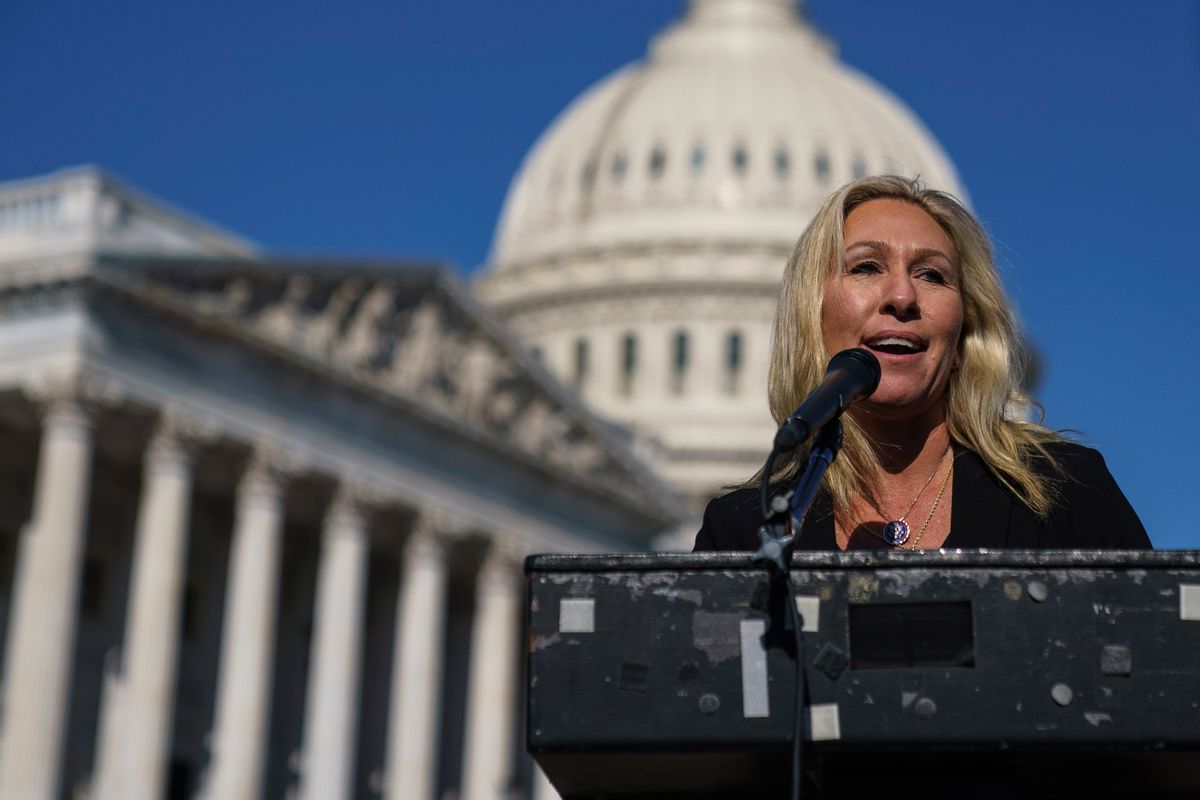 Claim:
U.S. Rep. Marjorie Taylor Greene referred to the idea of a vaccine passport as "Biden's mark of the beast."
Rating:

On March 30, 2021, a video that featured a freshman member of Congress was republished by the Right Wing Watch Twitter account. In the video, U.S. Rep. Marjorie Taylor Greene, a Georgian who had been no stranger to controversy, purportedly referred to the idea of a vaccine passport as "Biden's mark of the beast."

It's true that Greene said that a vaccine passport was "Biden's mark of the beast." She tweeted the same phrase the day before:

The phrase "Mark of the Beast" was also trending on Twitter: What Does 'Mark of the Beast' Mean?

According to Dictionary.com, the Biblical phrase has two meanings. The first is: "the mark put on the forehead of those who worship the beast, the Antichrist, and symbol of opposition to God." It can also be defined as "the stain of apostasy, regarded as both indelible and inescapable," from Revelation 13:16-17.

In the republished video, Greene also purportedly referred to the idea of a vaccine passport as "corporate communism." Read her relevant remarks in the following transcript:

Oh, if you're going to come into the football game, or the baseball game, or the concert, you need your vaccine passport because we're trying to do a good job to keep everyone safe. This is what the Biden administration is trying to talk these private companies into doing. Well let's analyze that. You see, it's still the same thing, it's still fascism, or communism, whatever you want to call it. But it's coming from private companies. So I have a term for that. I call it corporate communism.

The idea of a so-called vaccine passport involves a way for private companies to be able to verify a patron's risk factor while attending certain public events. For example, a business would be able to check for confirmation if a customer had received a COVID-19 vaccination. The process might also provide information if the person had recently tested negative for the virus.

The Associated Press (AP) published an explainer about vaccine passports. AP noted that several companies were developing a potential passport product. The travel industry has shown particular interest in the idea after international air travel "collapsed during the pandemic."

Also included in AP's explainer was information on how wealthier countries may benefit from vaccine passport implementation. This would potentially leave less fortunate countries behind.

On March 30, CBS News reported that the White House was leaving the work of creating vaccine passports to the private sector:

"This is going to hit all parts of society, and so naturally, the government is involved," Andy Slavitt, acting director for the Centers for Medicare and Medicaid Services, said during a White House COVID-19 briefing Monday.

"But unlike other parts of the world, the government here is not viewing its role as the place to create a passport, nor a place to hold the data of — of citizens. We view this as something that the private sector is doing and will do. What's important to us, and we're leading an interagency process right now to go through these details, are that some important criteria be met with these credentials."

In sum, it's true that Greene referred to a vaccine passport as "Biden's mark of the beast."