Does the Green New Deal Proposal Include a 'Recycling Urine' Provision?

If you're skeptical of conspiracy theorists when they're earnest, you certainly shouldn't take their word when they're joking. 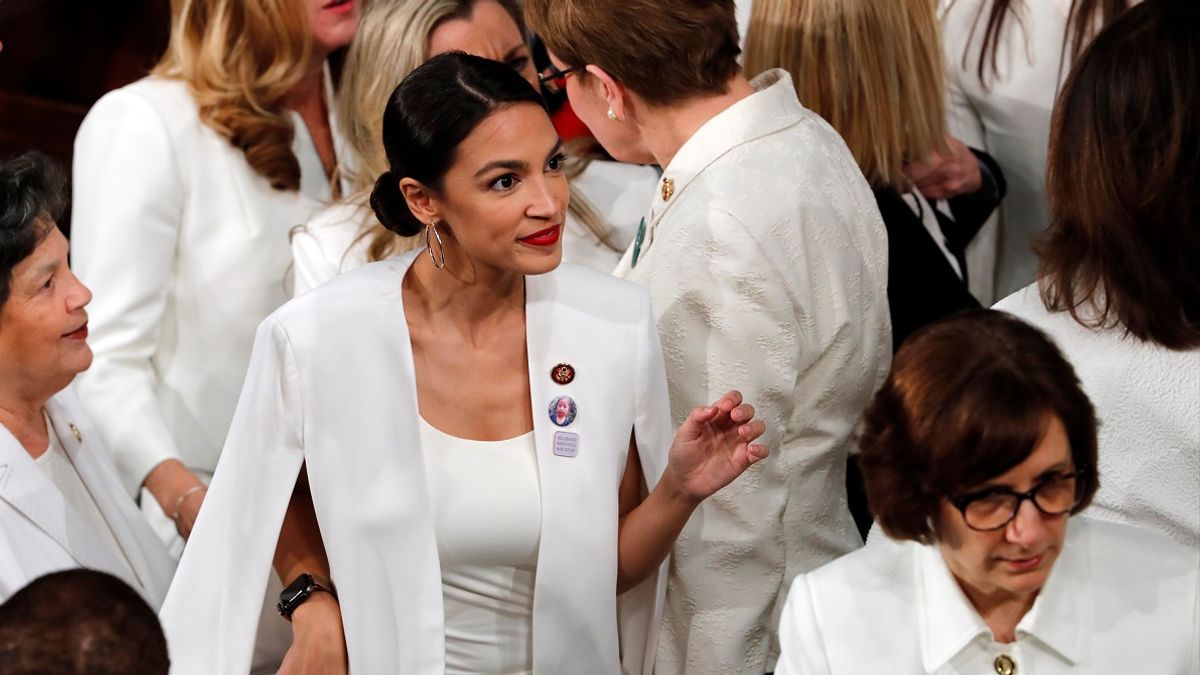 Claim:
The Green New Deal legislation of 2019 includes a provision requiring men to recycle their urine to use for coffee.
Rating:

In February 2019, a screenshot supposedly showing a section of the proposed "Green New Deal" legislation introduced by Congresswoman Alexandria Ocasio-Cortez (D-NY) on 7 February 2019
began to circulate on social media: The odd provision seemingly requiring men to recycle their urine to be used in preparing coffee or juice was not a genuine section of the Green New Deal. The image was created by YouTube conspiracy theorist Mark Dice, who posted it to both his Twitter and Facebook accounts and urged his readers to spread the fake document:

Spread it around guys! Let's see if AOC will "Fact Check" this. #GreenNewDeal ? Post it in the replies of tweets from mainstream media about her stupid plan.

It's hard to tell if this is satire or real, because Alexandria Ocasio-Cortez's Green New Deal is this crazy, but this is a Mark Dice original. Spread it around though, and don't give away the joke, and let's see if we can get it to go viral and have the media to "fact check" it. ?

The image quickly spread across social media and was often presented without any sort of disclaimer labeling the content as satire, receiving hundreds of likes and shares when it was posted on Facebook pages such as "The Proud Patriot," "F/U Deplorables," and "American Warrior Revolution." Various Twitter users also shared this image with no disclaimer, including OANN (One America News Network) host and alt-right personality Jack Posbiec. (Posbiec noted in a subsequent tweet that it was "obvious satire.")

Although Dice may have intentionally started and spread this bit of misinformation, it wasn't the only item that sowed confusion regarding the actual contents of the Green New Deal bill.

As the bill was rolled out, a "Fact Sheet" concerning the legislation was published to Ocasio-Cortez' website. However, some of the information on that fact sheet did not correspond with the actual text of the bill as introduced to Congress. This fact sheet was later removed from the congresswoman's website, with her office explaining that it was an "early draft" that had been published accidentally, as Vox noted:

The conflict was rooted in what looks like a mistake on the part of Ocasio-Cortez’s office, which released a fact sheet inconsistent with the actual legislative text of the Green New Deal resolution. In areas where the Green New Deal was purposefully vague to attract a broader base of Democratic support — such as renewable energy sources — Ocasio-Cortez’s fact sheet offered more specific and prescriptive priorities.

One of the talking points included language promising economic security for even those “unwilling to work” — something that caught the ears of conservatives who claim entitlement programs stifle work productivity (there’s not much evidence to this effect). The actual text states more broadly that the Green New Deal would “create millions of good, high-wage jobs and ensure prosperity and economic security for all people of the United States,” without mentioning anyone’s job status.

Although the removed fact sheet may have led to some confusion about what exactly was in the Green New Deal, neither the deleted page nor the official bill contained any mention of "recycled urine."

The full text of this legislation, House Resolution 109, can be viewed on the official website of the United States Congress.