To those of a superstitious bent, green cars seem far more prone than those of other hue to develop mysterious ailments and proclivities. 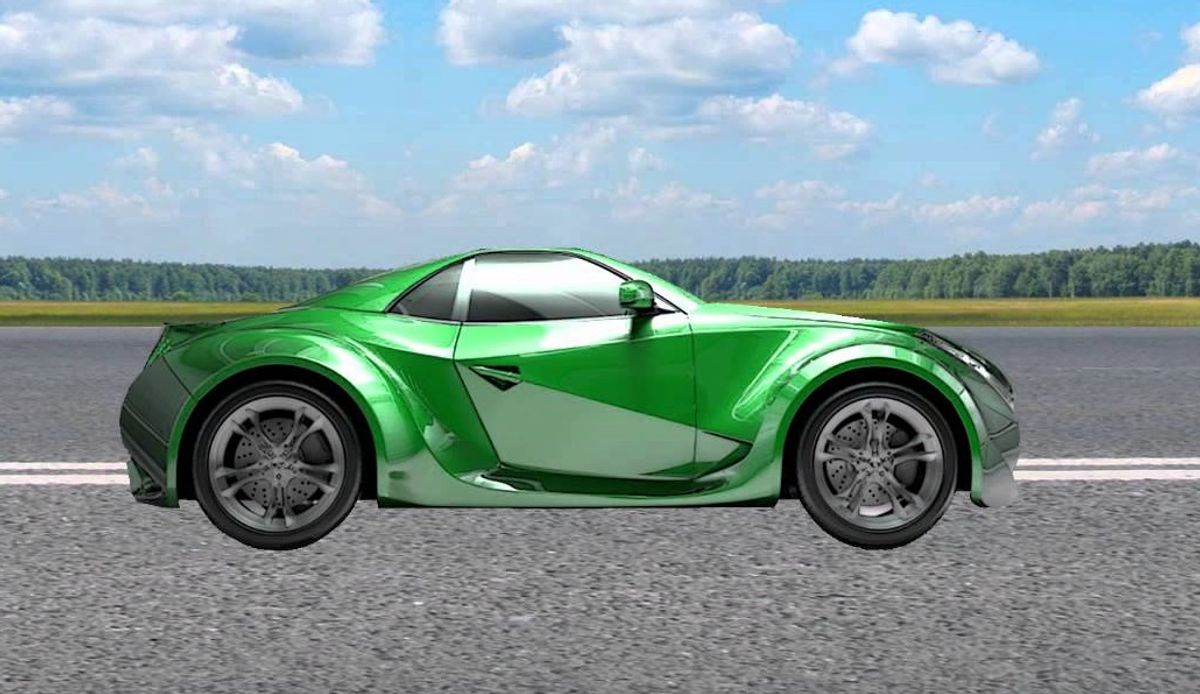 Claim:
Green is an unlucky color for automobiles.
Rating:

Green is a hue of many powerful and ancient associations, not all of them positive. While it is the color of hope and immortality, it is also deemed an unlucky shade in both Britain and the U.S. It is said various malicious wood spirits have selected the color as their very own and will lay claim to any mortal being fool enough to parade about in any of its tints, either permanently spiriting the offender away or evilly influencing him into dangerous or foolhardy acts.

In the world of the theater, actors and actresses are averse to the color, with some balking at its use on stage for either costuming or props. Away from the boards, we find the beliefs that national disaster invariably follows close on the heels of any issue of green-hued postage stamps, and that those who wear clothing of a verdant shade will soon afterwards have to don black (attend a funeral). And of all the possible colors a bride could choose for her wedding green is considered one of the unluckiest

This centuries-old disquiet about the color green has in modern times expanded and affixed itself to the automobile. Just as ill luck was supposed to attach to green clothing, a similar presumption of lurking calamity has come to fasten upon green vehicles, thereby dooming those who encase themselves in emerald glory (either by wearing it or riding about in it) to mischance:

When I was young, my father was a driving instructor, every couple of months somebody calling to book a lesson would ask if the car was green. When asked why they needed to know this the answer was always that green cars were considered unlucky. One woman who phoned had lost her boyfriend to a green car accident and in a separate incident she broke numerous bones having crashed a green car. Nobody asked if the car they would be learning in was any other colour, green was the only one considered off limits. I heard this claim again recently which reminded me, an internet search brings up a lot of info on nascar, where green is considered unlucky in the early stages.

To those of a superstitious bent, green cars seem far more prone than those of other hue to develop mysterious ailments and proclivities: strange rattles, odd knocks, and abrupt pulls towards the road's edge (especially when there are concrete bridge abutments such vehicles might be drawn into). Chariots of this shade are said to take sudden unexpected lunges at garage walls, making the act of parking them fraught with adventure. While a great many such mishaps can easily be chalked up to driver error, to the superstitious it all too often seems such acts of inattention occur only with green cars. (The one and only time my mother mistook the gas for the brake, resulting in her parking the back end of her jalopy over a retaining wall, she was at the wheel of a green Plymouth )

A woman in Salt Lake City reported that while she owned a green Honda it was rear-ended, experienced various odd mechanical problems, had a flat tire every four months, and was stolen. After recovering it, she unloaded the beastie upon her and said this of his experience:

Funny thing, though? He was backing it out of his garage and he hit the side of the garage door. Doesn't sound like much, but my ex is a hobby rally racer. He *never* does stuff like that. Ever. His car is basically an extension of himself, so he hasn't had a dumb accident like that in years least since I've known him, which is about now. Now he's totally convinced the car is a bad-luck magnet.

The aversion to the pastoral hue is well established in the racing world. There, the sensitivity to the color's presumed darker aspects is so strong that Mario Andretti never signs autographs with green ink, and it is said Joe Weatherly (NASCAR's 1962 and 1963 champion) once removed his socks for a race because rain had changed their color from blue to green.

While it is true some drivers have won races in green automobiles, cars of that complexion are rarely to be found at U.S. racetracks because they are regarded as unlucky. The prejudice against them dates to the earliest days of motor racing, fed (if not begun) by some especially memorable racing fatalities brought about by green racing machines.

On 17 September 1911, one of the worst auto racing accidents in history occurred at Syracuse, when were killed and injured by Lee Oldfield's Knox racer, a green car that blew a tire during the race, careened into the infield, and plowed through a snow fence into a group of spectators. (The driver, thrown from the car, received minor injuries.)

On 25 November 1920, Gaston Chevrolet, lost his life when his green Frontenac crashed at the Beverly Hills Board Track into the Duesenberg driven by Eddie O'Donnell. (O'Donnell and Lyall Jolls, his riding mechanic, also lost their lives in that accident.) Scant months earlier, Chevrolet had won the in that very car.

Well-entrenched centuries-old superstition about green being an ill-favored color has likely combined with memory of those two high-profile fatal crashes to help foster the belief that green cars and auto racing should not mix.