"I bet you're going to sell me tickets to the Highway Patrol Ball." 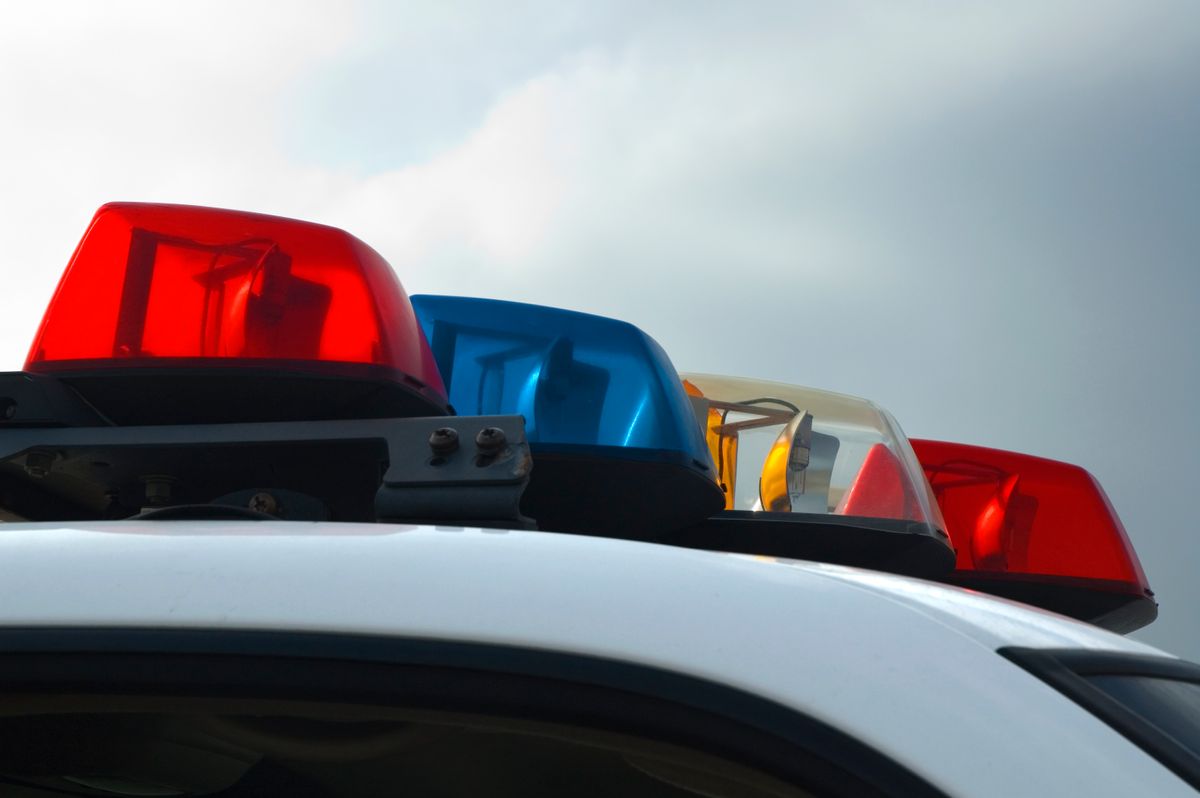 Close-up of the colorful lights on top of a police vehicle. (Image Via Getty Images)

Claim:
Speeding motorist tries to buy her way out of a citation by offering to buy tickets to the Policeman's Ball, resulting in an embarrassing double entendre admission from the officer.
Rating:

The "police don't have balls" tale has been since around at least 1984. Its success as an anecdote relies on the multiple meaning of a comment uttered in all innocence and, as such, is reflective of the common human experience of intending to say one thing but inadvertently delivering a screamingly funny secondary message. Starring a police officer — the ultimate humorless authority figure — as the one who takes the linguistic fall is just our way of taking a common experience and making it into something everyone can have a good snicker over:

A woman got pulled over for speeding by a California Highway Patrol motorcycle officer. When he walked up to her window and opened his ticket book she said, "I bet you're going to sell me tickets to the Highway Patrol Ball."

He replied, "No, Ma'am, highway patrolmen don't have balls." There followed a moment of silence while she smiled and he realized what he had said. Without saying another word, he closed his book, got back on his motorcycle and left.

"Policemen don't have balls" is in itself a rare triple entendre, referring not only (on the obvious level) to the police's not hosting fundraising dances, but also on a secondary level to their being less than virile (thanks to a physical shortcoming) and lacking in courage ("balls," in common parlance). In its own way, this joke is the ultimate shot to take at a peace officer, made doubly funny by his taking it at himself. (Puns on dual meanings of "balls" are common in urban legendry, as exemplified by the infamous anecdote about an embarrassing slip from the lips of a famous golfer's wife.)

It's unlikely a real police officer would become so flustered by an unintentionally humorous comment that he'd simply walk away from someone he'd been in the process of ticketing. Cops have to put up with a lot from the public they serve (the same public that's so delighted to see them when they show up to take burglary reports can become downright nasty when they see their "right to speed" challenged by traffic stops), so those who go into this line of work very quickly develop skin as thick as an elephant's hide. That one of these veterans of all that's worst in human nature could be driven off by the embarrassment inherent to a badly-phrased reply is an entertaining fantasy, but a fantasy nonetheless.


Sightings:   This joke was used as the subject of a 1997 Soap on a Rope comic strip. It was also given a brief airing in the television series Psych ("Who Ya Gonna Call?," original air date 18 August 2006) as banter between psychic Shawn Spencer ("Collecting donations for the policeman's ball?") and his police force nemesis Carlton Lassiter ("We don't have balls").