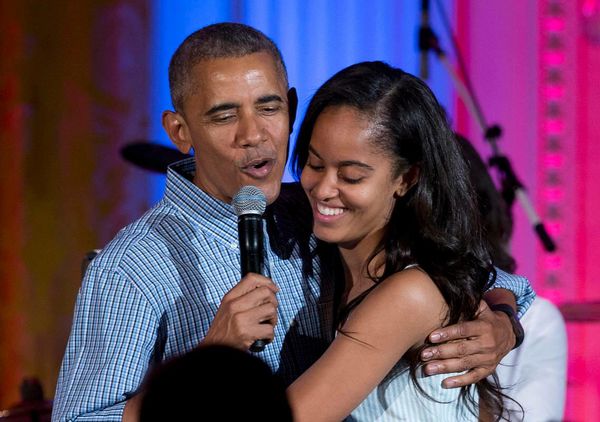 On 28 November 2014, the Empire News web site published an article reporting that President Obama's daughter Malia (who is now 18) was pregnant:

For now, Malia is staying hush-hush about the father's identity, but one thing she would say is that he is white.

"My mom always hoped I would get with a nice mixed-race man like dad, but love is so colorblind. Mom was probably right though. The dad already left me for some tramp. And of course, like all white men, my baby daddy won't want to pay his child support. I already told him, 'You want to keep your license so you can drive that bleach-blond tramp around in your little Jaguar, right? Better step up.'"

The article was written to appear as if it were a genuine news article, but there was no truth to the story: it originated with Empire News, an "entertainment" (i.e., fake news) web site that doesn't publish factual articles.

Former first daughter and professional pot smoker Malia Obama has delivered a crushing blow to her parents. She's deferring her college education and internship with the Spanish Ambassador to the UN for three years ... so she can raise her child.

That's right. The young Obama has decided to go the way of so many other wayward liberal girls and gotten herself pregnant. While there doesn't seem to be any kind of talk of marriage or even a father in the baby's life, there has been talk of who is responsible. The list of suspected baby daddies includes "Souldja Boy," "Shifty D" and a man named Dennis who was a staffer in the West Wing.