Did a Grandmother with AK-47 Save Cops Being Attacked by a Street Gang?

Reports detailed an incident wherein a 79-year-old grandma armed with an AK-47 saved the lives of two LAPD officers attacked by gang members. 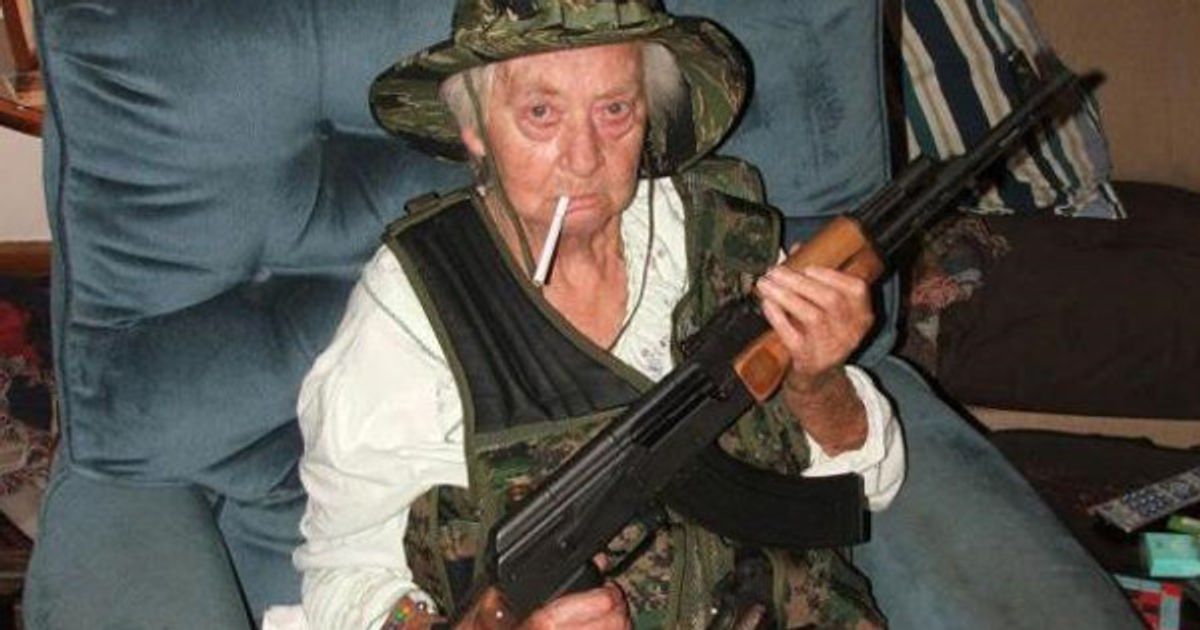 Claim:
79-year-old Wendy Robinson of Los Angeles came to the rescue of two LAPD officers with her AK-47 assault rifle when they were attacked by gang members.
Rating:

Along with cute kittens, puppies, political rants and Kardashian selfies, virtually anything having to do with armed grandmas taking down bad guys single-handedly is pretty much guaranteed to go viral these days, true or not. One such item appeared on the fake news web site World News Daily Report in October 2015:

Grandmother with AK-47 Saves Cops Being Attacked by Street Gang

Los Angeles| Officers of the LAPD received some totally unexpected backup yesterday, during a fire fight with local gang members in the Watts neighbourhood, as an elderly lady with an assault rifle showed up and scared the criminals away.

Officers Ricardo Cordova and Frank Cho were responding to a call concerning a presumed drug deal in a parking lot, when they came under fire from members of a local street gang. The policemen rapidly found themselves in a perilous situation, being inferior to their attackers in both numbers and firepower.

Fortunately for them, 79-year old Wendy Robinson was watching the events from her kitchen window and decided to intervene. The elderly woman equipped herself with her personal bulletproof vest and an AK-47 assault rifle, and ran to the officers’ rescue, firing more than 160 rounds in the direction of the assailants, injuring two of them.

Like nearly all of the "news" World News Daily Report publishes, this story is pure fantasy and written for entertainment purposes only. The web site's disclaimer page makes no bones about it:

All characters appearing in the articles in this website — even those based on real people —  are entirely fictional and any resemblance between them and any persons, living, dead, or undead is purely a miracle.

None of the above is true.