A bride finally questions why her mother cuts the ends off of roasts before cooking them. 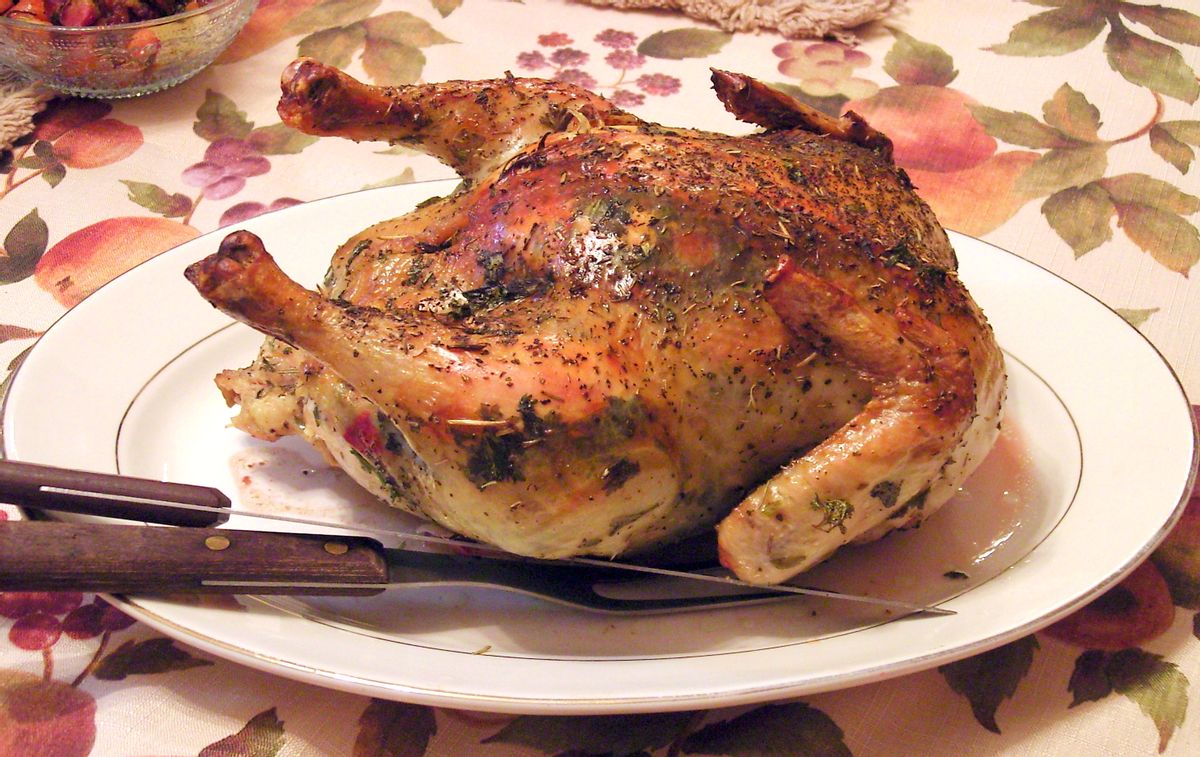 Claim:
A bride finally questions why her mother cuts the ends off of roasts before cooking them.
Rating:

Some family traditions are inexplicable ... as one bride supposedly found out when she finally thought to question why cutting off the ends of the roast before cooking the meat made for a better result:

The new Jewish bride is making her first big dinner for her husband and tries her hand at her mother's brisket recipe, cutting off the ends of the roast the way her mother always did. Hubby thinks the meat is delicious, but says, "Why do you cut off the ends — that's the best part!" She answers, "That's the way my mother always made it."

The next week, they go to the old bubbie's house, and she prepares the famous brisket recipe, again cutting off the ends. The young bride is sure she must be missing some vital information, so she askes her grandma why she cut off the ends. Grandma says, "Dahlink, that's the only way it will fit in the pan!"


In this respect, they are as bad as "this old boy down home." His wife sent him to the store for a ham. After he bought it, she asked him why he didn't have the butcher cut off the end of the ham. "This old boy" asked his wife why she wanted the end cut off. She replied that her mother had always done it that way and that was reason enough for her. Since the wife's mother was visiting, they asked her why she always cut off the end of the ham. Mother replied that this was the way her mother did it; Mother, daughter and "this old boy" then decided to call grandmother and solve this three-generation mystery. Grandmother promptly replied that she cut the end of the ham because her roaster was too small to cook it in one piece.

Setting up housekeeping is a daunting yet satisfying task as the bride strives to create a home for herself and her husband, not just a bare-walls place to live. (Grooms appear to be far less motivated in this regard — if it has a TV, sofa, and refrigerator, they figure it's about as done as it gets.) In creating her nest, it's assumed the bride will make mistakes early on as she finds out the hard way that what looked so easy when Mom was doing it is a bit more difficult on one's own. Burnt dinners and tears go together, but eventually a satisfactory homelife is settled into as major purchases are made, redecoration is accomplished, and traditions established within this new family. Throughout the upheaval, the bride is expected to look to her mother for a living example of how to pull it all together and to rely on her advice.

It's upon this assumption this legend rests. Many of the secrets of being a good cook are counterintuitive, and it's easy to adopt an "I don't know how this works, I just know it does" stance as yet another of Mom's recipes proves to turn out only when certain procedures are rigidly followed. The stage is set, so to speak, for the "too big for the pan" joke.

Often told within the Jewish religion, this tale is a parable for teaching the importance of understanding the whys of religious rituals. It is not enough, says this legend, to perform by rote — if observance is to have value, the reasons behind a tradition have to be appreciated as well as the ritual itself faithfully carried out. What better way to express this concept than by telling a tale of a bride and a trimmed roast?

In 2001, the following version of this classic appeared in the Canadian edition of Reader's Digest:

When my friend Dale opens a can, she always turns it upside down to open it from the bottom. One day her young son asked her why. "I don't really know," she said. "My mom always did it that way." She decided to call her mom and ask.

"When we brought the cans up from the cellar, the tops were always dusty," her mother explained. "I couldn't be bothered to clean them, so I turned them upside down and opened the bottom."

I was cooking Thanksgiving dinner with my friend who comes from a long line of Black Southern cooks! We were going to cook like 10 different desserts and take them to Grandma's house for the big day!

Well, with every cake that went into the oven, a pan of water went in too ... I didn't ask him why, while cooking, figuring that surely it was some secret for making the cakes more moist.

He made sure to point this out to his mother when we arrived. She complimented him on his remembering. I am brave enough to ask, in this crowded kitchen, with food laid out for at least 50 people. His grandmother pipes in ...

"I used to put a pan of water in there because my racks were uneven."

In 2003 a reader mailed us an especially enjoyable version of the tale:

A young woman is preparing her first thanksgiving dinner. As she gets everything ready for thanksgiving day, she very sternly reminds herself to let the turkey finish thawing in the sink overnight. She puts it in and places the dishrack over the top of the bird. Her husband walks into the kitchen and sees this. "Why are you doing that?" he asks.

"My mom always did that to help the turkey thaw" she told him.

The next day Mom calls to see how everything is going. "Fine, Ma. I have everything ready to go in the oven. I even remembered to put the rack over the turkey last night."

This seemed to confuse her mother a bit. "What are you talking about?" she asked.

"Oh, I remember you always put the dish rack over the turkey when it was thawing in the sink," she said.

There was a pause on the end of the line. "Yes, but honey, we had cats!"

Just to prove it's not only the ladies who fall into the trap of imitating without understanding, we leave you with this bit of humor from 1958:

A more frightened than injured young Seabee electrician was brought into the hospital suffering from electrical burns. Shortly afterward his instructor, a chief electrician, arrived. "Why on earth didn't you turn off the main power switch before you tried to splice the wires?" asked the chief.

"I wanted to save time, chief, and I've seen you stand on one leg, grab the wires and splice without turning off the power."

"My God, kid," exclaimed the chief. "Didn't you know I have a wooden leg?"


Sightings:   This legend surfaces in a 1994 episode of television's The Commish: Tony Scali asks one of his officers why he makes five copies of each document only to always throw away the fifth and is told "That's the way we've always done it." In retaliation, the Commish tells the "ends cut off the roast" story.