Fake news stories report that a woman ate her grandchild while high on bath salts. 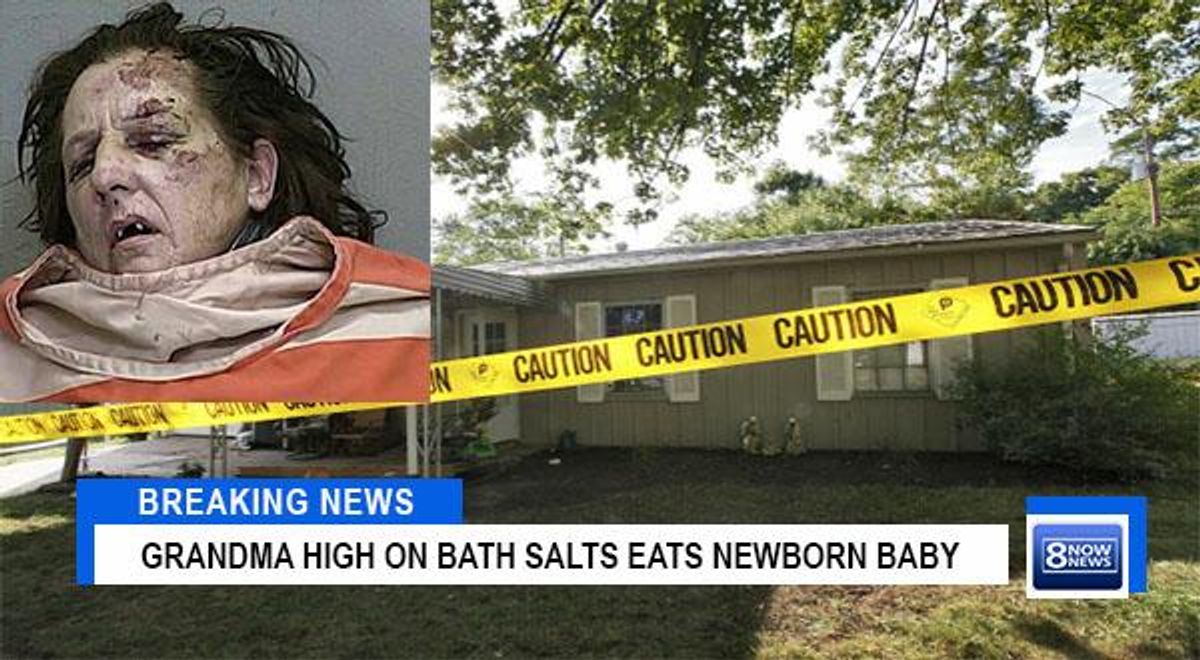 In April 2016, several web sites such as Now 8 News and Top Rated Viral published articles reporting that a grandmother had eaten her grandchild after smoking bath salts. While these articles were practically verbatim copies of each other, one claimed that the incident took place in New Jersey while the other reported that the tragic event had occurred in North Carolina:

A New Jersey grandmother of 8 and recovering drug addict, is now in custody after she allegedly ate her daughter’s newborn baby. Gretchen Schneider, 64, was babysitting her 4-week old granddaughter and was unknowingly under the influence of drugs, according to her daughter Amber Williams. When Williams dropped off her infant with her mother, she said she never expected anything like this.

All such reports were nothing more than clickbait fake news stories, however. In an attempt to lend credibility to their version, Now 8 News slapped a generic news ticker over an unrelated crime scene photograph and mug shot, the latter of which has been circulating online since at least 2014, when it was posted to Faces of Meth, a project started by the Multnomah County Sheriff's Office to raise awareness about the effects of methamphetamine.

The Now 8 News site mimics the appearance of a local television news web site, but it does not include a readily available disclaimer and is a well-known purveyor of fake news. The site has previously published hoax stories about a man having sex with a pig in a Wal-Mart, an obese woman starving her kids, and a woman who was arrested for making cat fur coats.