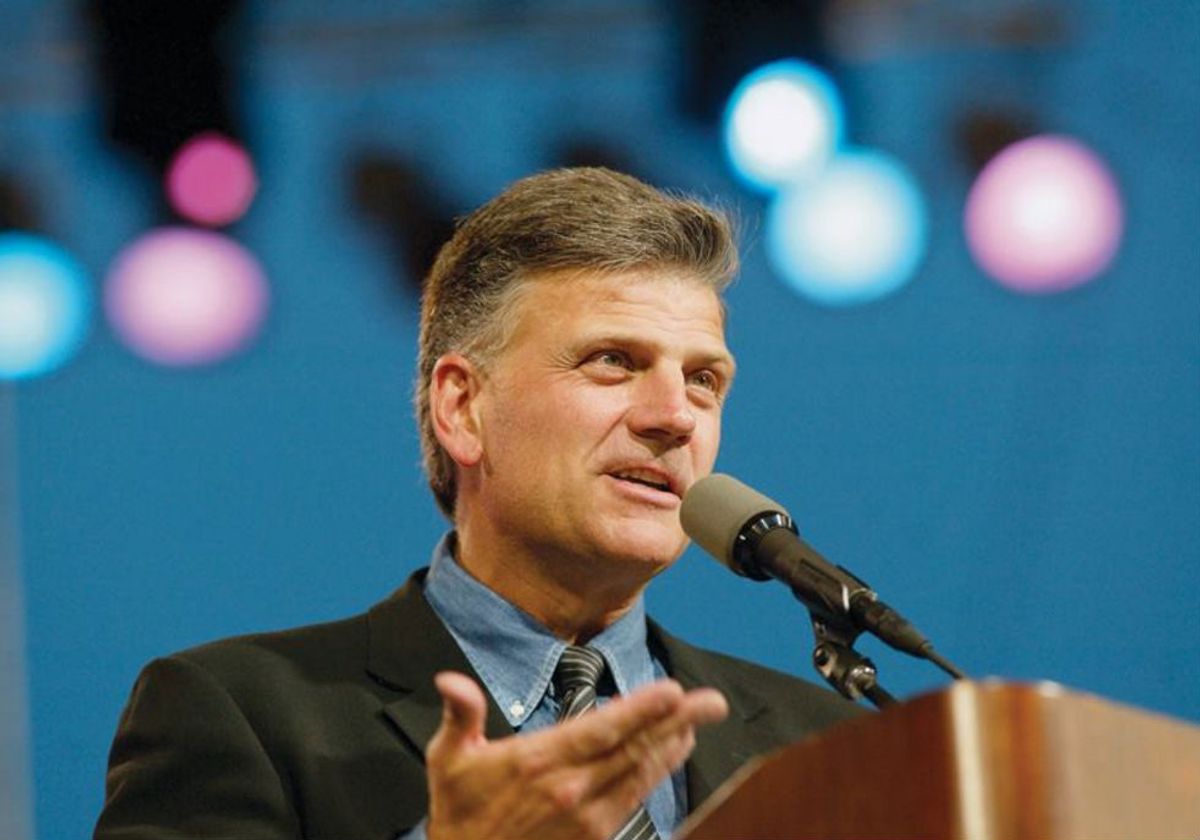 On 23 July 2016, the Business Standard News web site published an article reporting that evangelist Franklin Graham had warned Christians to support Donald Trump or else risk being rounded up and sent to death camps:

Franklin Graham, son of famed preacher Billy Graham, has urged Christians to vote for thrice married, casino owner Donald Trump. According to Graham, who feels Trump has been chosen by God, the reality TV star was the only thing standing between Christians and death camps.

“The liberal Democrats are openly hostile to Christians,” said Graham in an interview on WEHW radio. “We won’t survive four more years of Democrat-led government. I can see them rounding Christians up and putting us in death camps unless we follow their laws that want to grant special rights to gays and transgender people.”

There was no truth to the above-quoted article. The Business Standard News (i.e., BS News) is satirical site that does not publish factual stories:

Franklin Graham did not issue a warning about death camps, nor has he endorsed any candidate in the 2016 presidential election. Graham said that it was important for Evangelicals to be involved in the political process, but that he would not endorse any candidate.