A notorious producer of junk news churned out yet another hoax. 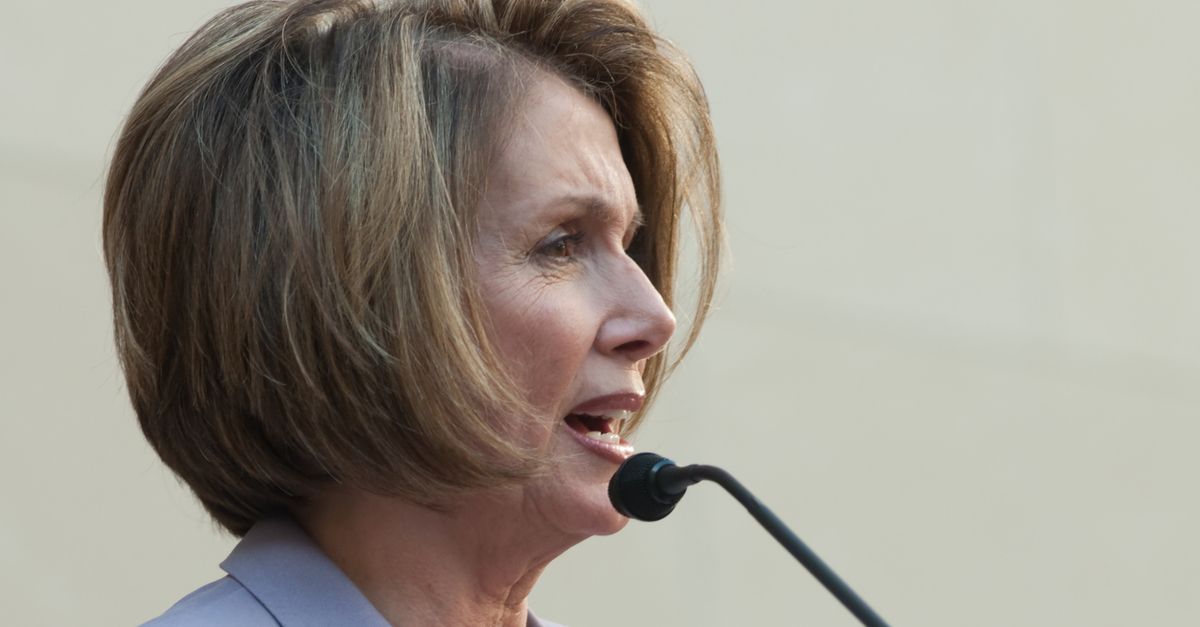 Claim:
In May 2019, a conference of U.S. governors voted to impeach U.S. House Speaker Nancy Pelosi, setting the table for her removal from office.
Rating:

In May 2019, a notorious producer of junk news (presented as satire) published an article stating that a group of U.S. governors had voted to impeach the Speaker of the U.S. House of Representatives, Democrat Nancy Pelosi, and remove her from office.

On 24 May, the website DailyWorldUpdate.us posted an article with the headline "Governor's Conference Votes 32-18 to Impeach Nancy Pelosi," which went on to declare that:

"The United States Constitution calls for three steps to remove a Speaker of the House from power. First, the White House has to file impeachment papers in court, which RUDY GIULIANI DID already. Next, the Conference of American Governors has to enter a supermajority vote of 'no confidence' in the public record.

This morning, that vote was entered as 2 Democrats joined 30 Republicans in securing the needed numbers. The vote will be recorded by the Secretary of State and delivered to the Senate for the third and final step in the impeachment process."

Those claims were false. First, the U.S. Constitution does not outline a process for the impeachment or removal of a speaker of the House of Representatives. Second, Rudy Giuliani (former mayor of New York and currently an attorney for President Donald Trump) has not "filed impeachment papers" against Pelosi. Third, the organization of U.S. state governors is the National Governors Association (NGA), not the "Conference of American Governors," and the NGA has not held any vote on the impeachment of Pelosi — in part because the NGA is a non-profit organization focused on the governance of the U.S. states and territories and has no role in the affairs of the federal government.

The article contained clues that it was a hoax. The phrase "three steps" linked to a Google Translate form containing the words "This is about to get really, really stupid," and the article identified "Art Tubolls" as the lieutenant governor of New Hampshire, an office that does not exist in that state. "Art Tubolls" is an anagram of "Busta Troll," a moniker used by Christopher Blair, who runs a network of junk news websites and social media pages including "America's Last Line of Defense."

Furthermore, the article was listed on the website DailyWorldUpdate.us under the category "The Fictional Impeachment of Nancy Pelosi," and the website describes its content as "Satire for flat earthers, Trumpsters and y'all Qaeda."