Did Google Remove Photos of Bill Clinton with Jeffrey Epstein from Search Results? 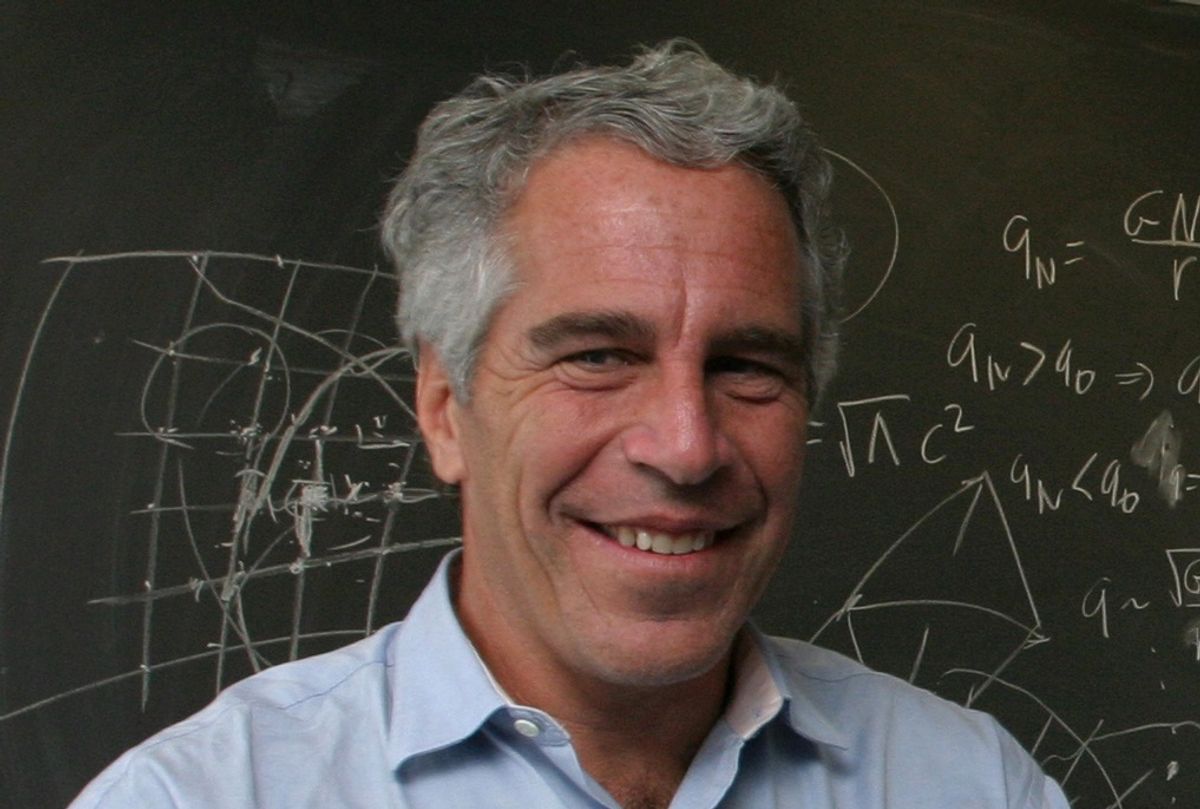 In July 2019, registered sex offender and hedge fund manager Jeffrey Epstein was arrested on charges relating to the sex trafficking of minors. In addition to the severity of the alleged crimes, Epstein's arrest made headlines due to his connections to well-known public figures and politicians, including President Donald Trump and former President Bill Clinton.

The news of Epstein's arrest sent political partisans into overdrive as they attempted to show that politicians on their side were less involved with Epstein than politicians on the other side. So when images of President Trump with Epstein were published by news outlets and circulated on social media, his defenders were upset not to see similar images of Bill Clinton with Epstein being given equal prominence. This led to a rumor that Google was "scrubbing," "removing," or "deindexing" images of Clinton and Epstein together from search results as part of a cover-up to protect the Clintons.

Twitter users Paul Sperry, Jack Murphy, and BNL News all claimed, without evidence, that images of Epstein and Clinton together had been removed from Google's search results, and their tweets were collectively shared thousands of times over: These claims are without merit. These tweets provided no evidence that images of Clinton with Epstein could be found on Google prior to the latter's arrest in July 2019, nor any proof that Google had removed these alleged images from their search results in the aftermath of Epstein's incarceration. In fact, they provided no evidence that photographs of Clinton with Epstein even existed at all.

Twitter user Robert Barnes inflated this rumor by claiming that while Google wouldn't show photographs of Epstein and Clinton together, such images were findable using other search engines, such as DuckDuckGo: This simply wasn't the case.

We searched for images of Clinton together with Epstein on Google, Yahoo, Bing, DuckDuckGo, and Yandex. The results for all five of these search engines were similar, with none of them turning up a genuine photograph of Epstein together with Clinton:

A spokesperson for Google told us that no images of Epstein or Clinton were removed from their search results and that the company did not make any manual changes to its algorithm to alter which images would be displayed for related searches.

We also checked right-leaning websites such as Breitbart, the National Review, and the Daily Caller to see if they had published any pictures of this pair together, but yet again we came up empty-handed.

Of course, the lack of pictures doesn't mean that Bill Clinton didn't have a friendly relationship with Jeffrey Epstein. The former president reportedly took several trips on Epstein's private jet, and in 1995 Clinton and Epstein were both on the guest list for a "small dinner party" hosted by Revlon mogul Ron Perelman to raise funds for the Democratic National Convention: 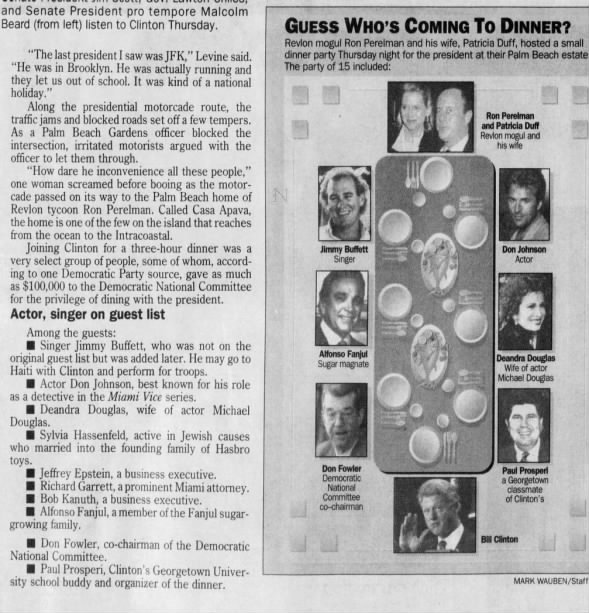 At the time this article was originally written, images of Clinton and Epstein together didn't turn up in searches on Google, Bing, Yahoo, Yandex, or Duck Duck Go. That changed, however, after Snopes uncovered a photograph of Epstein and Clinton that was published in a 2003 print edition of Vanity Fair magazine. The claim that Google is censoring these images can further be debunked by examining the company's search results in the days following the publication of our article. On July 23, 2019, shortly after we published an image of Clinton with Epstein, it appeared on the front page of Google's search results: