Was Trump Golfing When the 2020 Presidential Election Was Called?

On an historic day in America, rumors held that the incumbent president spent the key moment on a golf course. 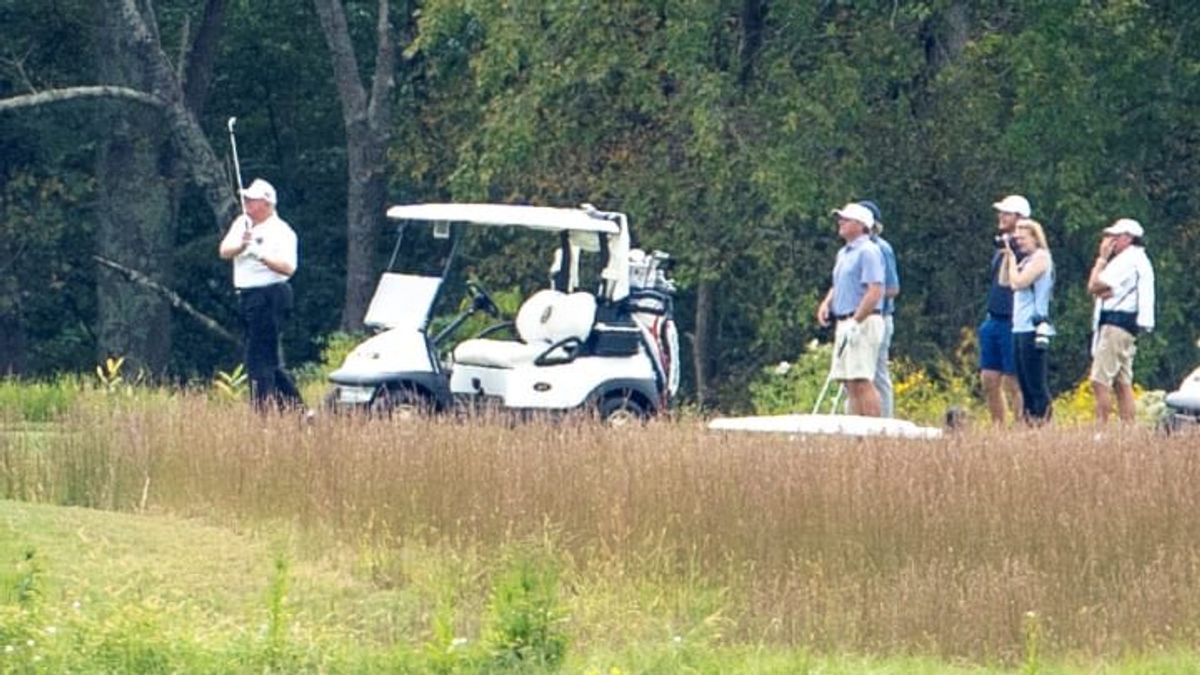 Claim:
U.S. President Donald Trump was golfing when Joe Biden was projected as the winner of the 2020 presidential election.
Rating:

On Nov. 7, after the country waited for several days of counting ballots in the 2020 U.S. presidential election between Democrat Joe Biden and President Donald Trump, the race was called by most of the major U.S. news media in Biden's favor. At the time of that historic announcement, social media users alleged Trump was taking a break from electoral politics on a golf course:

The rumors were true.

At Trump's golf club, Associated Press photographer Patrick Semansky snapped a photograph of Trump holding a golf club in his left hand while standing alongside three unidentified people also holding clubs, as well as picture of him completing a golf swing: Multiple news reporters confirmed the president's schedule, that he was golfing when Democrats began celebrating Biden's win and the Trump campaign issued a statement contesting the election's outcome.

"He was playing golf as all of this was going on," a FOX News host said.

Trump left the golf club about two hours after his arrival, according to the press pool reports. FOX news reported he was heading to the White House.

As of this writing, no evidence suggested Trump would be conceding defeat anytime soon.

In sum, considering the photographic evidence of Trump at the golf club when Biden was projected as the president-elect as well as the press pool reports of the same, we rate this claim "true."