Did This Golf Robot Hit a Hole-in-One?

With advancements in robotics and computer generated images, it can be difficult to tell what's real and what's not. 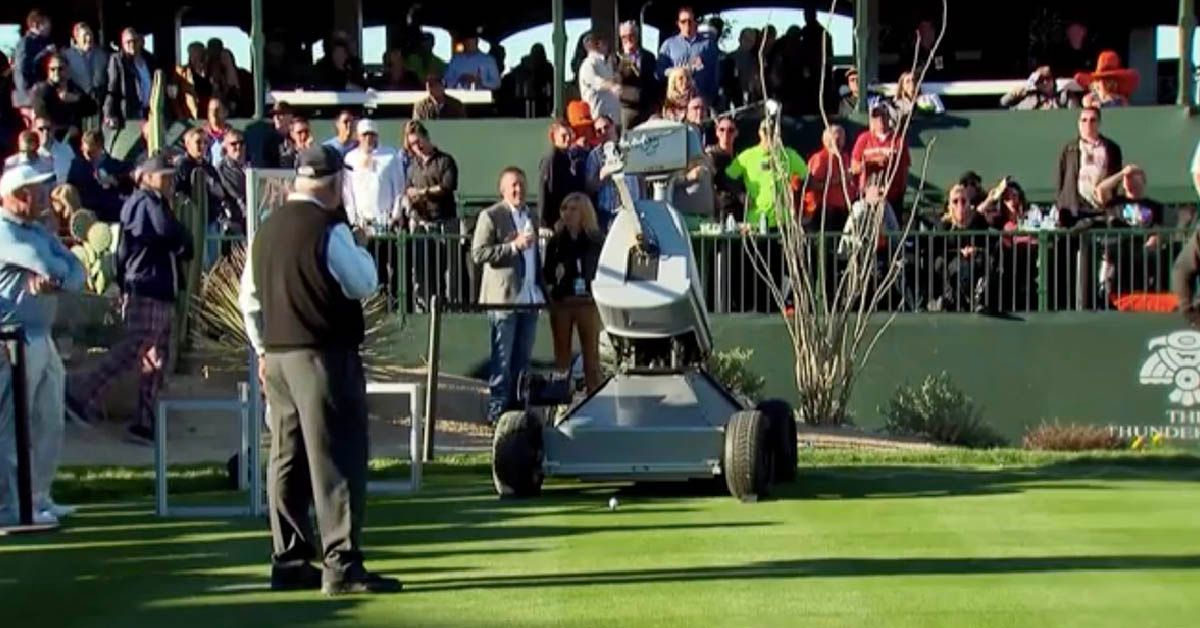 Robotic laboratories such as Boston Dynamics have created some impressively agile and skilled robots over the years that can run, climb stairs, pick up objects, and perform other basic tasks. At the same time, digital editing software has made it easier to create computer generated images of realistic looking robots. So when readers came across the following video in October 2019 that supposedly showed a robot hitting a hole-in-one, some weren't exactly sure what to think. Was this a feat of mechanical engineering? Or just another digitally created hoax?

This is a genuine video of a robot golfer hitting a hole-in-one.

This video was filmed in 2016 at the TPC Scottsdale golf course in Arizona and shows a robot named LDRIC. The robot's name stands for Launch Directional Robot Intelligent Circuitry, and is pronounced "Eldrick," which is the actual first name of professional golfer Tiger Woods.

Get ready to meet the next big thing in golf. LDRIC (Launch Directional Robot Intelligent Circuitry) is a robot that sunk a hole-in-one at a PGA event this week

The robotic sports star's moniker is — phonetically — in honor of Tiger Woods's birth name, "Eldrick." The robot made the hole-in-one on the 16th hole of the Waste Management Phoenix Open in Scottsdale, Arizona, on Wednesday.

LDRIC was developed by Golf Laboratories, a robotics company that develops machines like this one to test out new golf club designs. Pro golfer Gary McCord collaborated with the company on the robot. LDRIC has a pretty powerful swing — it can hit a ball up to 130 mph and can replicate the swing of any golfer out there, its developers say.

According to NPR, it took LDRIC five attempts to sink this hole-in-one.

LDRIC was designed by Gene Parente of Golf Laboratories to test golf equipment and can replicate a variety of shots. Here's a video of Parente, professional golfer Gary McCord, and LDRICK on the golf course:

LDRIC The Golf Robot - HD from The Golf Agency on Vimeo.

“Golf is an incredibly difficult game," Parente said. "To see it done well and consistently is attractive to the average player, the better player and the beginning player. And, to see it done by a robot is just cool! Not only does LDRIC play golf, it can duplicate any swing under highly repeatable conditions. We can simulate launch conditions, swing trajectory, landing angles – all of the technical data you can think of, we can duplicate.”