Is This a Photograph of Goldie Hawn and Kurt Russell in Donald Trump Campaign Shirts? 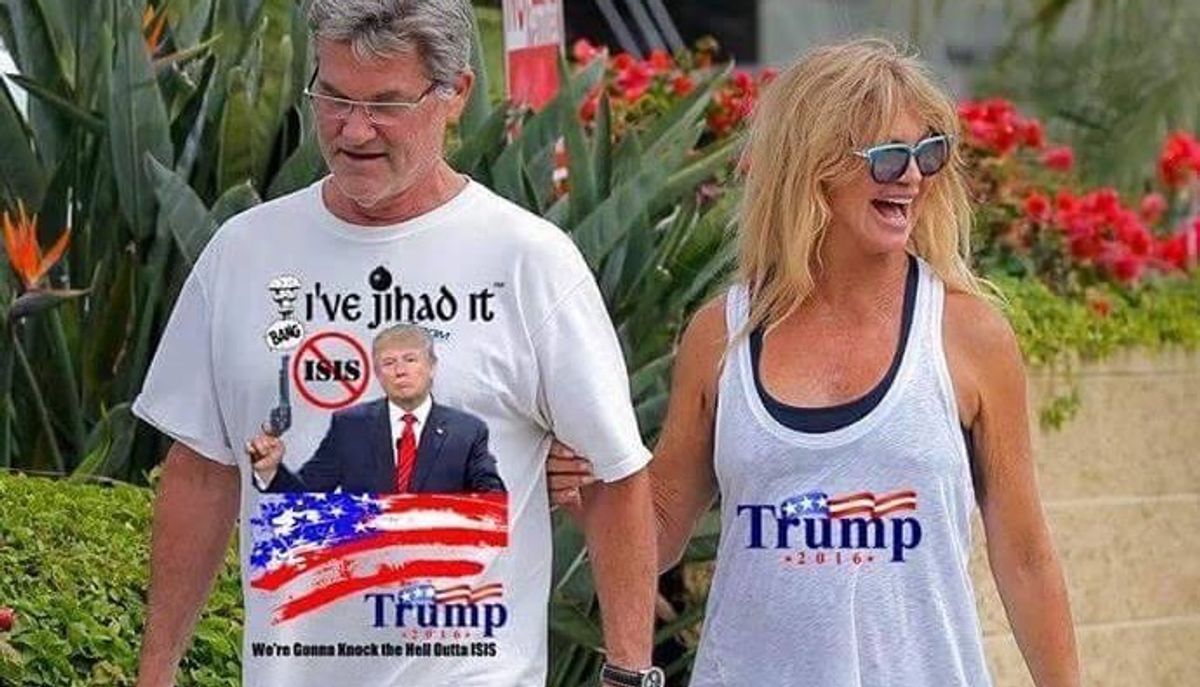 At first glance, the photograph wasn't very convincing because of the contrast between the overlaid imagery and t-shirt fabric. It was fairly easy to prove the image was edited, as it first appeared in mid-2015 (without Trump details): Even if the photograph's editing weren't so sloppy, the existence of the older original photograph gave the hoax away — it's incredibly unlikely paparazzi could have snapped identical (down to the facial expressions) images of Russell and Hawn in both mid-2015 and early 2016.

This social media prank was similar to prior claims that Hillary Clinton had unwittingly posed next to a woman wearing an "I'm with stupid" shirt, or that Harrison Ford posed with a Donald Trump campaign sign.