The Goldeneye 007 title that ended up being released on Nintendo 64 in 1997 perhaps defined an entire generation of video games. 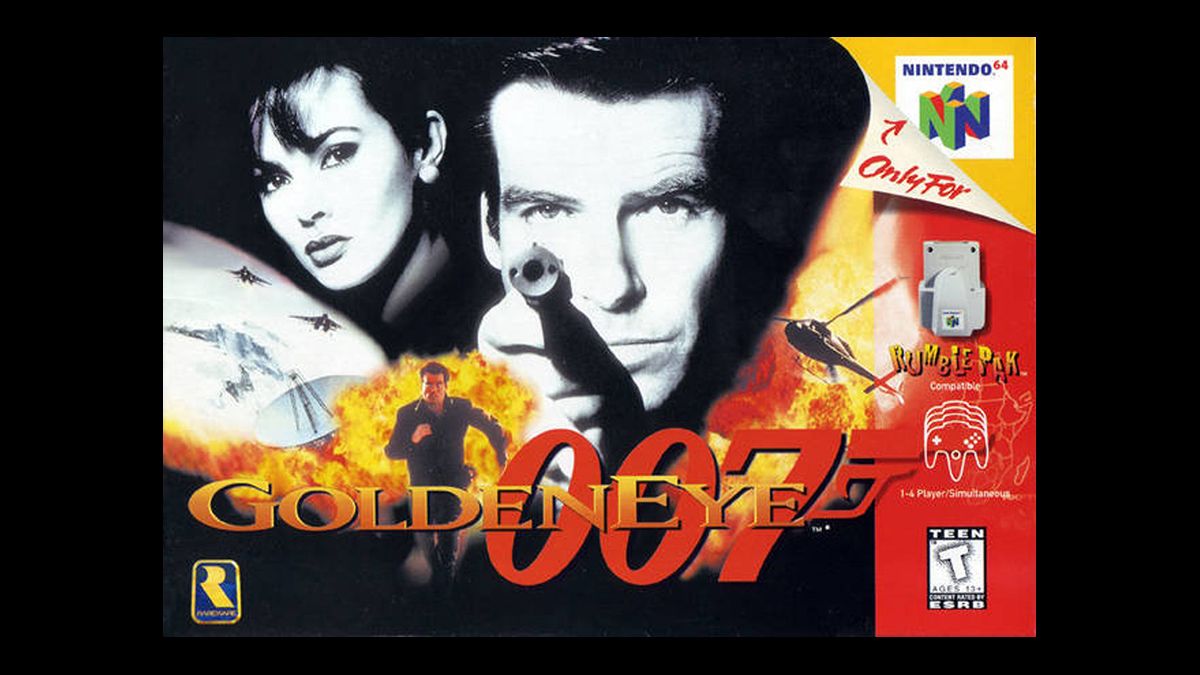 Image Via Nintendo of America

Claim:
The Nintendo 64 video game Goldeneye 007 (1997) was originally intended to be developed for Super NES.
Rating:

On Aug. 25, 1997, Goldeneye 007 was released for the Nintendo 64 video game console. An image that purportedly showed an old, scanned page from "Nintendo Power" magazine appeared to claim that the game was originally destined for the Super NES (Super Nintendo Entertainment System).

When the game was released for N64 by Rare Ltd., it went on to perhaps define an entire generation of video games in the late 1990s. The first-person spy shooter was based on the 1995 James Bond film, "Goldeneye," which featured Pierce Brosnan's debut as the "shaken, not stirred" spy hero. Health on the left, body armor on the right.

The N64 game offered both single-player and multiplayer experiences. GamePro considered it "one of the best movie-to-game translations ever." Adrenaline Vault also said: "Bar none this is the greatest console game ever made."

It is true that "Goldeneye 007" was originally intended for the Super NES.

Sometime between 1995 and 2008, a page from an old issue of "Nintendo Power" magazine was scanned and posted on an old and now nonexistent utenti.lycos.it website.

However, a high-resolution version of the same scanned page was saved and reposted by @AguyinaRPG on Medium.com: It's unclear when exactly the page was originally published, but it appeared to be from 1995.

The page read, in part:

Once, Rolls Royce built luxury automobiles in the vast plant at Leavesden Airfield. Today, they film movies here. In February, Pak Watch dropped in for a look at the new James Bond film, Goldeneye, which is being filmed at the Leavesden Studio near London and around the world. We weren't alone. Tim Stamper of Rare Ltd. (Rarewar) drove down for the press conference, but he was less interested in getting an autograph from Pierce Brosnan, the new James Bond, than in talking to the film's production designers and artists. His interest is in making the Super NES version of Goldeneye as realistic and true-to-the-movie as possible. There was a lot to take in: movie stars, sets, props, scale models, fancy cars, cool gadgets and more.

As for Goldeneye the game, Tim Stamper and the talented team at Rare have just begun the hard work. Pierce Brosnan will appear as Bond just as he does in the movie. Other elements to be imported from the film include the famous Bond theme music, the new BMW Roadster and Q's cool toys. Goldeneye, like Donkey Kong Country, will be a fully rendered game that uses the same ACM (Advanced Computer Modeling) techniques. It's too early to report a release date for the game, but it should appear shortly after the movie.

Over the next two years, the game's development shifted to the Nintendo 64, and the rest is history.

In addition to being originally intended for the SNES, there were also a number of rumors involving Goldeneye 007.

For example, it was true that a lost game map named "Citadel" was found in the game's code with the help of an old GameShark.

A "secret island" could also be accessed in the first level of the game with the use of the cheat cartridge.

However, there wasn't much to do on the little island other than explore.

One falsehood in the history of Goldeneye 007 involved a purportedly hidden "All Bonds" cheat code. The well-crafted April Fools' joke from "Electronic Gaming Monthly" supposedly showed a way to allow players to assume the role of past James Bond actors. Although the whole thing was a gag, it is true that portraits of Sean Connery, Roger Moore, and Timothy Dalton were found in the game's code. This made the whole thing quite a bit more convincing to some gamers. The portraits were available in the game's menu when using a GameShark.

In sum, yes, it is true that Goldeneye 007 was originally intended for Super NES before it landed on the Nintendo 64.