Was a Gold-Colored Trump Statue Spotted at CPAC? 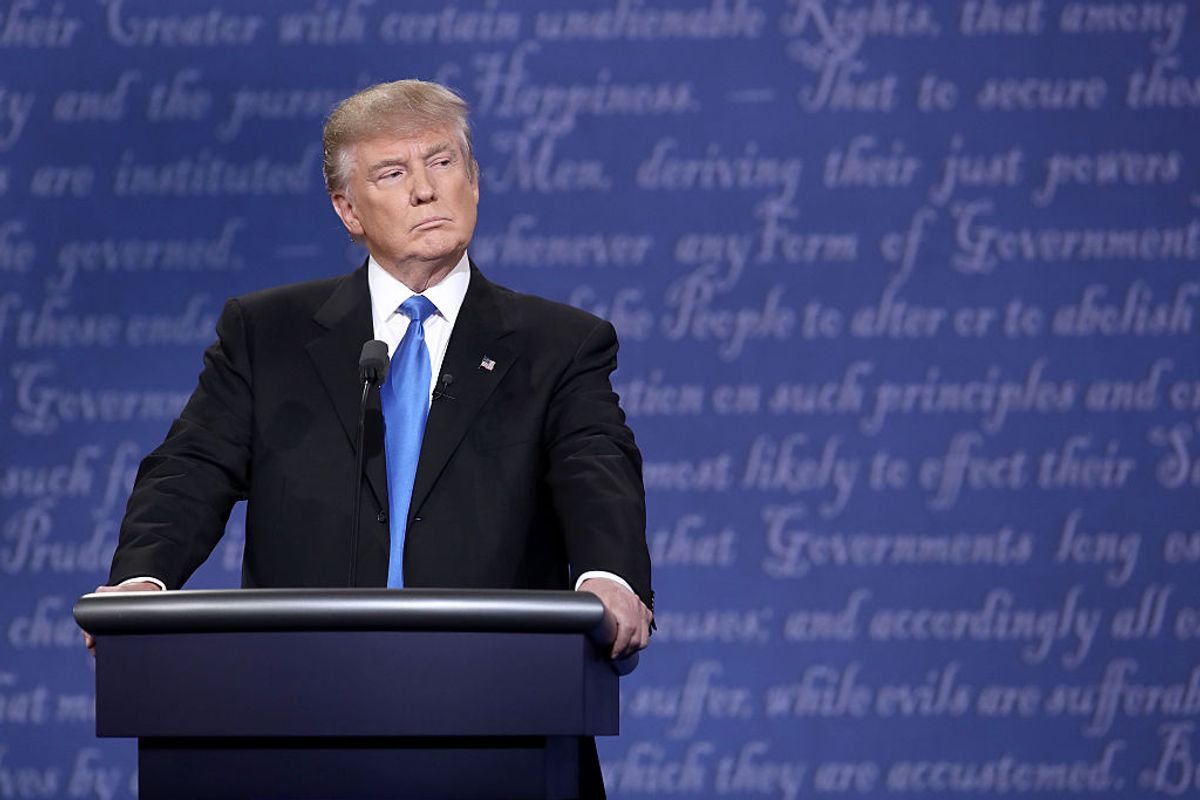 On Feb. 26, 2021, as conservatives gathered in Orlando, Florida, for the first day of the Conservative Political Action Conference (CPAC), a video started circulating on social media that supposedly showed a gold-colored statue of former U.S. President Donald Trump being rolled through the venue:

This footage was captured by William Turton of Bloomberg News. The original posting of this video did not provide much additional information. Turton's tweet was accompanied by the hashtags #CPAC and #AmericaUncancelled, the tagline for this year's event.

Steven Walker, a reporter for the Orlando Sentinel, posted another photograph of this statue at CPAC. Walker reported that this statue was created by artist Tommy Zegan.

According to Zegan's website, the sculpture features a "humorous caricature" of Trump. It stands at 6 feet, 3 inches tall and is made of stainless steel. In one hand, Trump holds a copy of the constitution, and in the other a magic wand, a reference to comment made in 2016 by his predecessor President Barack Obama. Zegan said he hopes the statue will eventually be displayed in Trump's presidential library.

Here's a video of Zegan talking about the gold-colored Trump sculpture back in May 2020:

While this gold-colored Trump statue truly did make an appearance at CPAC 2021, the conservative conference did not commission this artwork and it doesn't appear that this statue was given a prominent position at CPAC.